Video and photos courtesy the USGS Hawaiian Volcano Observatory. A synthesized voice was utilized in the narration for this story.

HAWAIʻI VOLCANOES NATIONAL PARK - The new eruption began with high lava fountains on the crater floor and vent breakouts on the west wall. 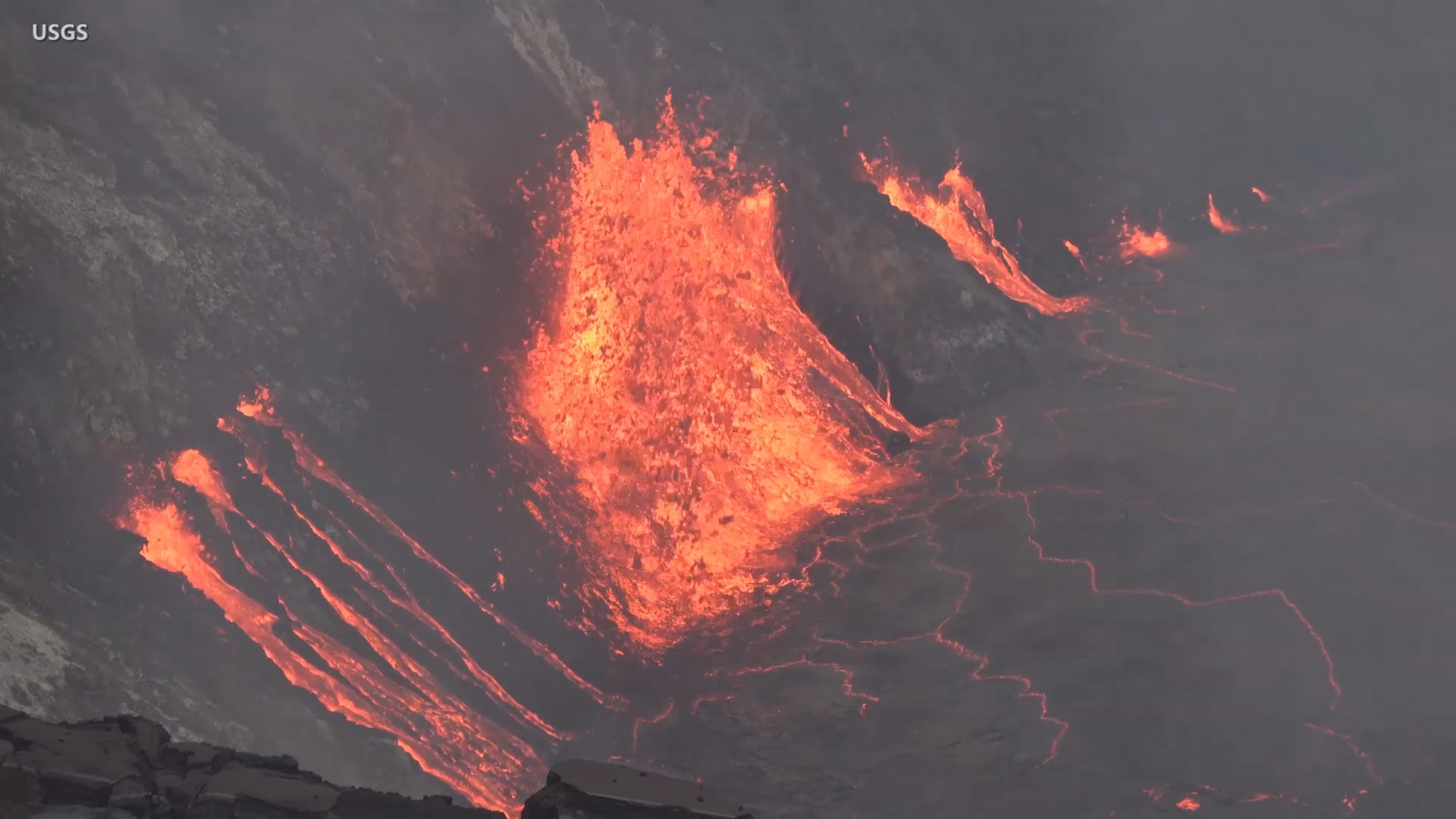 Image of the lava vents erupting on the west wall from video courtesy USGS.

(BIVN) – The new eruption at Kilauea volcano continues, and the first videos of the event have hit the internet.

The USGS Hawaiian Volcano Observatory is monitoring the activity from within a closed area of Hawaiʻi Volcanoes National Park. The eruption began suddenly on Wednesday afternoon, after an increase in earthquakes and deformation only a few hours before.

Among the first videos was this one, showing the dominant lava fountain on the summit crater floor. Overnight, scientists say the solidified floor of the lava lake was already covered by more than 36 feet, or 11 meters, of molten lava. The level of the activated lava lake continues to slowly rise.

The eruption began on the crater floor at 3:20 p.m., and an hour later, a new vent opened on the west wall of the crater. The initial moments were captured in a USGS video. In time, the activity on the west wall grew to include multiple vents.

With the new eruption comes a new Special Weather Statement from the National Weather Service in Honolulu. The forecasters said areas of volcanic glass or Pele’s hair, were observed near the summit Wednesday evening, and were reported by pilots in the vicinity. On the ground, scientists have documented tephra accumulating downwind of the active vents.

As of Thursday morning, the Current Volcano Alert Level for Kilauea is WARNING, and the Current Aviation Color Code is RED. At this time, all activity is confined to the summit area within Hawaiʻi Volcanoes National Park.

Scientists say they will continue to monitor the eruption for changes in activity and volcanic hazards.