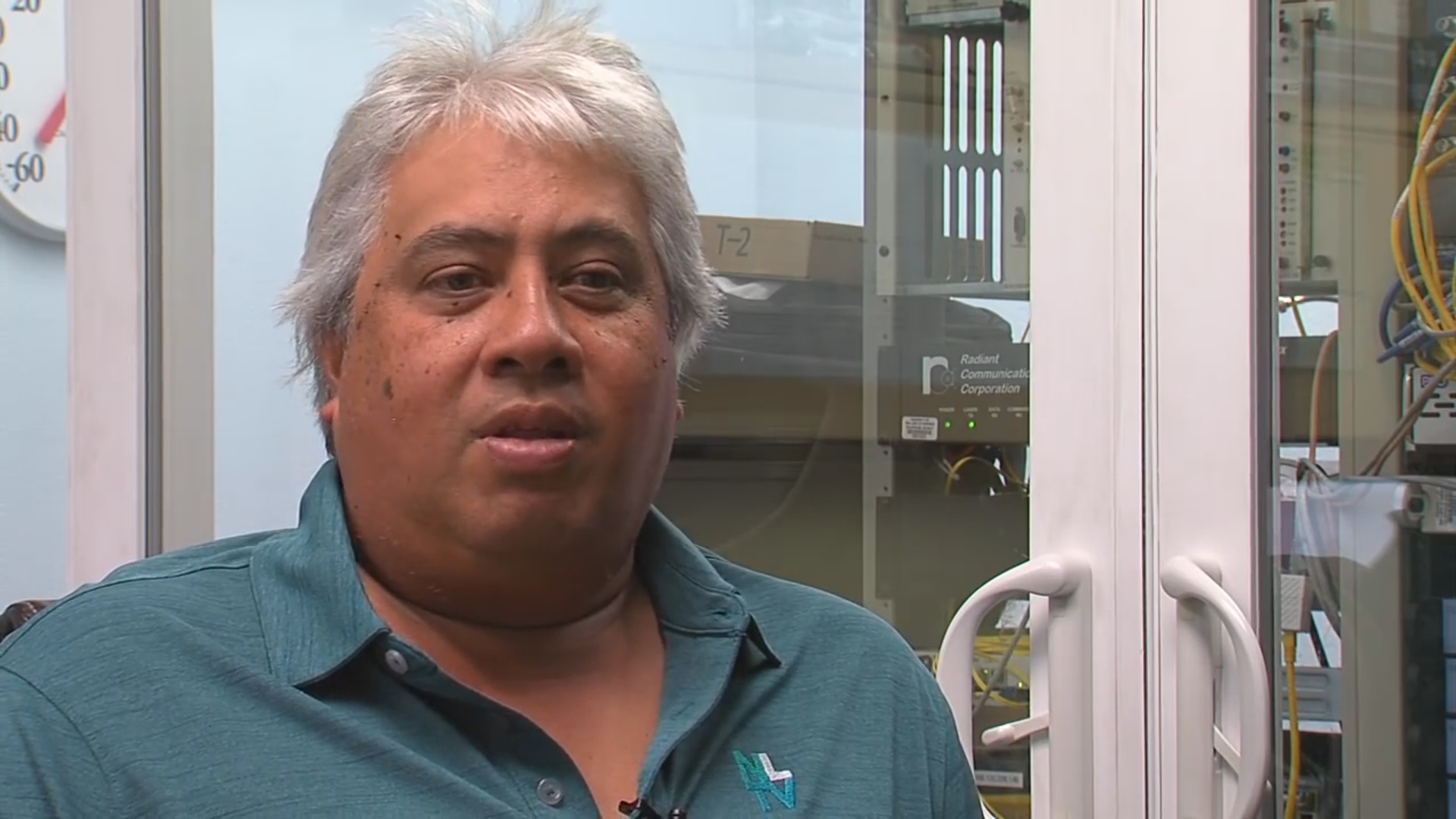 HILO, Hawaiʻi - The former Hawaiʻi County official pleaded guilty to embezzling from AmeriCorps and offering a bribe in return for CARES Act grants. 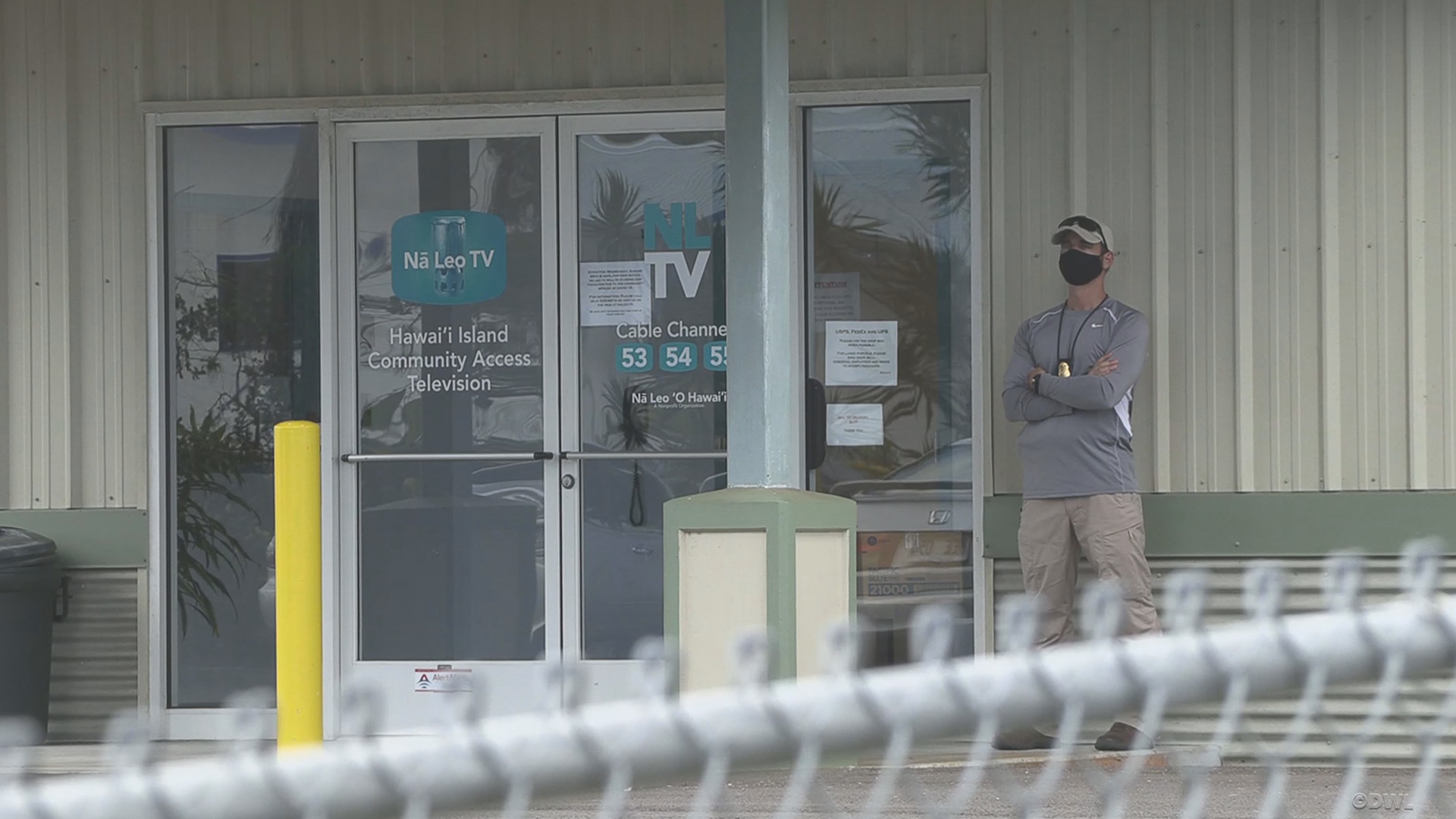 One year after FBI agents executed a search warrant at the Hilo public access TV station, Higa admitted to embezzling from AmeriCorps, and offering a bribe in return for CARES Act Grants, the Department of Justice reports.

This news release was issued by the U.S. Attorney’s Office in the District of Columbia:

Stacy Higa, 58, a former public official from Hilo, Hawaii, pleaded guilty today to embezzling more than $38,000 from AmeriCorps and also to offering a bribe in return for grants under the Coronavirus Aid, Relief, and Economic Security (CARES) Act.

The announcement was made by Channing D. Phillips, Acting U.S. Attorney for the District of Columbia, Deborah Jeffrey, Inspector General of AmeriCorps, and Steven Merrill, Special Agent in Charge of the FBI’s Honolulu Field Office.

Higa pleaded guilty in the U.S. District Court for the District of Columbia to one count each of embezzlement and bribery. Both charges carry statutory maximums of 10 years in prison and financial penalties. Under the federal sentencing guidelines, Higa faces a likely range of between 46 and 57 months in prison and a fine of up to $200,000. The plea agreement requires him to pay $38,642 in restitution to AmeriCorps and an identical amount in a forfeiture money judgment. The Honorable Reggie B. Walton scheduled sentencing for Jan. 13, 2022.

“This defendant has admitted taking money from programs that were designed to help the most vulnerable Americans,” said Acting U.S. Attorney Phillips. “The United States Department of Justice will aggressively prosecute and seek to hold accountable those individuals who choose to abuse their positions of power to enrich themselves at the cost of the American people.”

“Again and again, Stacy Higa betrayed his neighbors, the people of Hawaii, and American taxpayers to serve his greed and vanity by embezzling funds set aside to help communities in need,” said Inspector General Jeffrey of AmeriCorps. “OIG will vigorously pursue allegations of fraud in AmeriCorps programs and will work tirelessly to see that those responsible are brought to justice. I want to thank the FBI’s Honolulu Field Office for its partnership in pursuing this investigation and the U.S. Attorney’s Office in D.C. for overseeing the prosecution.”

“Our communities place great trust and responsibility in our public figures. Stacy Higa ultimately betrayed this trust when he abused his power to embezzle federal funds and participate in bribery,” said FBI Special Agent in Charge Merrill. “The FBI will not tolerate these crimes and will hold perpetrators accountable for their actions. Today’s guilty plea is a direct result of the hard work and dedication the FBI and our law enforcement partners put towards obtaining justice.”

AmeriCorps is a federally funded network of national service programs that address critical community needs like increasing academic achievement, mentoring youth, fighting poverty, sustaining national parks, preparing for disasters, and more. AmeriCorps’ national service members commit to service for a set period, usually a year, in exchange for a living allowance, funding to be used for college tuition, and other benefits.

From June 2011 until May 2020, Higa, a former Hawaii County council member and mayoral candidate, served as the Executive Director of the Hawaii Commission for National and Community Service, the state service commission responsible for administering AmeriCorps programs in Hawaii. From February 2018 through his resignation from the Commission, Higa embezzled more than $38,000 in AmeriCorps funds by signing and authorizing contracts and purchase orders between the Hawaii Commission and two companies that he owned or controlled, without disclosing his control of the companies. Higa spent the embezzled funds on personal expenses including paying for approximately $20,000 of elective aesthetic dental care.

In his plea today, Higa also admitted to carrying out a scheme involving the CARES Act, which was signed into law in March 2020 to provide financial relief to individuals, businesses, states, and localities suffering the economic effects of the COVID-19 pandemic. Among other relief programs, the CARES Act created a $150 billion Coronavirus Relief Fund (CRF) to be distributed to states, localities, and tribal governments to support expenditures incurred due to COVID-19. Government entities that received money from the CRF could use the funds, among other things, to make grants to small businesses to reimburse the costs of business interruption caused by required closures and to provide economic relief for those suffering employment interruption.

In that scheme, Higa admitted to offering financial benefits to Hanalei Aipoalani, who was hired in August 2020 as Honolulu City and County’s Department of Community Service’s CARES Program Administrator. Aipoalani was responsible for administering CRF programs. From August 2020 through October 2020, Higa offered to provide financial benefits to Aipoalani in order to influence the approval of Higa’s applications for two grants totaling $845,000 under the CARES Act. Higa then directed an employee to draft and submit false and backdated invoices under the grants. Higa and Aipoalani discussed opening LLCs on Oahu and using their wives as principals in order to launder the money. As part of his plea agreement, Higa admitted to expecting to receive at least $250,000 in profit from the CARES Act funds.

Aipoalani, 42, of Waianae, Hawaii, separately pleaded guilty in the U.S. District Court for the District of Columbia to embezzling from AmeriCorps and agreeing to accept a bribe under the CARES Act. Aipoalani was sentenced on June 30, 2021 to 46 months in prison and ordered to pay over $532,730 in restitution to AmeriCorps.

On May 17, 2021, the Attorney General established the COVID-19 Fraud Enforcement Task Force to marshal the resources of the Department of Justice in partnership with agencies across government to enhance efforts to combat and prevent pandemic-related fraud. The Task Force bolsters efforts to investigate and prosecute the most culpable domestic and international criminal actors and assists agencies tasked with administering relief programs to prevent fraud by, among other methods, augmenting and incorporating existing coordination mechanisms, identifying resources and techniques to uncover fraudulent actors and their schemes, and sharing and harnessing information and insights gained from prior enforcement efforts.

For more information on the department’s response to the pandemic, please visit justice.gov/coronavirus.

Anyone with information about allegations of attempted fraud involving COVID-19 can report it by calling the Department of Justice’s National Center for Disaster Fraud Hotline at 866-720-5721 or via the NCDF Web Complaint Form at justice.gov.

Additionally, anyone who is aware of fraud, waste, or abuse affecting AmeriCorps or any of its programs, is encouraged to contact the AmeriCorps Office of Inspector General Hotline at 1-800-452-8210 or hotline@AmeriCorpsOIG.gov.

In announcing the plea, Acting U.S. Attorney Phillips, Inspector General Jeffrey, and Special Agent in Charge Merrill commended the work of those who investigated the case from the Inspector General for AmeriCorps and the FBI’s Honolulu Field office. They also acknowledged the efforts of those who worked on the investigation from the U.S. Attorney’s Office for the District of Columbia, including Assistant U.S. Attorneys Peter Lallas and Amanda Vaughn and Paralegal Specialist Mariela Andrade. Finally, they expressed appreciation for the work of Assistant U.S. Attorney Leslie A. Goemaat, also of the U.S. Attorney’s Office for the District of Columbia, who is prosecuting the case.