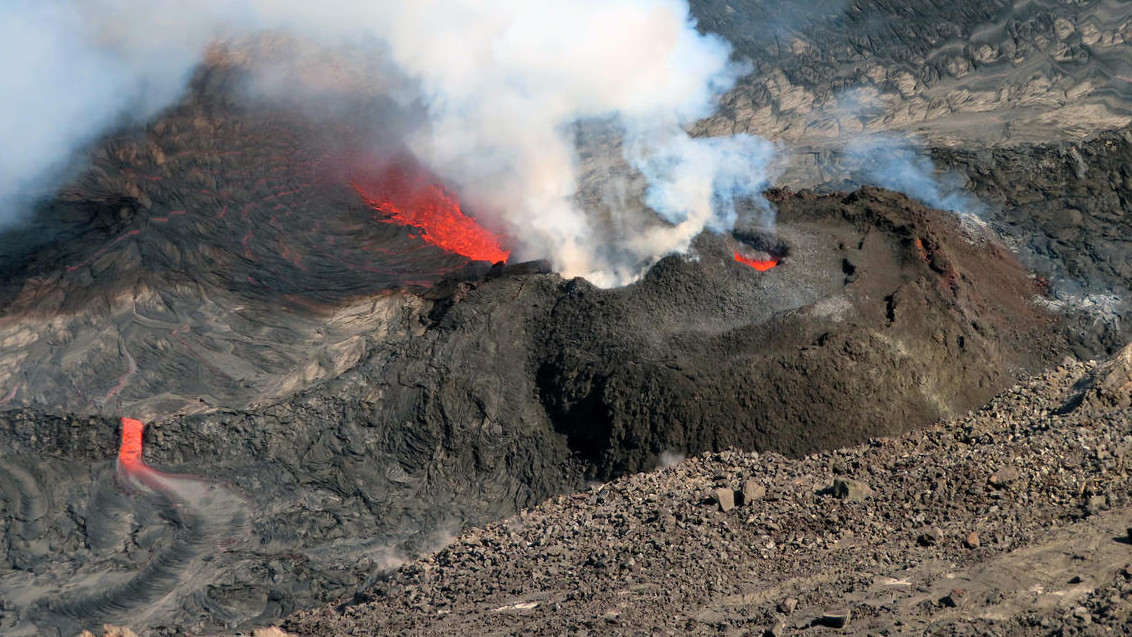 USGS: "View of the west vent cone and outlet channel in Halema‘uma‘u crater, at the summit of Kīlauea. On the lower left is a small channelized overflow, where lava breached a levee and started flowing into a lower area to the west. Photo taken at 1:40 p.m. HST on Nov. 12, 2021, from the western rim." (USGS photo by J.M. Chang) 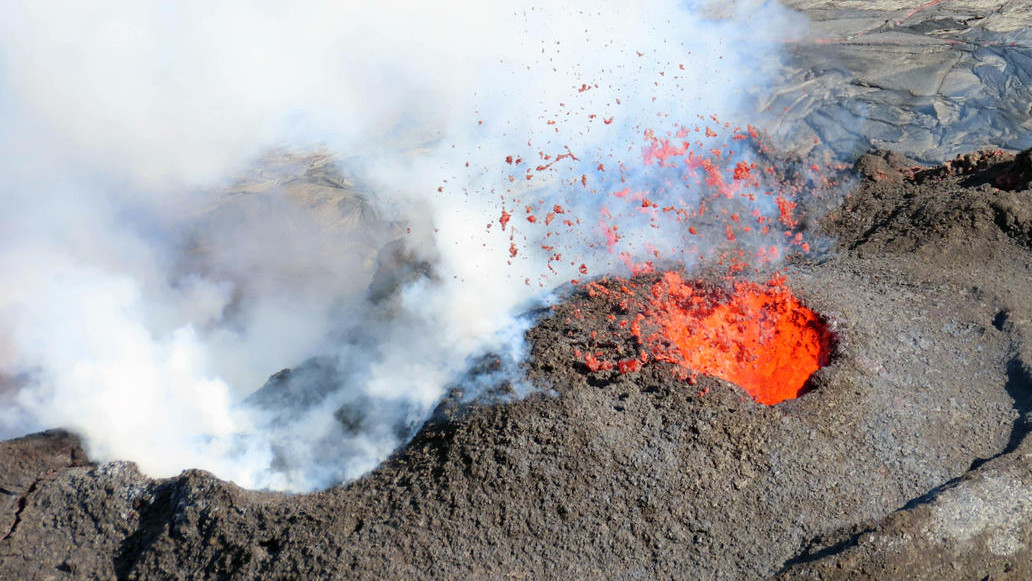 (BIVN) – The USGS Hawaiian Volcano Observatory reported on Monday that Kīlauea volcano continues to erupt at the summit, with all activity confined to Halemaʻumaʻu crater within Hawaiʻi Volcanoes National Park.

Sulfur dioxide emission rates remain elevated, scientists say, and were most recently measured at approximately 2,600 tonnes per day. Neutral tilt has been recorded at the summit over the past day. Earthquake activity remains below background and seismicity remains stable, HVO reports. The volcanic tremor has been elevated since the beginning of the eruption.

Lava continues to erupt from a single vent in the western wall of Halemaʻumaʻu crater. The western end of the lake showed a maximum elevation of approximately 802.5 meters (2633 ft) above sea level by HVO’s permanent laser rangefinder this morning, and a total increase of about 59.5 meters (195 ft) since lava emerged on September 29. Webcams show spatter and ponded lava within the west vent and an increase in the area of active lava at the surface of the lava lake to an extent similar to that observed prior to the decrease in activity on Sunday (November 7, 2021). The total erupted volume since the beginning of the eruption was estimated to be about 27 million cubic meters (7.1 billion gallons) on November 9.

Scientists have observed no unusual activity in the Kīlauea East Rift Zone.