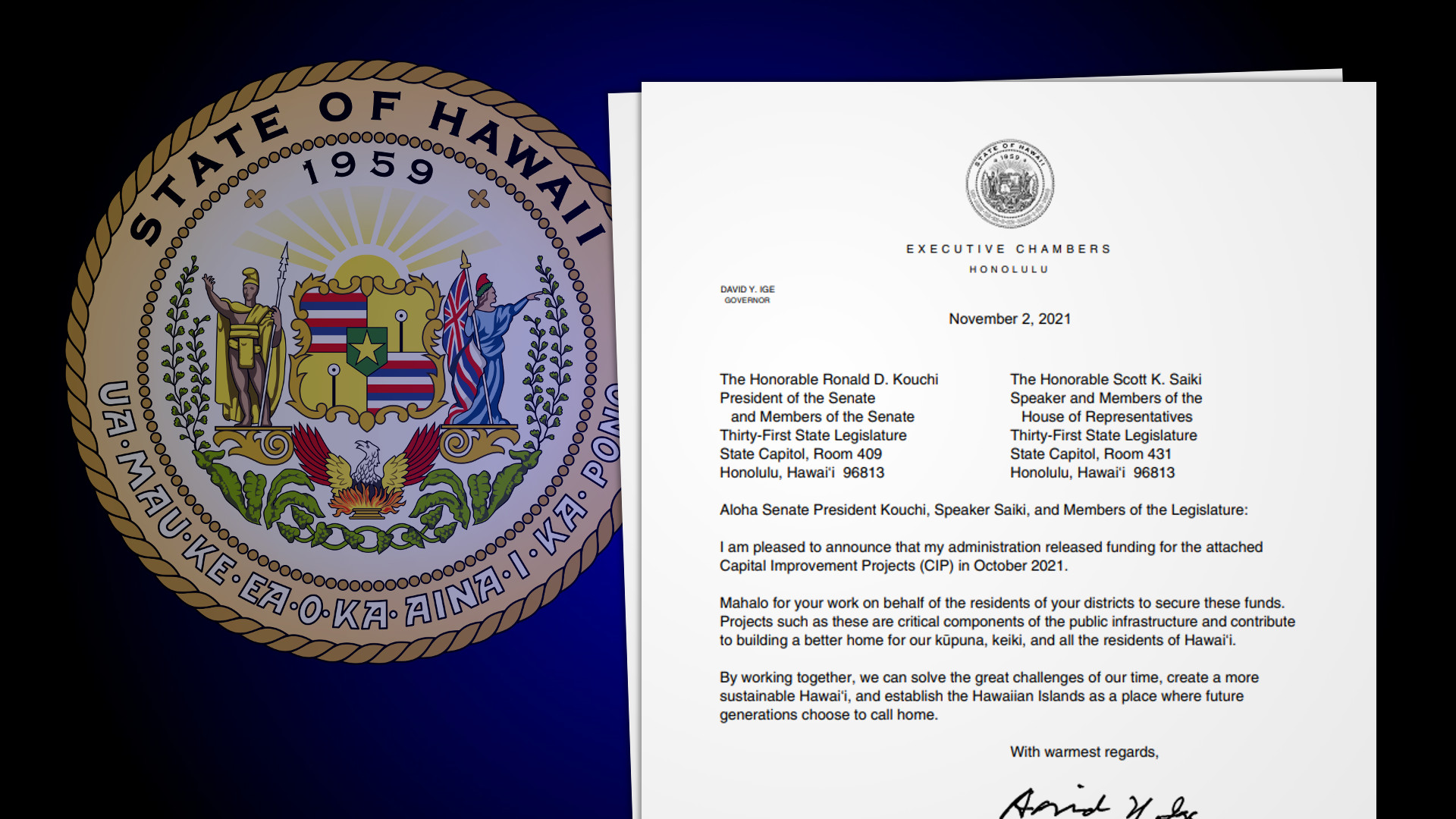 HONOLULU, Hawaiʻi - Millions in CIP funds were released in October 2021, and will be administered by various state departments.

(BIVN) – The State of Hawaiʻi announced the release of $365,283,752 for Capital Improvement Projects statewide, including several on Hawaiʻi island.

“We’re excited about the prospect of building back a better, more sustainable Hawaiʻi. To properly support our keiki and communities, it is vital to maintain and keep building on previous efforts of advancing our state’s infrastructure,” said Governor Ige in a news release. “Some of the funding will go toward constructing new residential lots for DHHL homestead leases, enhancing existing facilities like Wahiawā General Hospital, Nānākale Public Library, and Kahului Airport, and improving public schools by building additional classrooms and sports fields statewide stretching from Waipahu High to Molokaʻi High.”

$2,050,000 has been released to finance land, design, and construction for ADA and pedestrian improvements at various locations, statewide.

$19,720,000 is being provided to fund for various projects in Hawaiʻi Department of Public Safety facilities.

$4,340,000 has been released to finance land, design and construction for the Highway Safety Improvement Program.

$8 million has been released to finance additional construction for major pavement improvements statewide.

$2.5 million has been released to address rockfall and flood mitigation projects that pose imminent danger or hazardous conditions, and another $3.7 million for additional planning for scour evaluations of existing bridges, statewide.

$450,000 has been released to provide funds for plans for multiple transit-oriented development projects in neighbor island counties, statewide.