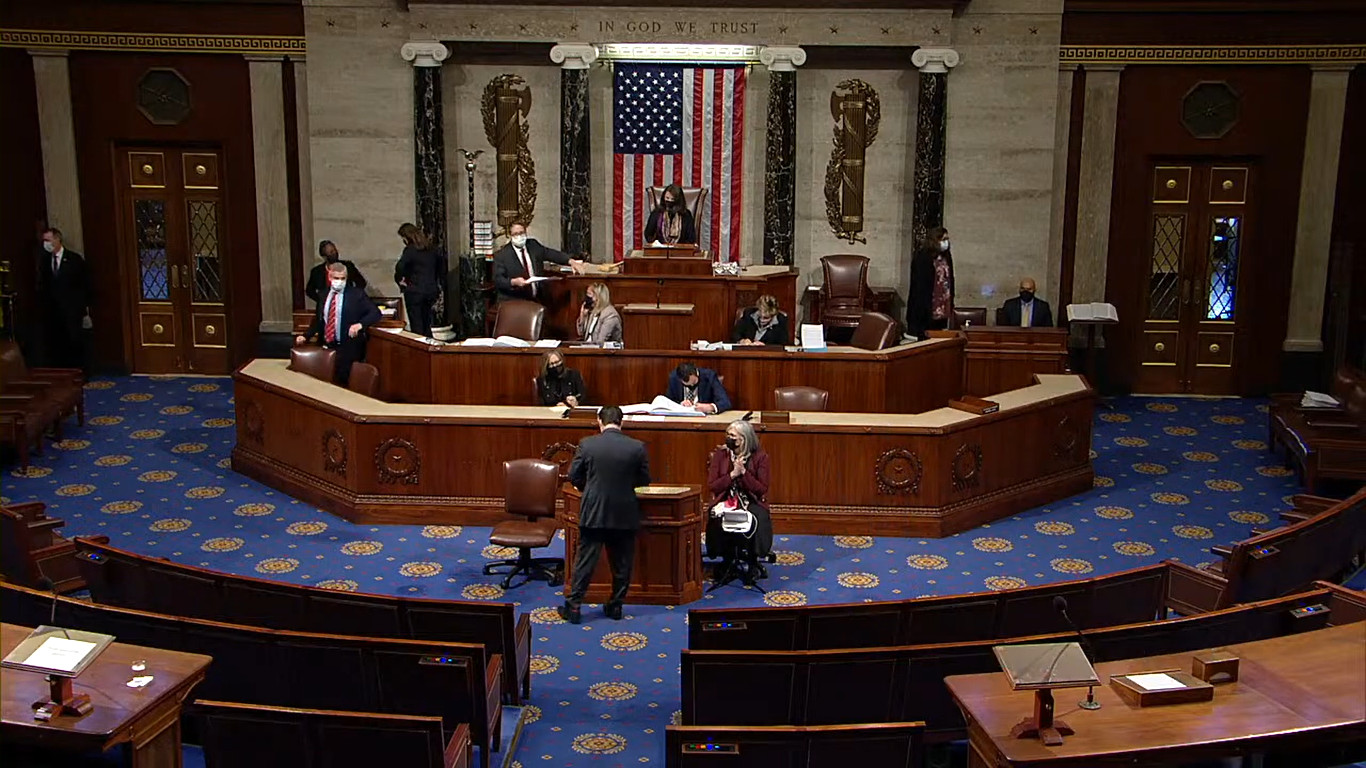 image from video from U.S. House of Representatives

WASHINGTON - The U.S. House of Representatives voted to advance the Build Back Better Act to the U.S. Senate for consideration.

(BIVN) – Hawaiʻi Congressmen Kaialiʻi Kahele (D, HI-02) and Ed Case (D, HI-01) commended the U.S. House of Representatives on Friday for its passage of the Build Back Better Act.

“This legislation delivers for Hawaiʻi,” said Rep. Kahele, who is also a member of the House Transportation and Infrastructure Committee. “Hawaiʻi is on the front lines of the climate crisis, the affordable housing crisis and crumbling infrastructure crisis. Our state needs these critical investments, and I applaud the House for passing the Build Back Better Act to make the robust and equitable investments our communities need. This is a once-in-a-generation investment in the backbone of America: working families. I look forward to continuing to work with my colleagues in Congress and the Biden Administration to pass the Build Back Better Act out of the Senate as soon as possible.”

Also known as the American Families Plan, the $2.1 trillion legislation was approved by the House with a 220-213 vote.

Calling the vote “one of the most consequential” he will ever take, Rep. Case issued the following statement:

“To get it right, for the last few months I have joined many colleagues in taking the time required to fully understand a complicated and often-changing 2,100-page bill, and to assure that it will actually deliver for those most in need and will be a responsible and sustainable investment of our nation’s financial resources.

“After fully reviewing the bill’s provisions as well as a full financial review from our Congressional Budget Office, and further discussing the measure with my colleagues, the White House, my constituents and others, I concluded that I had the information I needed to make a fully informed decision and decided to vote to advance the measure to the Senate for further consideration.

“Among many critical provisions, the bill makes historic investments in combatting climate change, providing our keiki a better start in life, helping struggling families and lowering the costs of health care especially prescription drugs. Equally critically, it does so in a fiscally responsible way as the costs of these investments are largely paid for rather than borrowed and are responsibly and fairly allocated.

“I especially want to thank the thousands of Hawai‘i residents who communicated their views on Build Back Better both pro and con and everywhere in between to me over the last months. Their input has been a critical part of my consideration and decision, and I am grateful for their patience as I have sorted through this decision.

“As the Senate now takes up Build Back Better, it is very important to note that in all likelihood whole parts of the House-passed version will be removed or altered and other provisions added. So, we have a long road to go still to final passage of Build Back Better.

“Nonetheless, House passage is a major milestone to go with the President’s signature into law of our equally historic largest-ever $1 trillion Bipartisan Infrastructure Package just three days ago. I’m especially looking forward to working to assure Hawai‘i receives our full fair share of that investment, which we estimate at upwards of $3 billion for our roads, ports, airports, broadband, schools and much more, to go with thousands of good-paying jobs and a major lift for our economy.”

The office of Rep. Kahele provided the following breakdown of the bill, first highlighting the increased investment in wastewater management funding that Kahele helped to secure:

The Build Back Better Act will now move to the U.S. Senate for consideration.