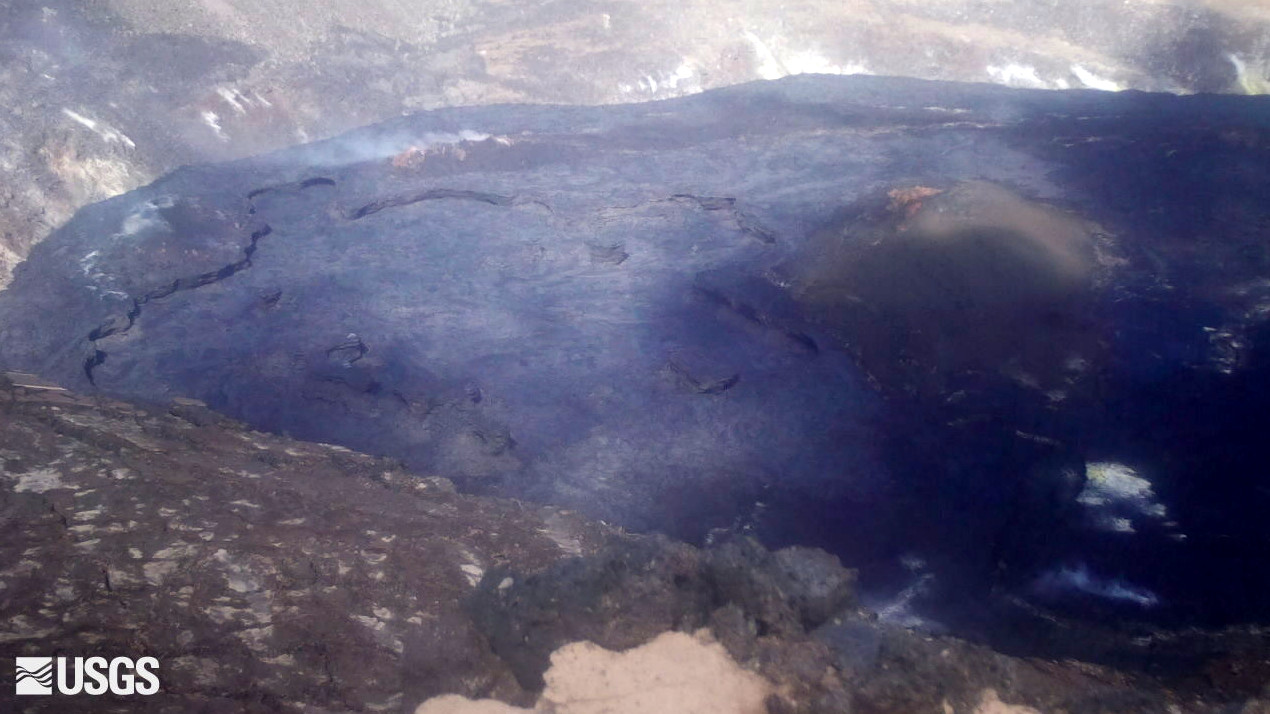 HAWAIʻI VOLCANOES NATIONAL PARK - Over the past day, eruptive activity at the summit of Kīlauea volcano appears to have paused.

(BIVN) – The eruption of Kilauea volcano on Hawaiʻi island seems to have gone quiet.

“Over the past day eruptive activity appears to have paused,” reported scientists with the USGS Hawaiian Volcano Observatory, who added that “minor residual lava activity has been present over the past day.”

This is not the first time there has been a slow down in eruptive activity at the summit caldera since lava emerged on September 29, 2021. All recent lava activity has been confined within Halemaʻumaʻu crater in Hawai‘i Volcanoes National Park, with no unusual activity noted in the Kīlauea East Rift Zone.

From the Monday update by the USGS HVO:

Lava lake activity has declined over the past day and lava supply to lake appears to have paused. Minor residual lake activity continues. This decline in eruptive activity was associated with summit deflation, similar to the pattern observed during the brief pause last week. Summit inflation resumed yesterday evening, and lava supply to the vent may resume in the coming days if activity follows last week’s pattern.

Scientists say a total volume of about 30 million cubic meters (7.8 billion gallons) of lava has erupted since the beginning of the eruption. The USGS Volcano Alert Level remains at WATCH.