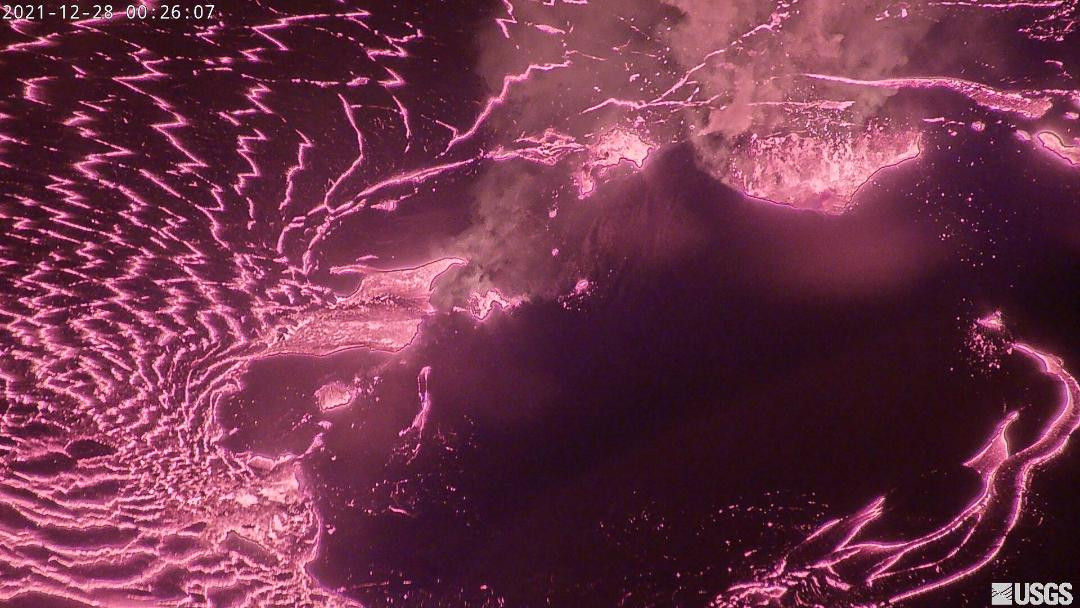 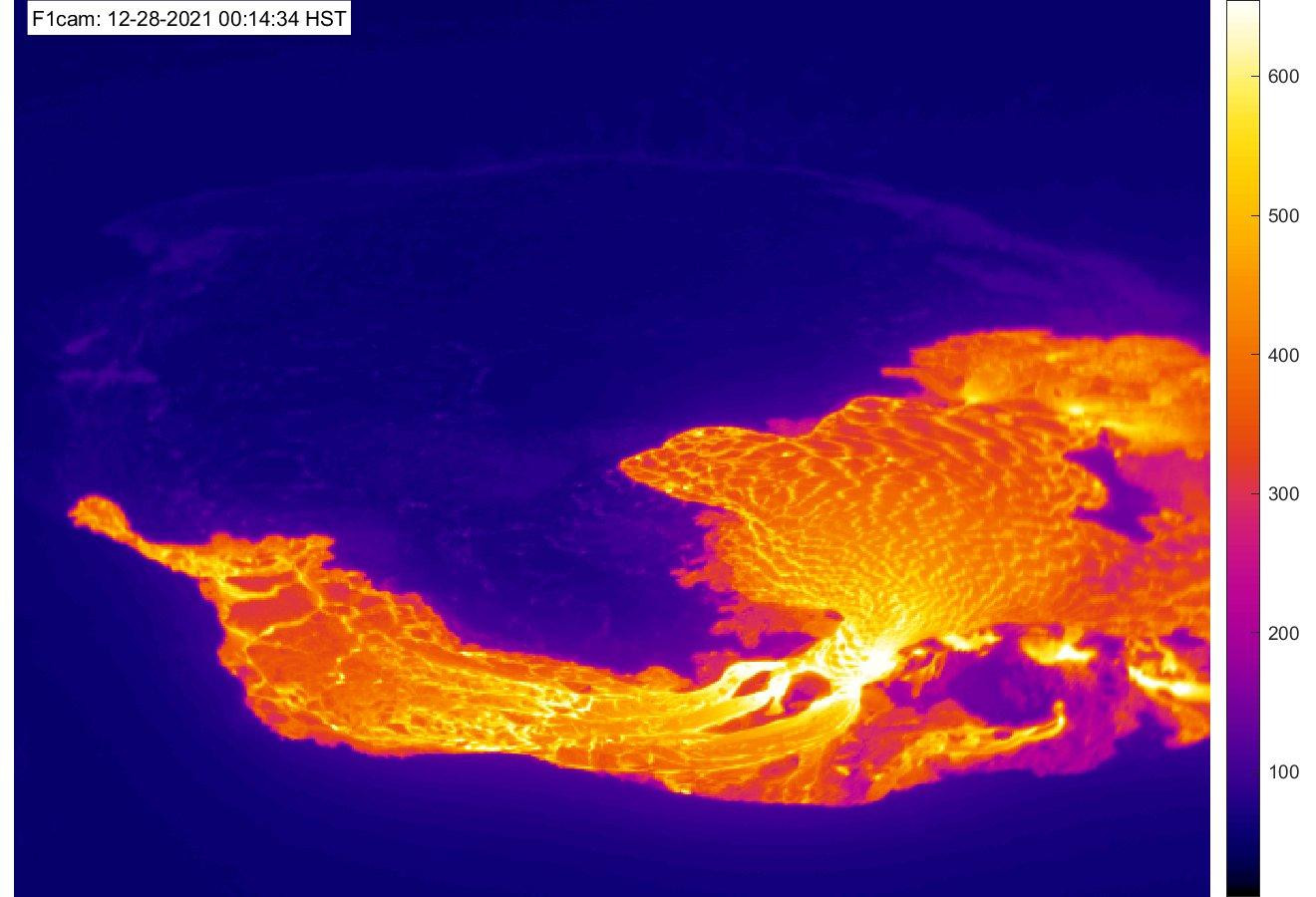 (BIVN) – Kilauea volcano is again erupting lava at the summit in Halemaʻumaʻu crater, ending a two-day pause in eruptive activity.

“New breakouts on the surface of the Halemaʻumaʻu lava lake appeared at 7:10 PM last night following a resumption of strong volcanic tremor around 6:50 PM,” reported the USGS Hawaiian Volcano Observatory on Tuesday morning. “About half an hour after the lava breakouts appeared, the summit began to deflate, reversing the strong inflationary episode of the prior day leading up to the return of eruptive activity.”

Lava lake activity “resembles that observed prior to the recent eruptive pause”, the scientists say, and remains confined within Halemaʻumaʻu crater in Hawaiʻi Volcanoes National Park.

“There are no indications of activity migrating elsewhere on Kīlauea,” the USGS said. “No unusual activity has been noted in the Kīlauea East Rift Zone.”

New breakouts of lava began issuing from the western vent in Halemaʻumaʻu at 7:10 PM last night. The renewed input of lava has rejuvenated the lava lake that was active prior to the recent eruptive pause, occupying the same footprint as before. However, the newly reactivated lake has also been overflowing and feeding substantial lava flows to the north and south over inactive, crusted portions of the lake surface. The lake has seen a total rise of about 70 meters (230 feet) since lava emerged on September 29. Measurements from a helicopter overflight on December 21 indicated that the total lava volume effused since the beginning of the eruption was approximately 38 million cubic meters (10.0 billion gallons) at that time.