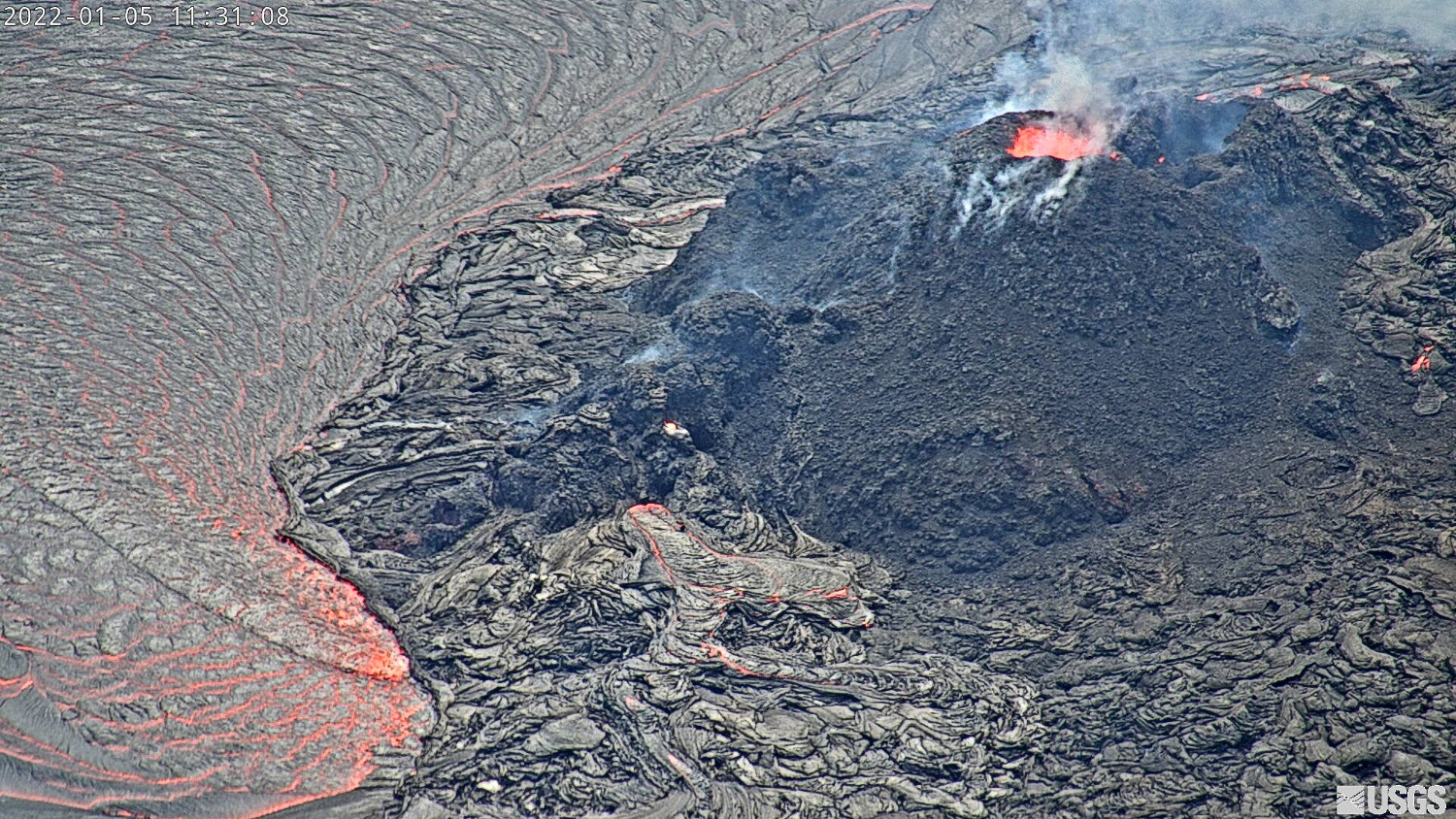 USGS webcam view of the west vent in Halemaʻumaʻu and the lava lake, captured on January 5, 2022 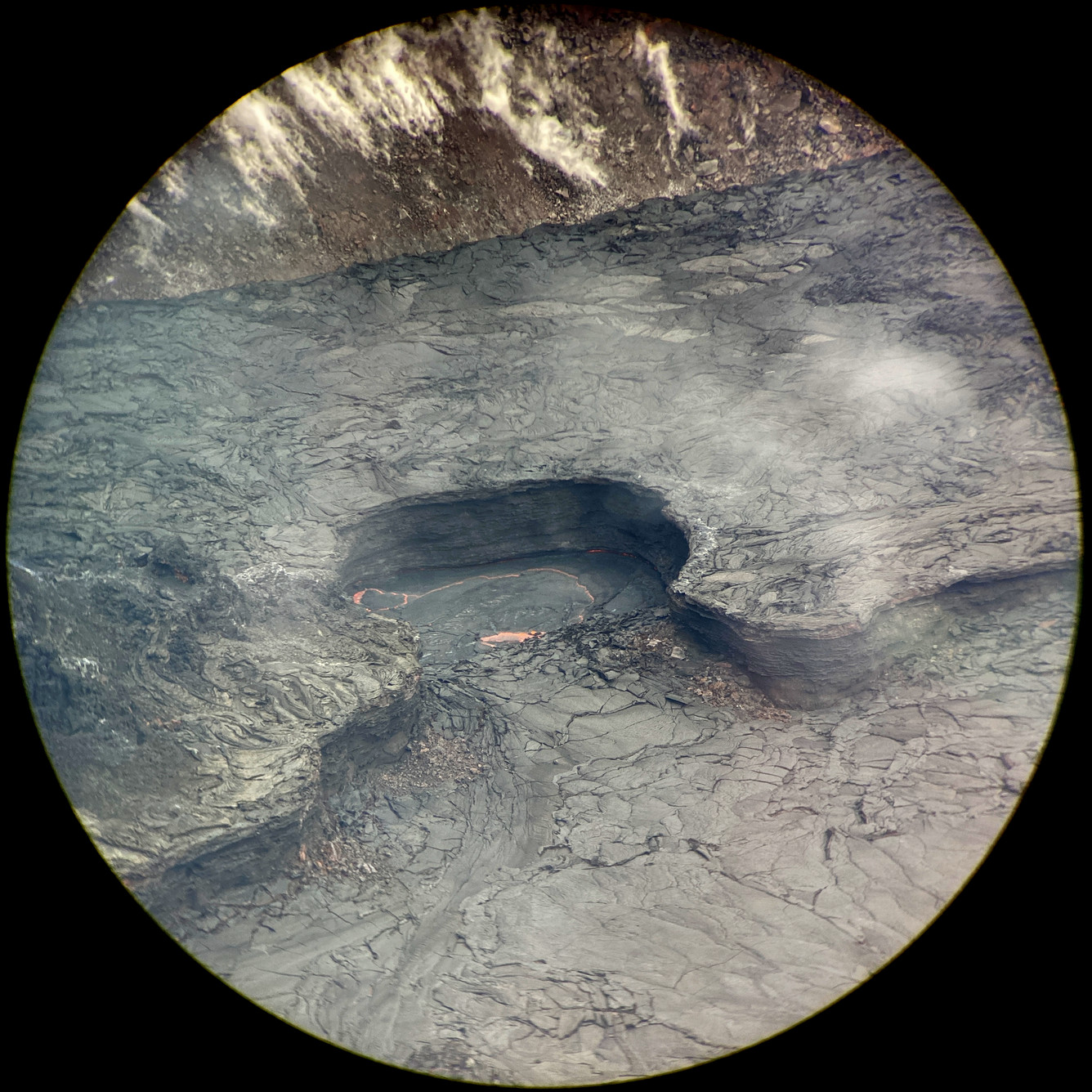 USGS: “During recent multi-day pauses in the ongoing Kīlauea summit eruption, a small portion of the Halemaʻumaʻu lava lake has consistently remained active: a small, ovular lava pond just north of the briefly dormant western fissure. This photo of the lava pond was captured on Thursday, December 30, through the lens of a laser rangefinder device, and the western fissure is just out of frame to the left. Measurements indicated that the lava pond measured approximately 30 meters (98 feet) from end to end at that time. On previous occasions when more vigorous eruptive activity resumed, new breakouts of lava from the fissure and upwelling lava from the pond have reactivated the nearby crusted-over lava lake (lower right). A vertical levee, standing approximately 4 meters (13 feet) tall, bounds the lake and far edge of the pond; distinctive layering in the levee wall marks earlier lava levels when the lake was more full.” (USGS photo by M. Zoeller)

(BIVN) – The eruption at the summit of Kilauea volcano has resumed.

“At approximately 4:00 a.m. this morning, January 5, lava erupting from the west vent ended a 3-day-long pause,” the USGS Hawaiian Volcano Observatory wrote in a Wednesday update. “All recent lava activity has been confined to the crater, and there are no indications of activity migrating elsewhere on Kīlauea.”

From the USGS summit observations:

Summit tiltmeters began recording decreased rates of inflation from about 3:00 p.m. yesterday afternoon, January 4, until the eruption resumed this morning. Volcanic tremor associated with the eruption – as recorded by nearby seismometers – began at approximately 3:40 a.m. this morning. Earthquake activity in the summit region remains below background level. A sulfur dioxide (SO2) emission rate of approximately 5,000 tonnes per day was measured on December 28, 2021 in the summit region while the lava lake was very active.

Scientists say the surface of the lava lake is active again, with several overflows onto older lake crust.

No unusual activity has been noted in the Kīlauea East Rift Zone.