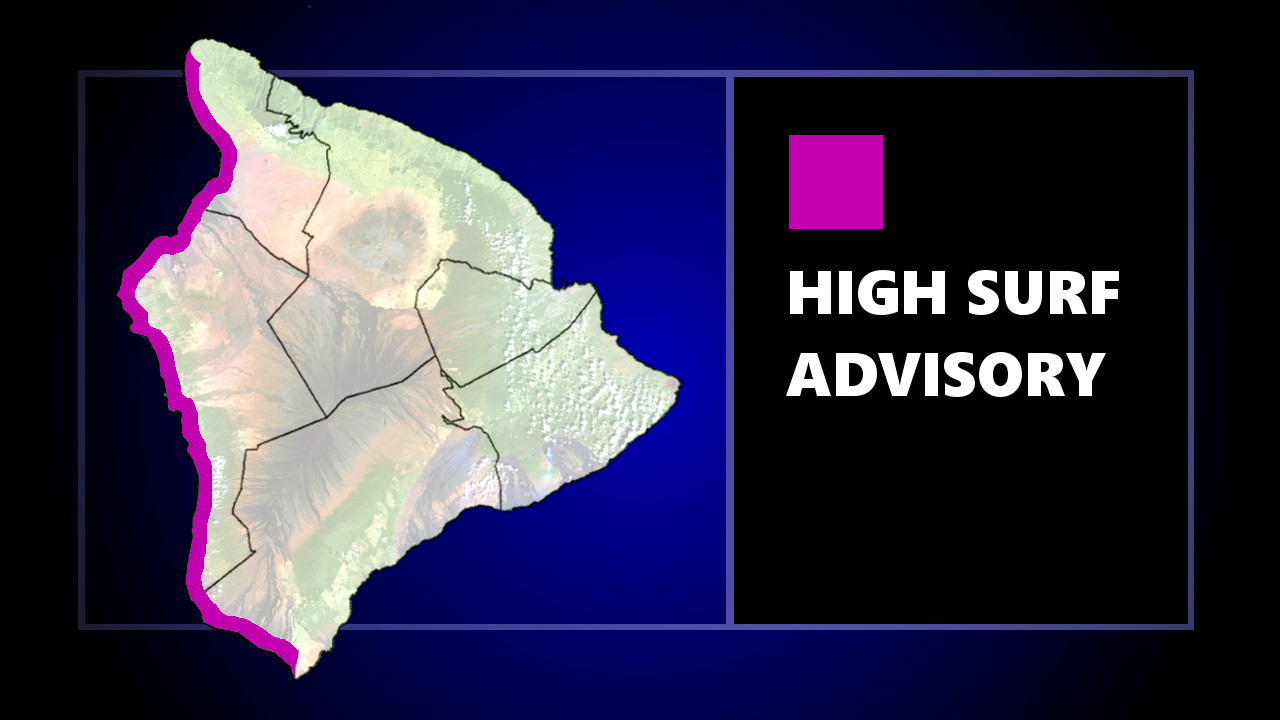 HAWAIʻI - Advisory level surf is expected for West Hawaiʻi as a new swell arrives on Monday.

(BIVN) – The National Weather Service in Honolulu has cancelled the High Surf Warning for West Hawaiʻi shores, and issued a High Surf Advisory in its place.

UPDATE – (10 a.m.) – Hawaiʻi County says the following beaches are closed “due to impacts to the park and dangerous conditions”:

Surf heights along west facing shores from North Kohala to Kaʻū could reach 8 to 10 feet. The advisory is expected to be in place until 6 p.m. Tuesday.

Larger surf is expected for the other Hawaiian islands, where a High Surf Warning remains in effect. From the National Weather Service: