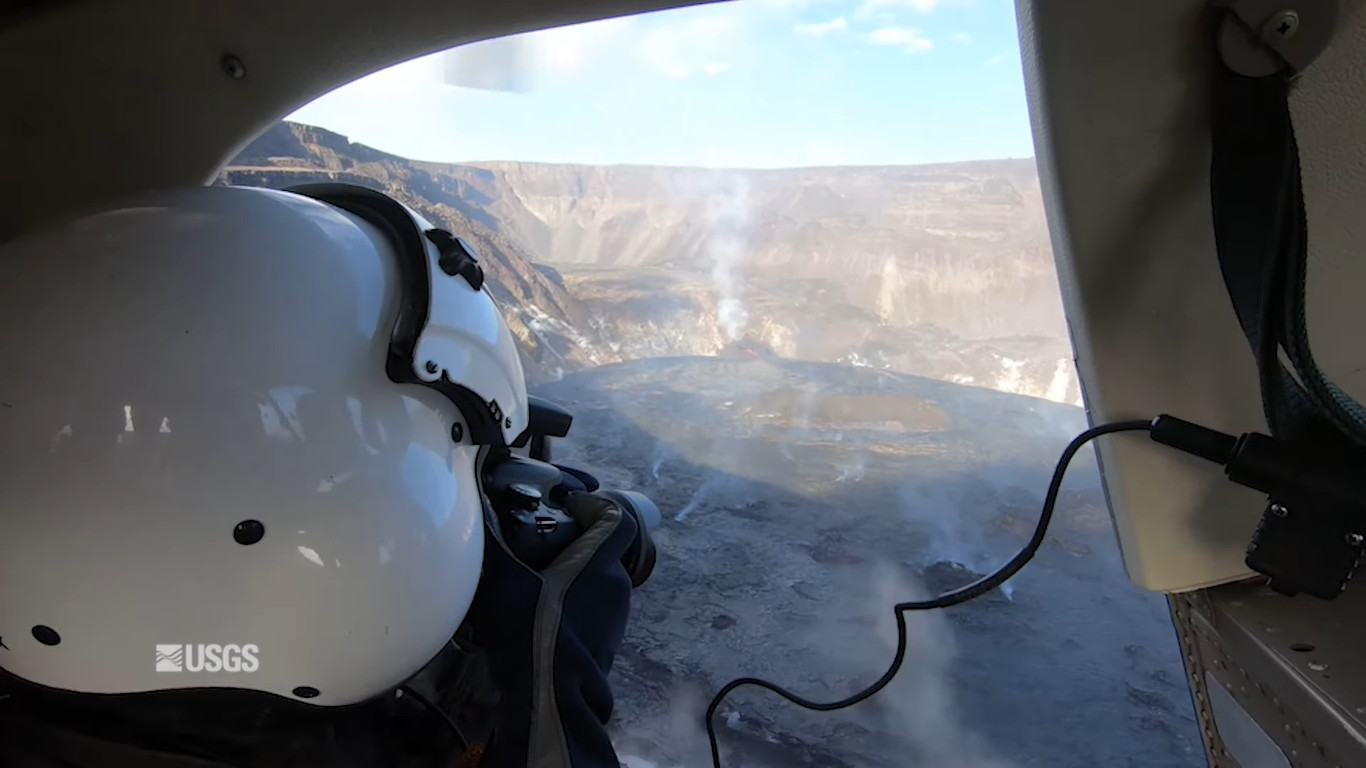 (BIVN) – A technique that helps scientists to rapidly generate maps of eruption activity from aerial imagery is the focus of a new USGS Hawaiian Volcano Observatory video.

In the new Volcano Awareness Month short feature, USGS HVO geologist Brett Carr describes how structure-from-motion techniques have been applied while monitoring Kīlauea’s recent eruptions, “allowing scientists to quantify changes over time such as the volume of lava erupted and surface area covered by lava.”

“HVO geologists use a helicopter or a drone to fly over and around an active crater or lava flow and capture photographs from as many perspectives as safely possible,” said Carr during the video presentation. “The photos are then loaded into the software and processed to create the digital elevation maps. How frequently we conduct these overflights to take photos and make new maps depends on the eruption. For very large and hazardous eruptions, like in the lower East Rift Zone in 2018, helicopter drone flights were conducted, and maps made nearly every day. For smaller and less hazardous interruptions, like those within Halemaʻumaʻu crater over the past year, we will do a flight every week or two.”

The maps “show where the lava is and where it isn’t,” Carr said. “By comparing a new map to a previous map, we can identify what has changed during that time period and calculate useful information such as the volume of lava erupted, the eruption rate, the surface area covered by lava, and how fast a lava flow is advancing.” 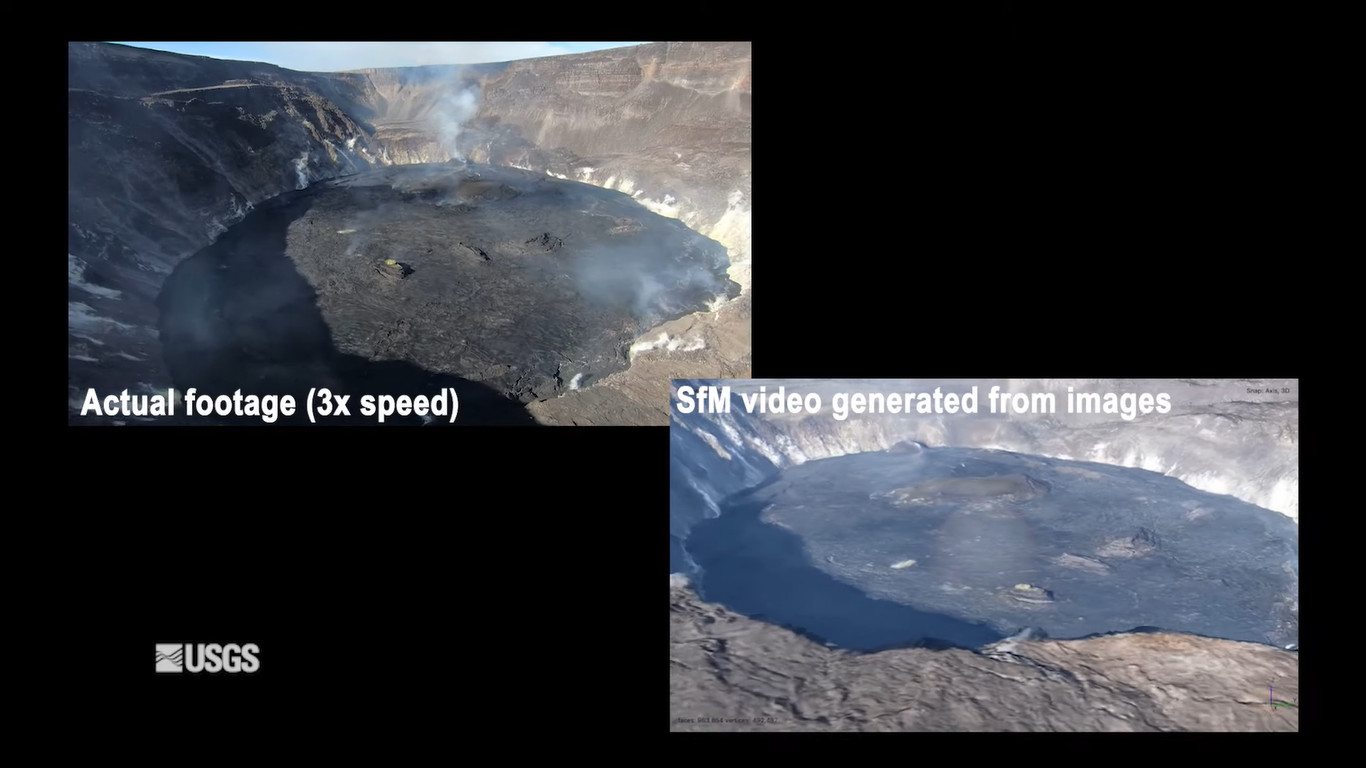 “Conducting multiple overflights, creating multiple maps, and calculating a series of these measurements, allow us at HVO to better understand how an eruption is evolving over time, what are the current hazards, and when an eruption might end,” Carr said. “Working with other scientists at HVO with expertise in earthquakes, ground defamation, and lava and gas chemistry, we can combine our data sets to learn more about the magma plumbing system and how changes inside the volcano relate to the eruptions we see on the surface.”

Volcano Awareness Month will continue through January and will feature more video presentations produced by USGS HVO, in cooperation with Hawai‘i Volcanoes National Park, Hawaii County Civil Defense Agency, and the University of Hawai‘i at Hilo.