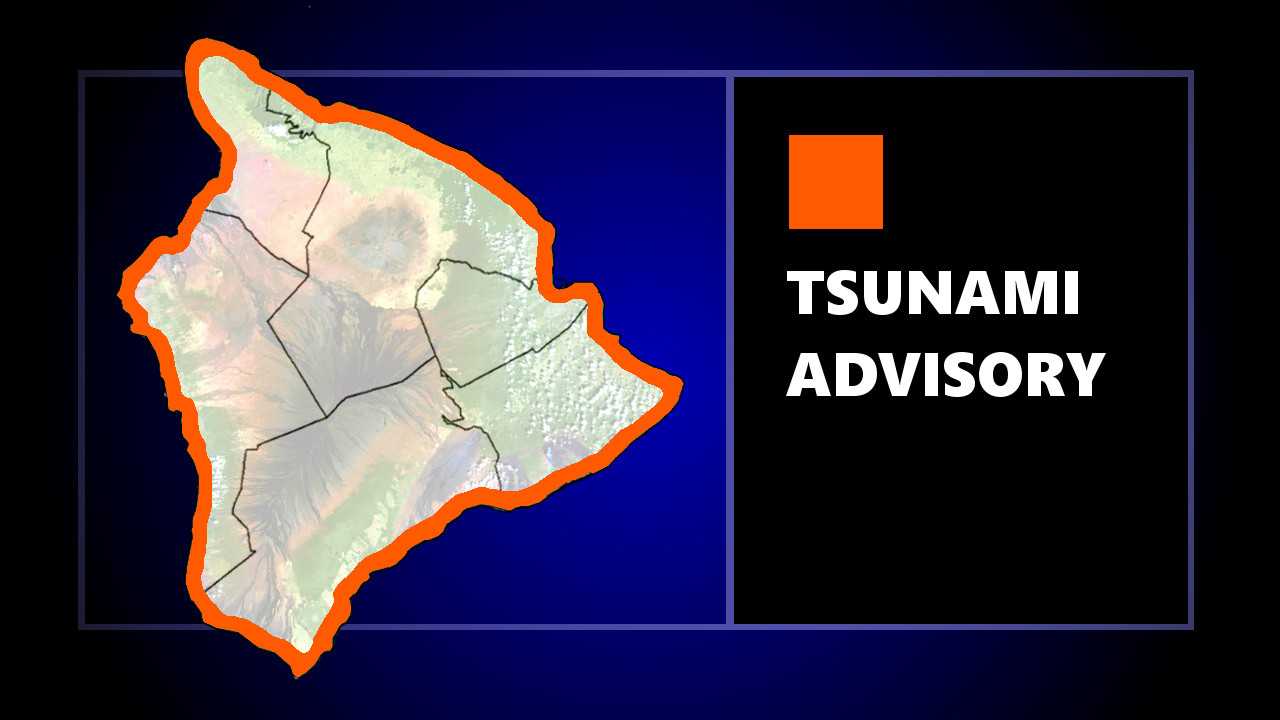 HAWAIʻI - No evacuation order has been issued for Hawaiʻi as of Saturday morning, emergency officials said.

UPDATE – (8:30 a.m.) – The Pacific Tsunami Warning Center has cancelled the Tsunami Advisory that was issued earlier for Hawaiʻi.

(BIVN) – The Pacific Tsunami Warning Center issued a Tsunami Advisory for the entire State of Hawaiʻi on Saturday morning, following a volcanic eruption that occurred in the area of Tonga.

“Based on all available data a major tsunami is not expected to strike the state of Hawaiʻi,” the National Weather Service stated. “However, sea level changes and strong currents may occur along coasts that could be a hazard to swimmers and boaters as well as to persons near the shore at beaches and in harbors and marinas.”

The State Emergency Operations Center at the Hawai‘i Emergency Management Agency, or HI-EMA, was partially activated to monitor the evolving situation. The emergency officials said there is no evacuation order issued at this time. A Tsunami Advisory is issued “when an earthquake has generated a tsunami wave expected to be three feet or less in height when it reaches Hawaii,” they said.

The Hunga-Tong-Hunga-Ha’apai volcano in Tonga erupted at 6:27 p.m. HST on Friday that sent large waves onto the coast of Tonga, officials say.

HI-EMA says it is “coordinating state and county monitoring of the incident and efforts to alert people on beaches and state recreational shores who might be unaware of the unusual ocean conditions.”