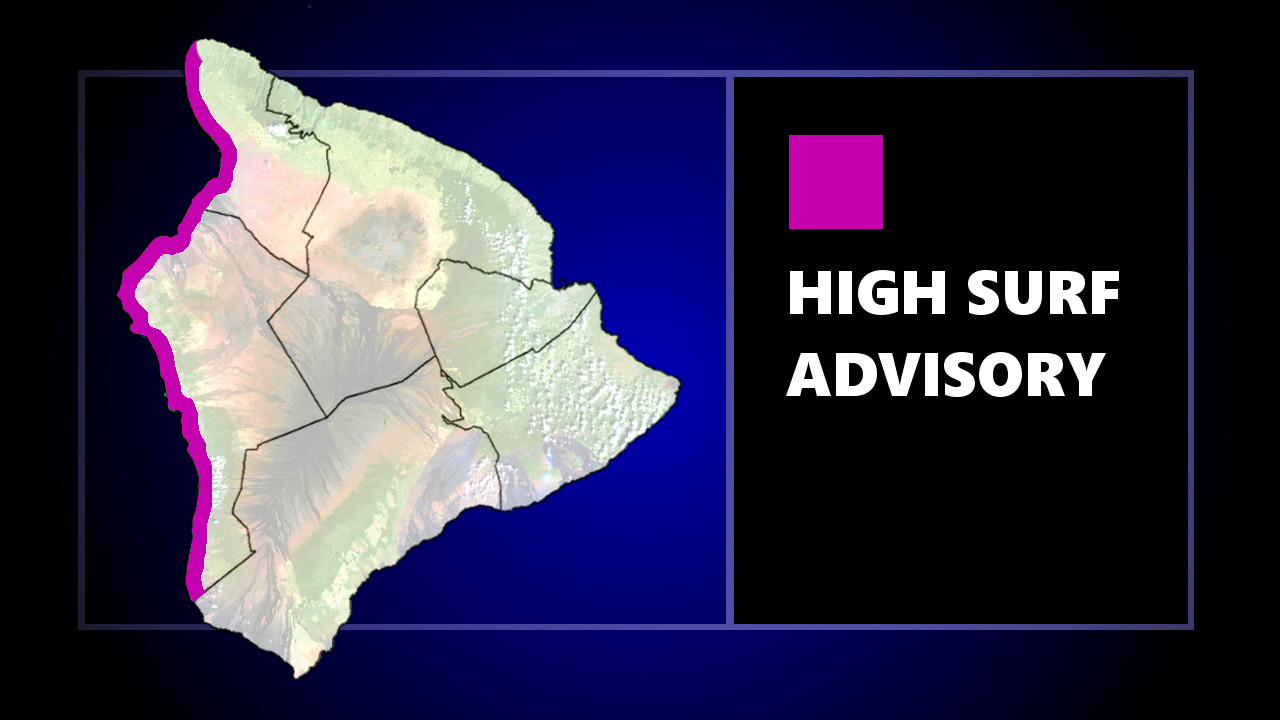 HAWAIʻI ISLAND - Surf along exposed north and west facing shores will ease to around the advisory levels through the day, forecasters say, as a High Surf Advisory continues.

(BIVN) – A High Surf Advisory has replaced the High Surf Warning for west-facing shores of Hawaiʻi island on Sunday.

“Surf along exposed north and west facing shores will ease to around the advisory levels through the day as the west-northwest swell that peaked Saturday begins to move out,” the National Weather Service said. “A new, west-
northwest swell arriving by tonight, however, will support advisory-level surf continuing through tonight. A gradual downward trend is expected late Monday through midweek.”

Kahaluʻu Beach Park is closed today due to impact and debris, the Hawaiʻi County Civil Defense reported. Other beaches may close without notice, officials said.

Surf of 7 to 10 feet will be possible along west facing shores of the Big Island.