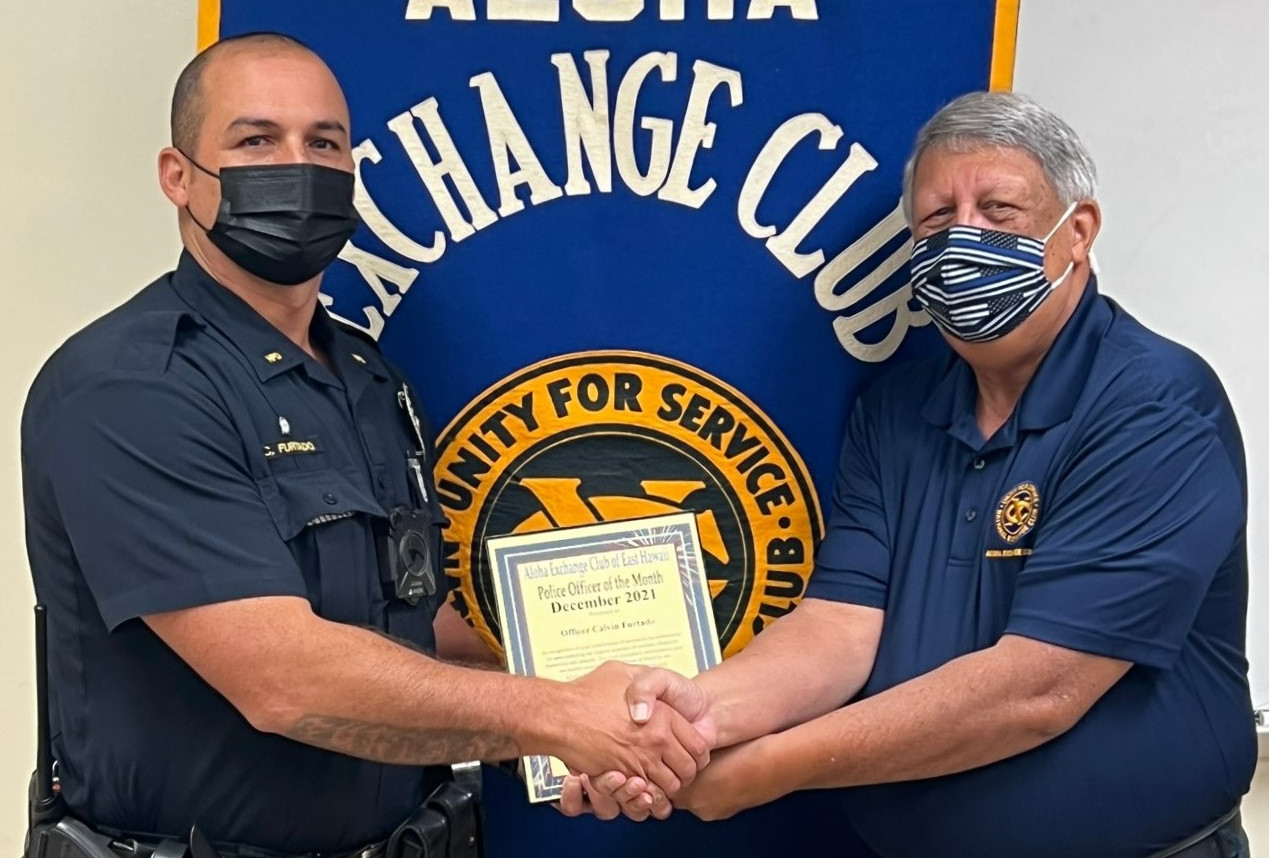 (BIVN) – A Puna police officer was recently honored for his work in arresting a wanted car theft fugitive in the Orchidland subdivision.

For his proactive efforts and attention to detail in a car theft investigation Officer Calvin Furtado was recognized as Officer of the Month for December 2021 by the Aloha Exchange Club of East Hawai‘i during a ceremony at the Pahoa police station on Tuesday, January 25, 2022.

The fugitive, who had eluded police capture on numerous occasions, was a person of interest in several stolen vehicle investigations and had outstanding bench warrants.

Coordinating with his beat partner, Officer Furtado approached the residence and caught the fugitive off-guard while the suspect was digging through a 2006 Toyota Tacoma pickup truck. The suspect was arrested for his outstanding bench warrants without incident.

Officer Furtado recognized the truck from a prior auto theft report and had a hunch that it might be the same truck even though it had different rims and tires from when it was originally stolen. In the course of his investigation, Officer Furtado determined that the vehicle had indeed been stolen from a Kea‘au residence in August 2021. Further police investigation determined that the vehicle contained a stolen credit card which the man had used to make $499 worth of unauthorized transactions, a zip packet containing crystal methamphetamine, and a glass smoking pipe.

The suspect was charged with unauthorized control of a propelled vehicle, criminal contempt of court, violating terms of being released on bail, theft in the second degree, promotion of a dangerous drug, and unauthorized possession of personal and confidential information. His bail was set at $46,250.