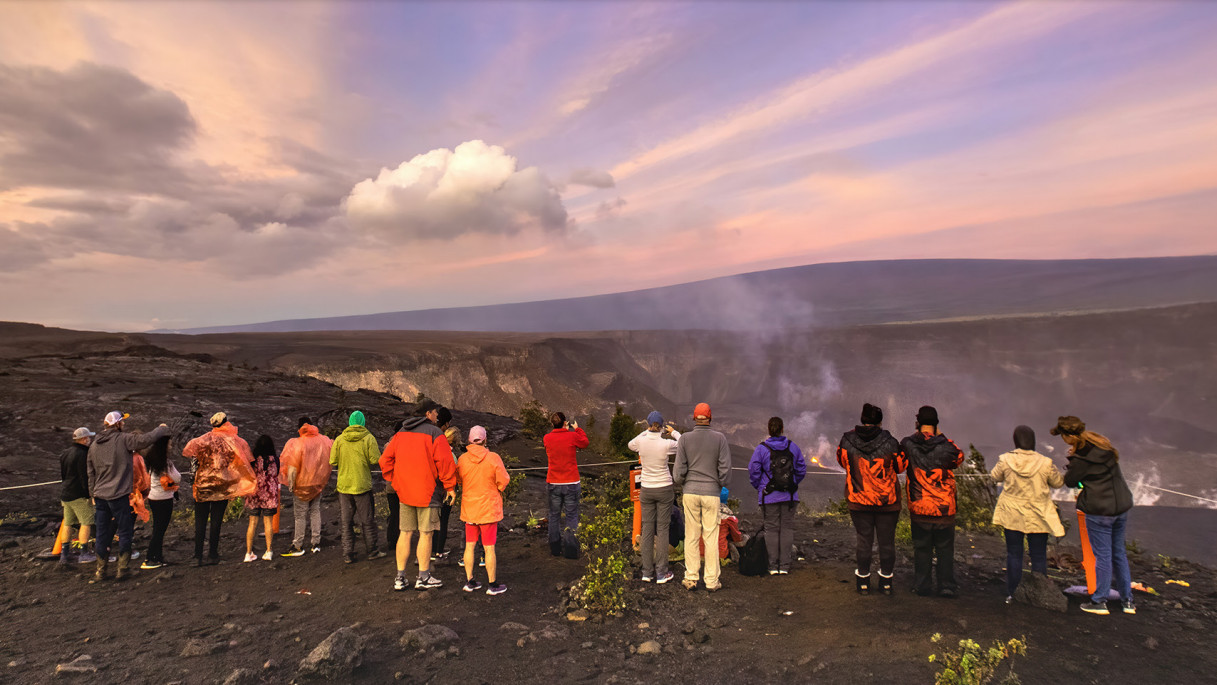 The National Park Service and the Federal Aviation Administration announced on Monday that they are seeking input on the plans. In May 2020, the United States Court of Appeals for the District of Columbia Circuit directed the FAA and the 23 national parks – including Hawaiʻi Volcanoes National Park – to come up with a timetable for compliance with mandated ATMPs.

The agencies encourage anyone with an interest in or concern about air tours over Hawaiʻi Volcanoes National Park to review and comment on the potential alternatives, which will be evaluated in an upcoming environmental assessment for the park’s ATMP. The potential alternatives include no change from current condition, restricting minimum altitudes, reducing the number of flights, limiting flight routes over sensitive areas and prohibiting flights on specific days of the week. An average of 11,376 annual flights occurred over Hawaiʻi Volcanoes National Park from 2017 to 2019.

People can comment through the NPS Planning, Environment and Public Comment (PEPC) website starting February 28 until April 1, 2022. The NPS and FAA will consider the comments as they develop the draft ATMP. They also will seek public comment on that draft document.

“The draft plan is based on public feedback received in 2011 and data collected since then. We encourage everyone to review the range of alternatives and provide feedback to this important project,” said Hawaiʻi Volcanoes National Park Superintendent Rhonda Loh. “Our analysis will consider how best to balance protecting wildlife, natural soundscapes, wilderness character and visitor enjoyment with managing air tours over the park. In addition, we recognize the cultural significance of Mauna Loa and Kīlauea volcanoes to the Native Hawaiian community, and the need for a peaceful soundscape for cultural practices. As part of this process we are actively engaged in consultations with Native Hawaiian organizations, individuals and other consulting parties,” Superintendent Loh said.

Incorporating input from Native Hawaiian organizations and individuals is an important part of this planning process. The agencies are consulting with those who attach historic and cultural significance to resources within the park. The public has expressed concerns about air tours over the park that include noise, privacy and ecological and cultural impacts.

Hawaiʻi Volcanoes National Park is among 24 national parks developing air tour management plans in cooperation with the FAA. Haleakalā National Park on Maui is also seeking public feedback on its range of alternatives.

Please visit this NPS site and this FAA site for more detailed information about air tour management plans. Links to meeting notifications, recordings and slide decks (where applicable) will be posted to the NPS site.