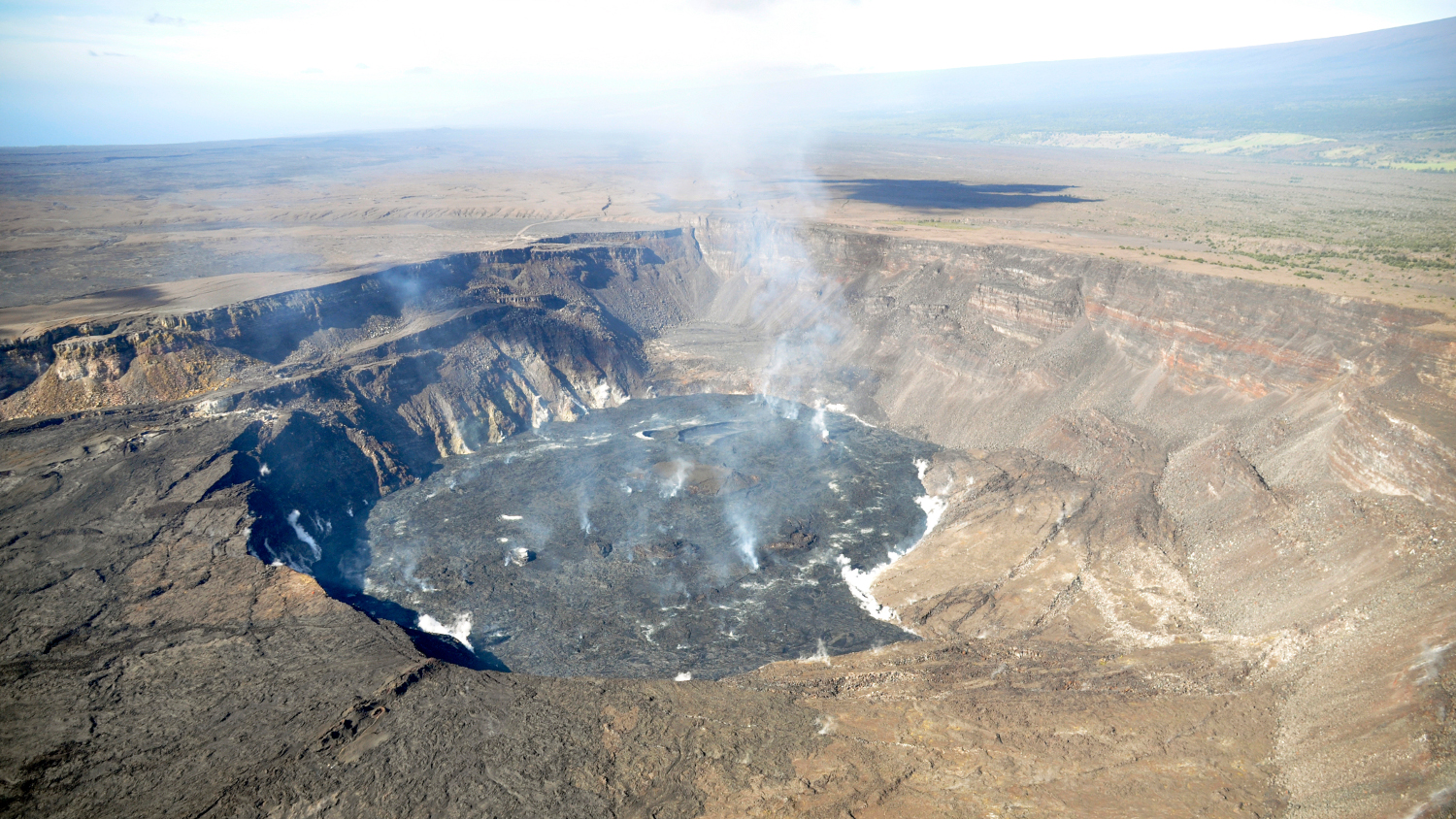 USGS: "A photograph taken during a helicopter overflight on the morning of March 17, 2022, shows an overview of Halema‘uma‘u and a diffuse plume rising above Kīlauea caldera. A closer look on the western side of the caldera (the foreground of the image, just to the south of the 1982 fissure) shows HVO staff members dressed in orange flight suits performing mission critical work." (USGS image by L. Gallant)

HAWAIʻI VOLCANOES NATIONAL PARK - The eruption continued over the past 24 hours with a short pause early this morning, and summit tremor has been gradually decreasing. 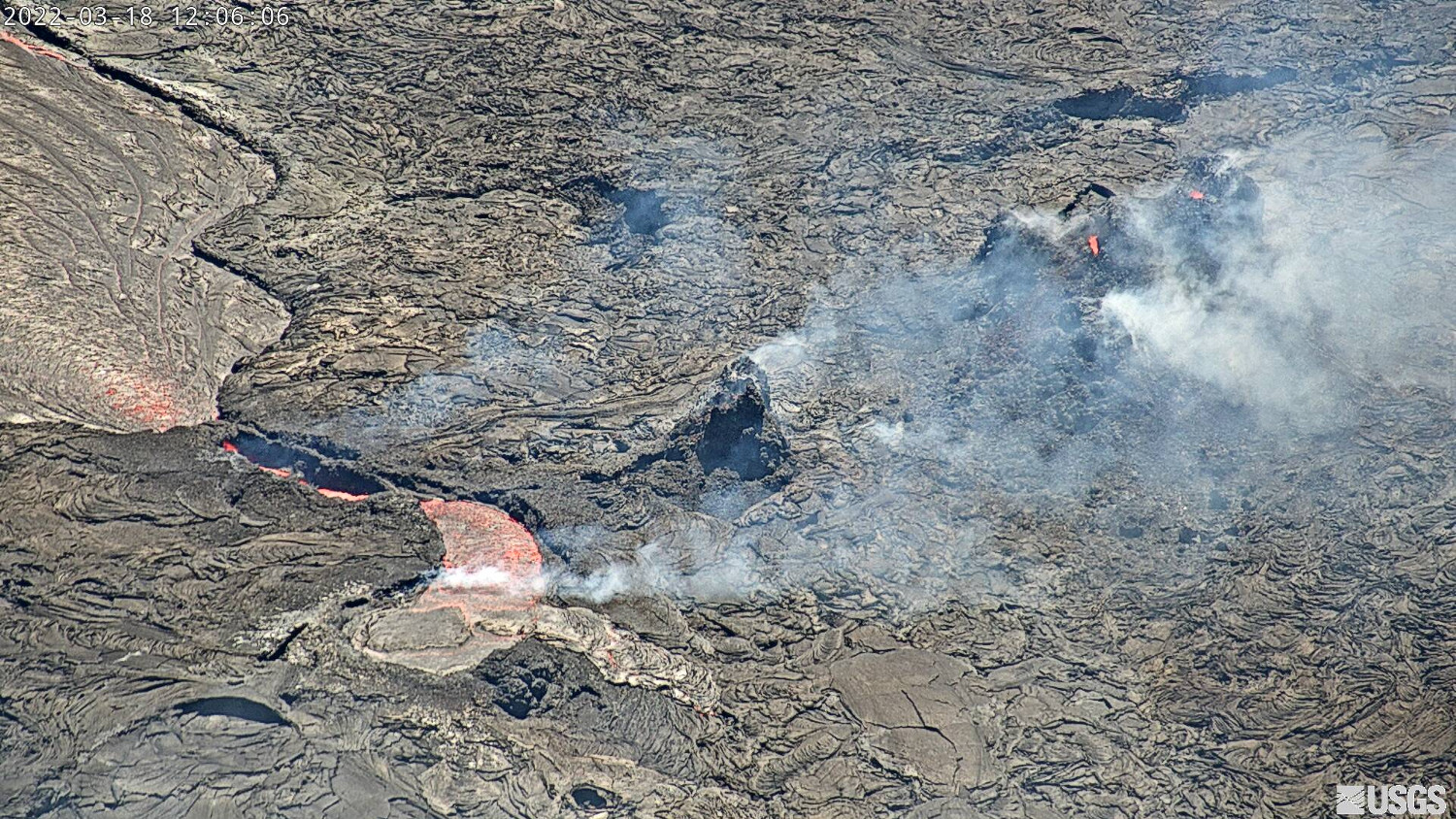 USGS webcam view of the west vent in Halemaʻumaʻu and the lava lake, captured on Friday.

(BIVN) – The eruption within Halemaʻumaʻu crater at the summit of Kīlauea Volcano continued over the past 24 hours, although scientists reported a short pause in activity early this morning.

“Tremor at the summit has been gradually decreasing over the past 24 hours,” the USGS Hawaiian Volcano Observatory said in a Friday morning update. “Summit tilt was deflationary yesterday, and inflation initiated early this morning. All recent activity has been confined to the crater, and there are no indications of activity migrating elsewhere on Kīlauea.”

From this morning’s activity update:

Halemaʻumaʻu Lava Lake Observations: Eruption of lava from the western vent into the active lava lake surface (approximately 2.5% of Halemaʻumaʻu crater floor) continued until about 1:45 a.m. H.S.T. this morning, at which point lava stopped entering the active lake area; lava lake circulation stopped by 3:15 a.m. H.S.T. Around 4:45 a.m. H.S.T. lava started entering and quickly resurfaced the active lake area. However, since 7 a.m. H.S.T. this morning the effusion rate has markedly decreased and hot moving lava is limited to the vicinity of the lava source on the floor of the active lake area. The highest point on the Halemaʻumaʻu crater floor has risen approximately 97 meters (318 feet) since the eruption began on September 29, 2021. The erupted volume is 53.6 million cubic meters (70.1 million cubic yards) of lava as measured on March 4, 2022.

Summit Observations: Summit tiltmeters recorded slow deflation yesterday, with inflation initiating early this morning. Seismic data shows that the volcanic tremor has gradually decreased over the last 24 hours, but tremor remains above background levels. A sulfur dioxide (SO2) emission rate of approximately 1900 tonnes per day (t/d) was measured on March 10.