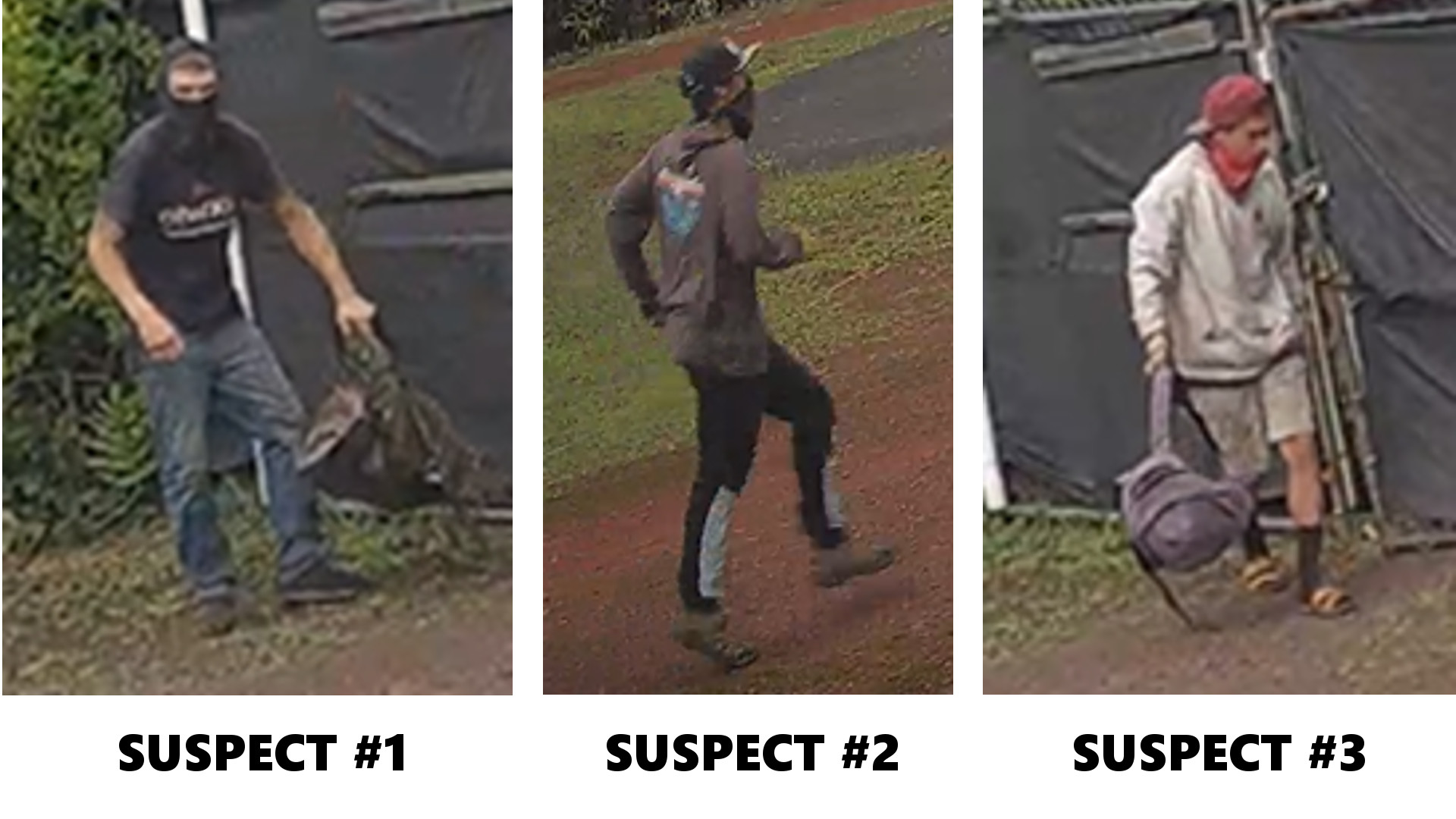 PUNA, Hawaiʻi - Police are requesting the public’s assistance regarding the burglary that occurred at a business on the 15-1500 block of 13th Avenue in the Hawaiian Paradise Park subdivision.

(BIVN) – Hawaiʻi Island Police are asking the public for assistance with a Puna burglary investigation.

According to police, at 1:30 p.m. on February 18, Puna Patrol officers responded to a reported burglary of a business at the 15-1500 block of 13th Avenue in the Hawaiian Paradise Park subdivision. The owner informed police that two of the storage units “had been forcefully opened and the surveillance system tampered with.”

“Officers investigating the incident were able to retrieve surveillance footage which shows three male suspects entering and exiting the business by squeezing through the locked front gate,” the police said. Photos of the suspects were shared with the public in a news release.