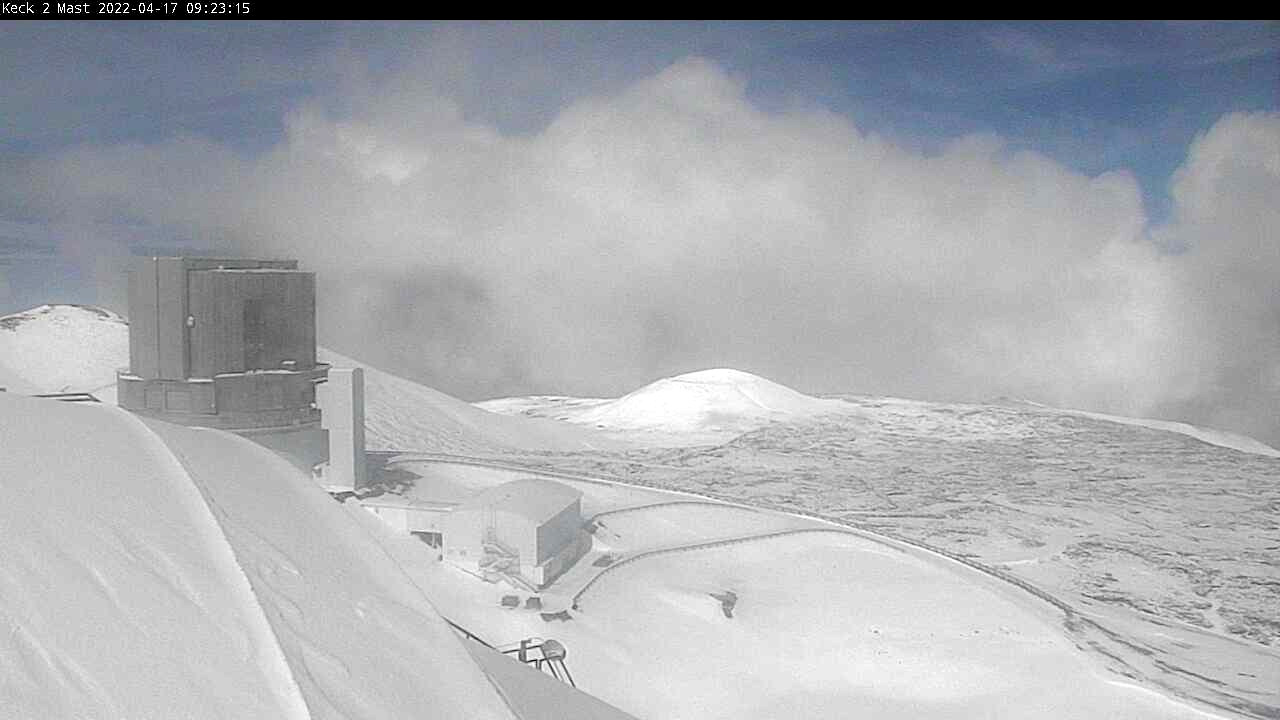 image of the snow from W.M. Keck Observatory webcam on Maunakea

HAWAIʻI ISLAND - The Winter Storm Warning for the summits of Maunakea and Mauna Loa has been downgraded to a Winter Weather Advisory. 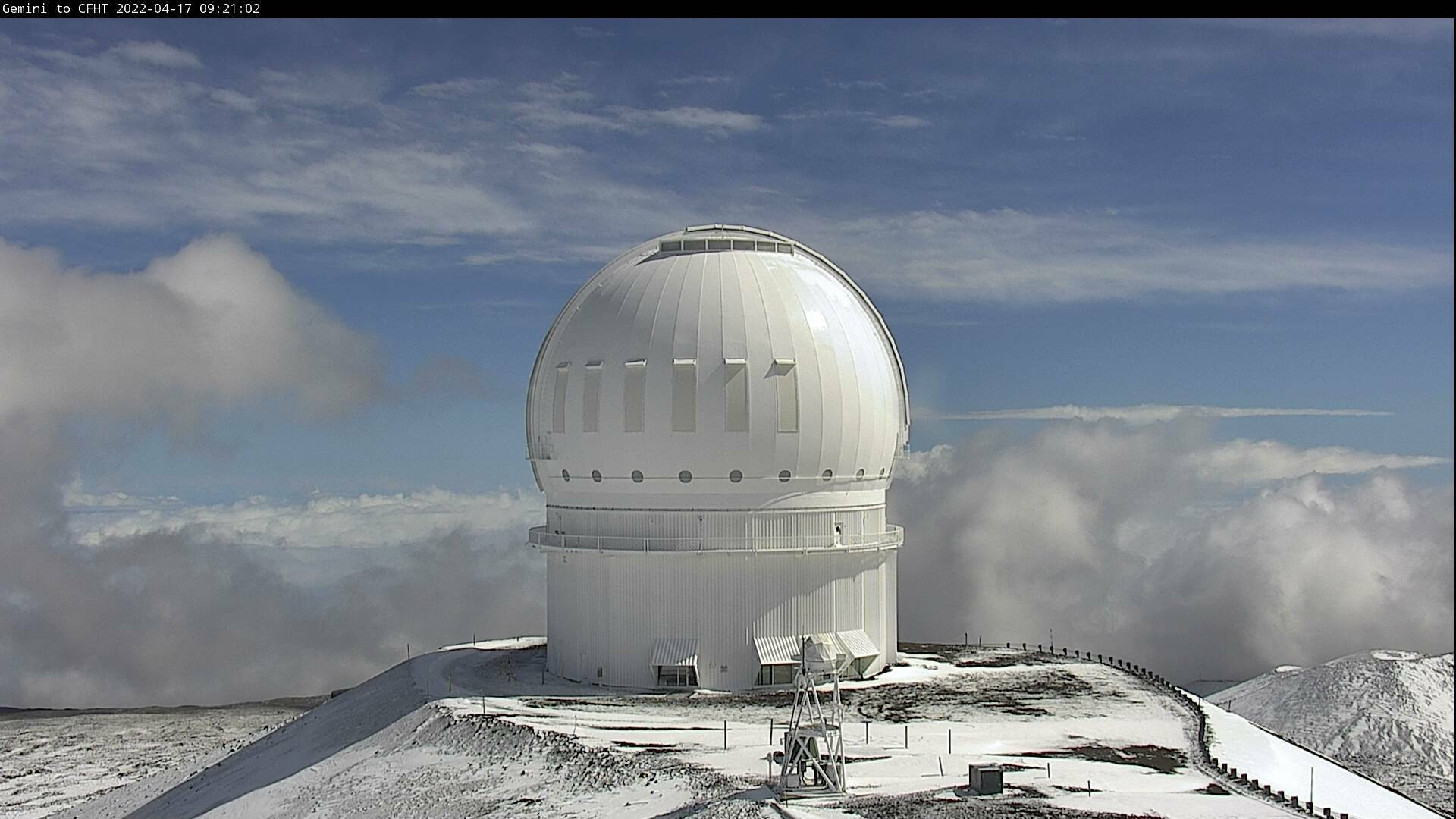 (BIVN) – Saturday’s heavy rain left a thin blanket of snow on the summits of Hawaiʻi island on Sunday morning.

Webcams set above the 13,000 ft. level of Maunakea captured a coating of white, and also appeared to show a snow-capped Mauna Loa in the background.

The access road to the summit of Maunakea is closed to the public at the Visitor Information Station, rangers say.

Snow can occur at the summit of Maunakea at any time of year, although it most commonly occurs during the winter months.

A Winter Storm Warning was issued for higher elevations on Hawaiʻi island on Saturday, while the entire island was under a Flood Watch. The Warning is no longer in effect, however more snow at the summits will be possible today.

“An upper level trough over the islands will continue to produce periods of snow showers over the summits of Mauna Kea and Mauna Loa today,” the National Weather Service stated. “A Winter Weather Advisory was issued for elevations above 12,000 feet. Wintery weather conditions will improve later tonight as the upper trough weakens.”

Additional snow accumulations of up to two inches are possible, until 6 p.m. HST this evening.