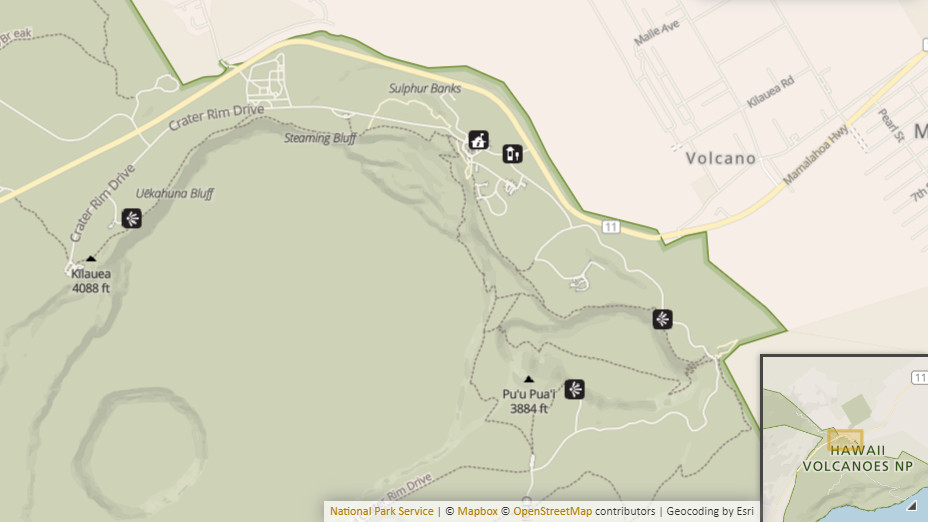 HAWAIʻI VOLCANOES NATIONAL PARK - A man lost his life Tuesday after his motorcycle collided with a small SUV at the intersection of Highway 11 and the entrance to the national park.

(BIVN) – A 21-year-old man was killed on Tuesday after his motorcycle collided with a small SUV at the intersection of Highway 11 and the entrance to Hawai’i Volcanoes National Park.

The crash, which happened just before 8 a.m., forced the closure of Highway 11 for hours.

The motorcycle was heading north on Highway 11 towards Hilo when he crashed into the SUV that was turning left into the park. The 65-year-old female driver of the SUV was the sole occupant of the vehicle and was not injured in the crash.

The accident closed both lanes of Highway 11 near the park entrance for several hours. Hawai’i Police Department and park law enforcement officers are conducting an investigation. No additional details are available at this time.

Police are asking anyone who may have witnessed the incident or has information to contact Officer Jerome Duarte at 808-961-2329 or via email Jerome.Duarte@HawaiiCounty.gov. Tipsters who prefer to remain anonymous may call Crime Stoppers at 808-961-8300 in Hilo.