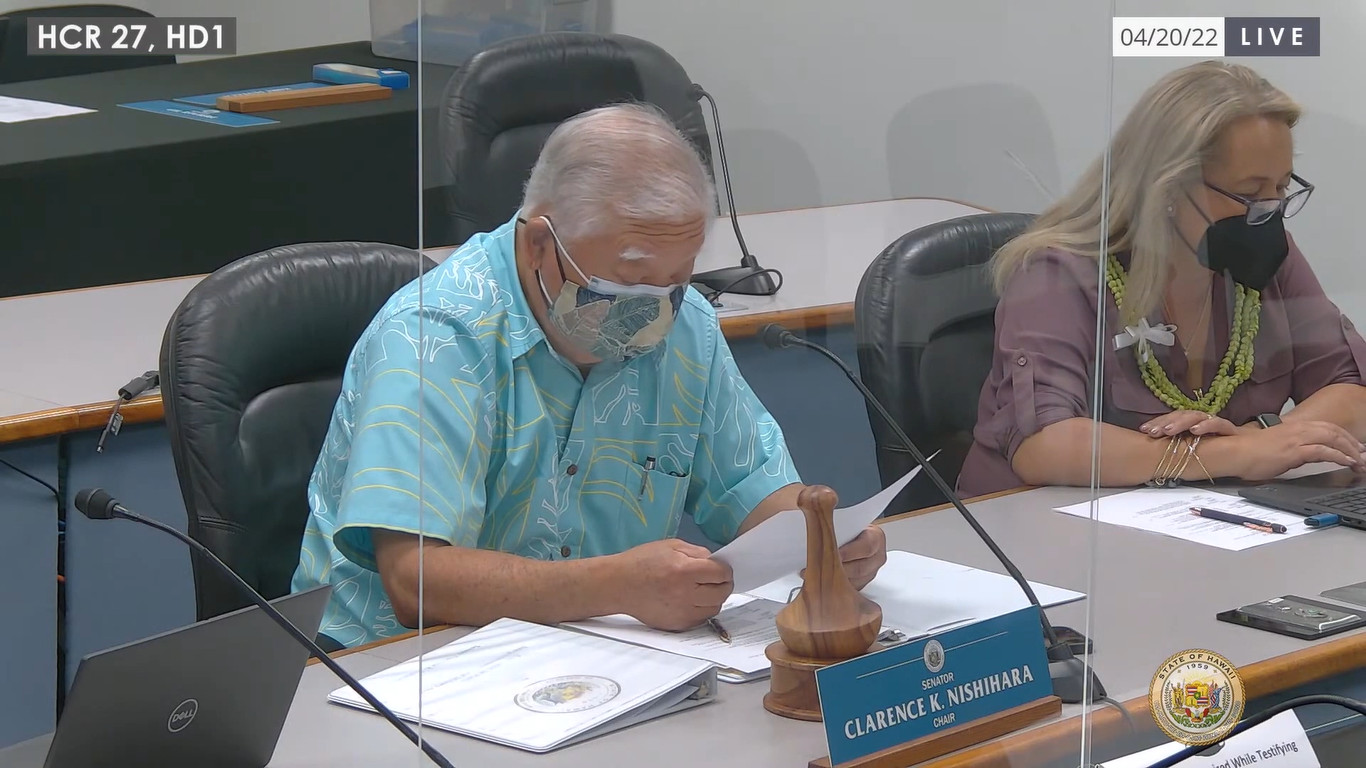 (BIVN) – A resolution introduced in the Hawaiʻi State Legislature proposing to change the name of Captain Cook in Kona has stalled in a senate committee.

This week, the Senate Committee on Public Safety, Intergovernmental and Military Affairs deferred HCR27 HD1, which would have requested “the United States Census Bureau to re-designate the census-designated place known as Captain Cook on the island of Hawaii as Ka‘awaloa.”

A few weeks ago, the State House of Representatives voted to adopt the measure, sending the resolution over to the Senate.

During its hearing, the senate committee heard from resident Mitchell Lee, who testified that the measure “is not supported by the people who actually live and work in Captain Cook.”

“This is about Cancel Culture and not about Hawaiian culture,” wrote Lee in his written testimony, who added that “the proposed name change will hurt small business people like myself,” since he will need to “divert funds to revising signage, marketing materials and so on away from more productive use like hiring local people.”

“The proponents of the name change are hypocritical,” Lee wrote. “They claim that outsiders took something away from the local population when the town was named Captain Cook; now, they are using signatures from people outside of Captain Cook, outside of the State of Hawaii, and even from other countries to support their effort. This is not the Aloha spirit of acceptance and inclusiveness.”

Lee was the only person to testify via Zoom during the meeting.

“E ola ka inoa no Kaʻawaloa,” wrote Hiʻilani Makahanaloa in support of the measure. “I was raised by my great-grandfather, my papa, Albert Medeiros Sr., who was born in Kaʻawaloa and would tell us the stories of him and his siblings and how they would hike that pali to go to school,” Makahanaloa said.

“I stand before you, with courage in my heart, representing my late papa, my Medeiros ʻohana and my Makahanaloa ʻohana with support for HCR27,” wrote Makahanaloa. “The name of Kaʻawaloa should never have been Captain Cook in the first place. There is no honor in the recognition of a genocidal murderer. Others who have no geneaological ties to this land may say that this act is “canceling culture.” We are correcting my culture, Hawaiian culture. It is wrong and has been wrong for generations. I stand with all Native people all over the world whom are choosing to erase and say no to remnants of colonization that defile their existence. I have never heard my late papa refer to what is currently known as Captain Cook. He had always called it Kaʻawaloa as do I, and my descendants after me shall do the same.”