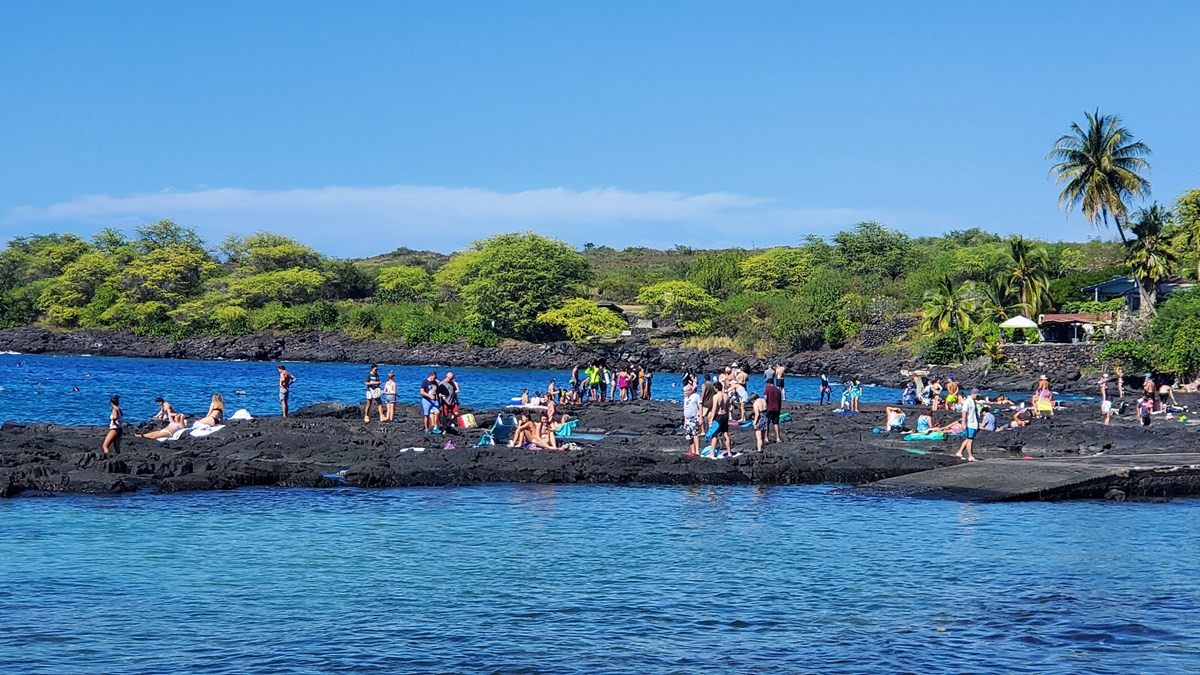 The area, also known as “Two Step”, is next to – but outside of – the National Park Service’s Puʻuhonua o Hōnaunau National Historical Park. It is also a popular snorkeling area.

Shortly after 2 p.m. police responded to Hōnaunau Bay after a Hawai‘i visitor reported finding the body of an unresponsive man floating approximately five yards offshore. The visitor pulled the man’s body from the water and instructed a bystander to call 911 while he administered CPR until Hawai‘i Fire Department personnel arrived on scene.

The 31-year-old unresponsive man was transported to the Kona Community Hospital where he was later pronounced dead at 2:56 p.m.

Police say they have identified the man as a visitor from Washington State and are withholding the man’s identity pending notification of next of kin.