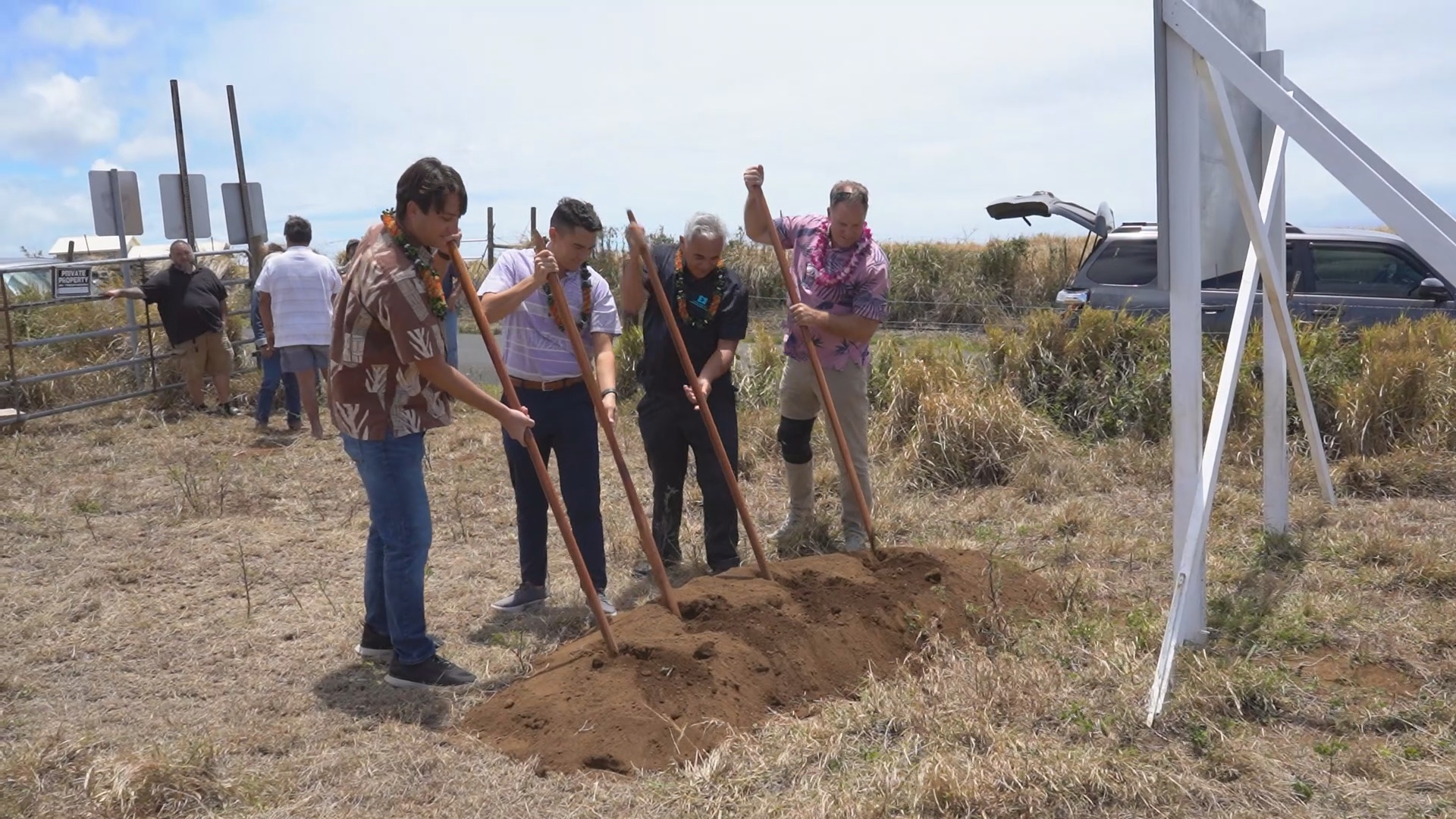 KAʻŪ, Hawaiʻi - Officials celebrated the start of a project that will connect Pastoral homestead lessees in the Kamāʻoa Homestead to water service. 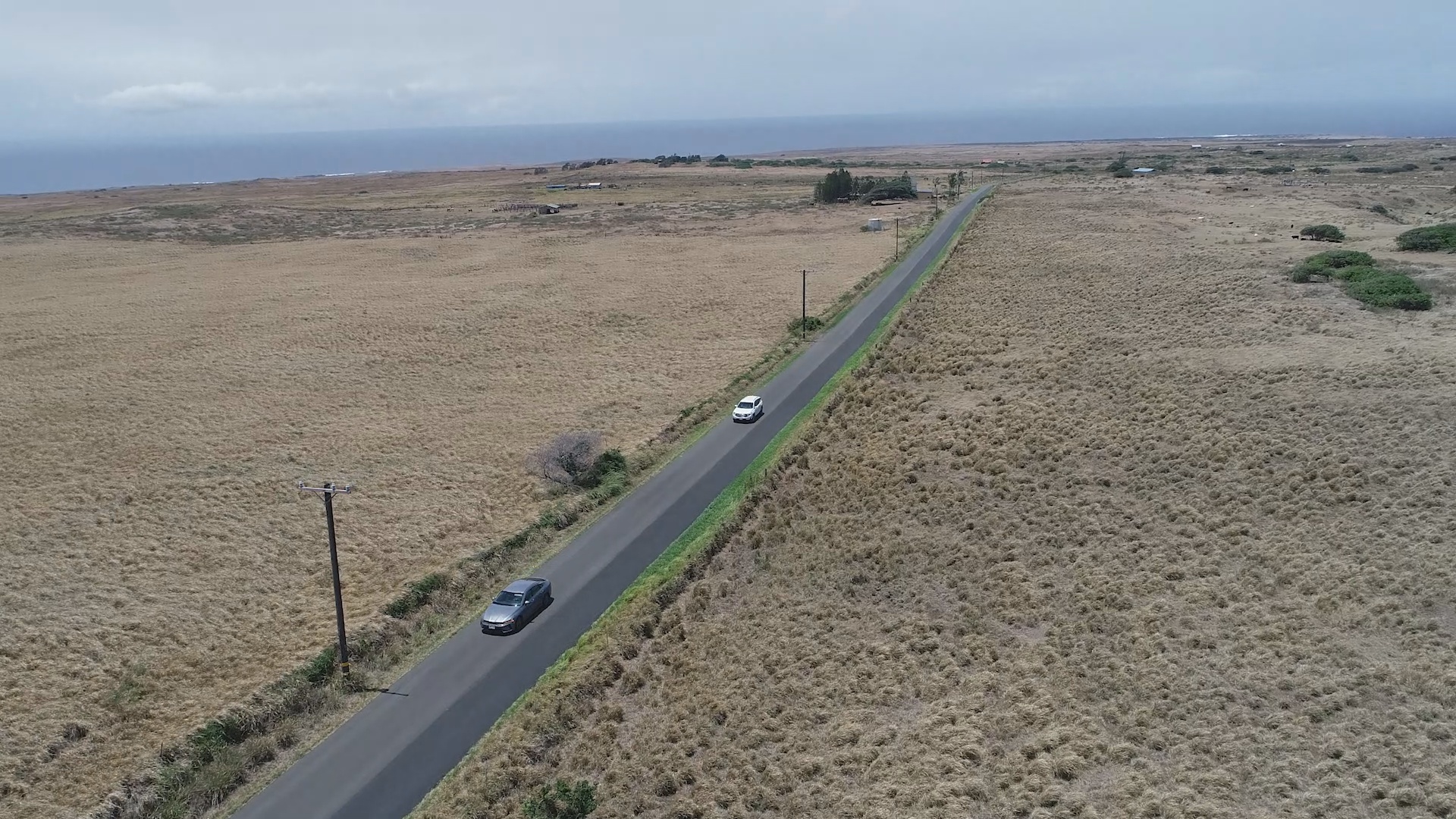 Photo of the lands in the Kamāʻoa Homestead courtesy DHHL

(BIVN) – The first phase of the Kaʻū Water System Improvements for Hawaiian Home Lands began with a ceremonial groundbreaking in the Kamāʻoa Homestead on Friday.

From a Department of Hawaiian Home Lands news release:

Improvements by the Department of Hawaiian Home Lands (DHHL) to an existing County of Hawaiʻi Department of Water Supply system in Kaʻū will soon connect Pastoral homestead lessees in the Kamāʻoa Homestead to water service.

A groundbreaking ceremony was held on Friday, May 13, 2022, for the first phase of the project that will ultimately connect the newly built DHHL water storage and distribution system to DWS’ No. 108 system in Kaʻū, Hawaiʻi Island.

Phase 1 of the DHHL project, being developed by Isemoto Contracting Company, will include the installation of a new 100,000-gallon water reservoir to serve area Pastoral homestead lots awarded to native Hawaiians in the mid-1980s.

These lessees, part of the Department’s Acceleration Program, were awarded to native Hawaiians as raw land following a 1983 report by a Federal and State task force that recommended to the State of Hawaiʻi that DHHL should issue undeveloped raw land to native Hawaiians. The program’s effort was to accelerate the distribution of land to beneficiaries of the Hawaiian Homes Commission Act. DHHL issued 2,629 leases of mostly raw land between 1984 and 1987 as part of the program. 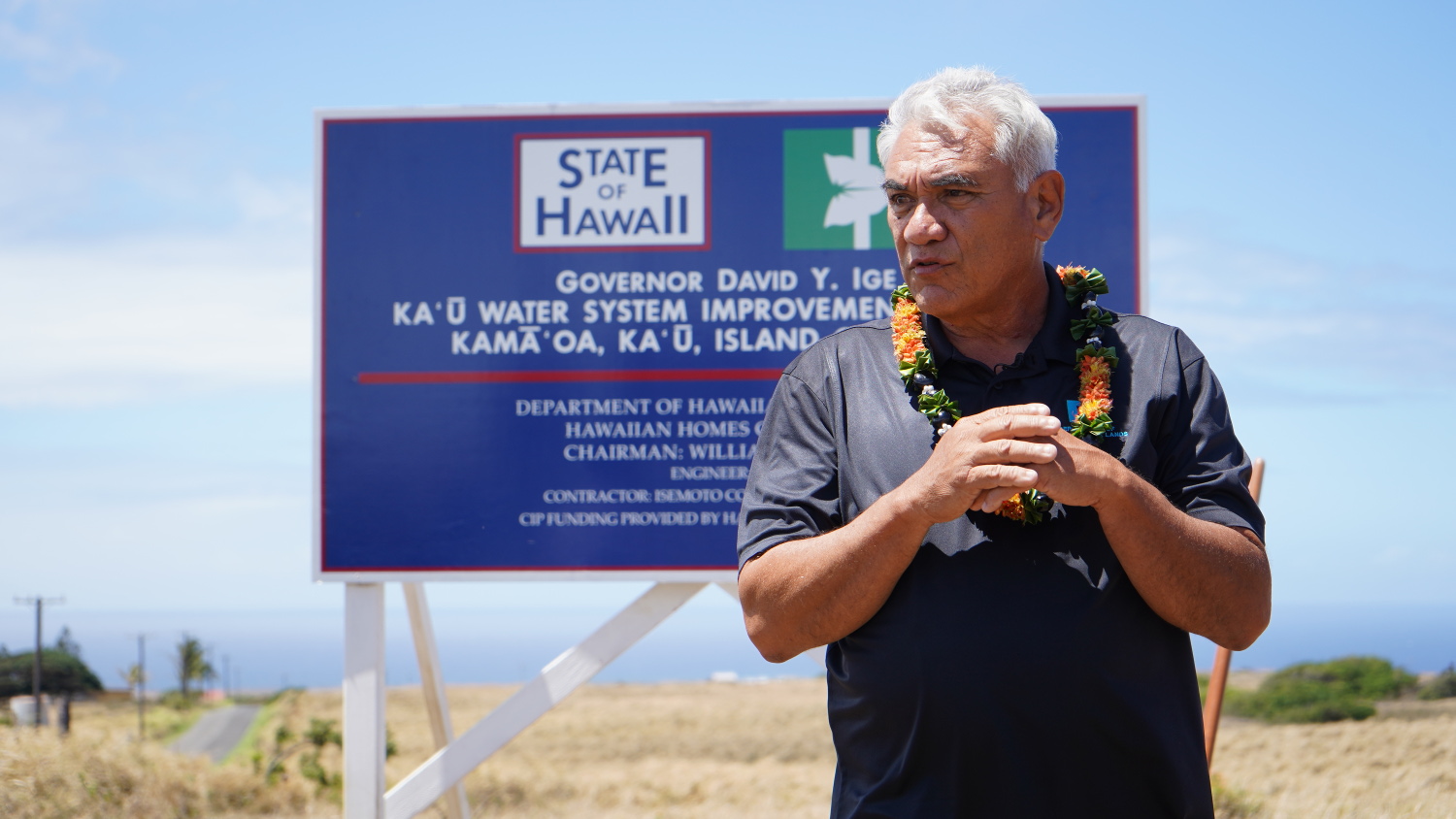 “Partnerships with the County and other agencies are critical in the development of infrastructure for DHHL projects,” said Hawaiian Homes Commission Chair William J. Ailā, Jr.” Building these improvements to County standards allows DWS to adopt it into its existing system, a critical piece that is allowing this project to happen. A water tank is the first step towards resolving a longstanding obligation DHHL made to Kamaoa lessees. The Department’s acceleration program provided pasture lots to native Hawaiians without access to water and placed the responsibility of advocating for future infrastructure improvements in their hands. Today, we take a meaningful step toward delivering access to water for the Pastoral lots.”

The $2.7 million Capital Improvement Project is funded by a Fiscal Year 2020 appropriation from the Hawaiʻi State Legislature. Phases 2 and 3 of the Kaʻū Water System project will include work on pressure regulating valves, new water meters, and improvements to South Point Road for future homesteading opportunities.