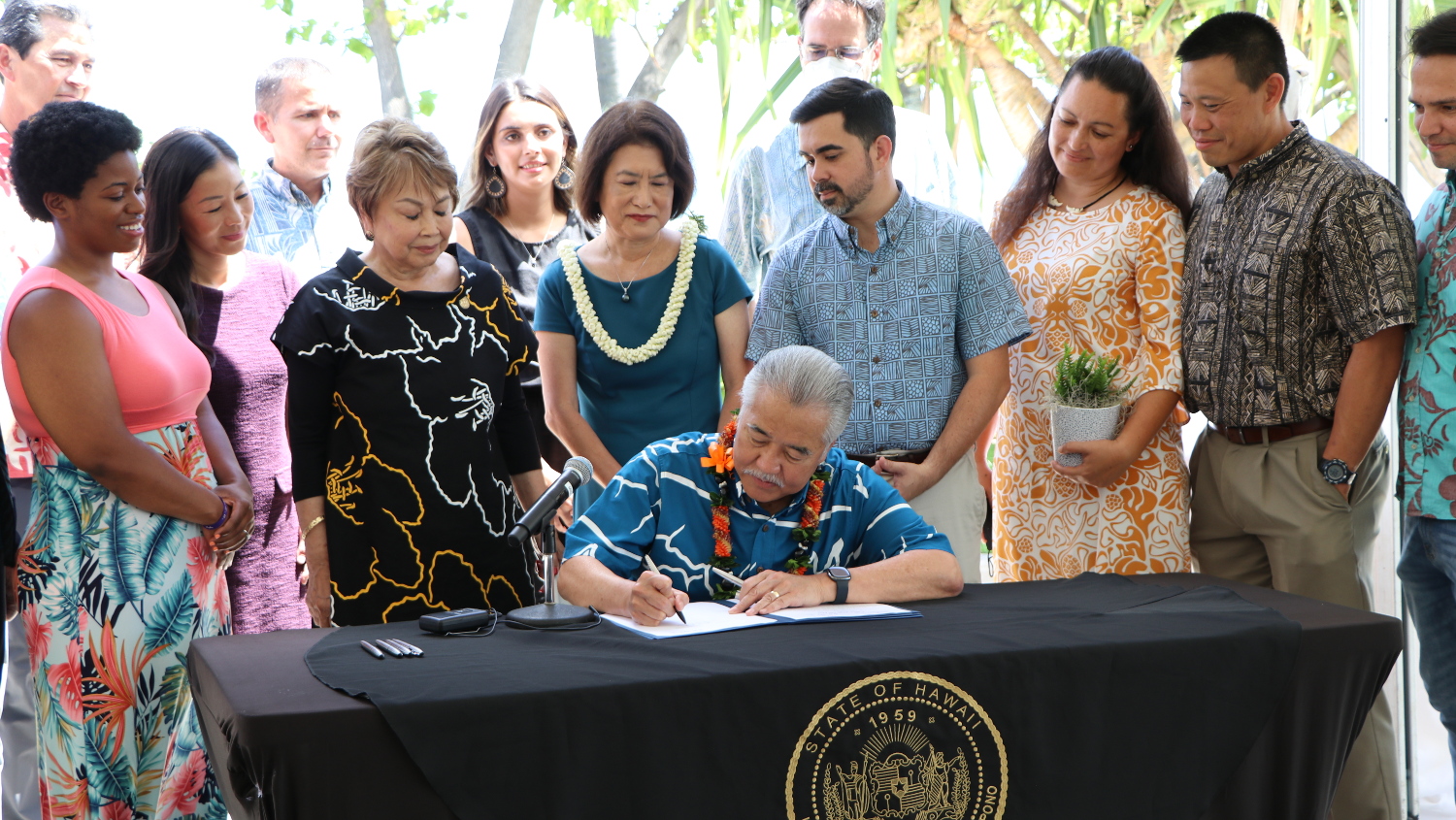 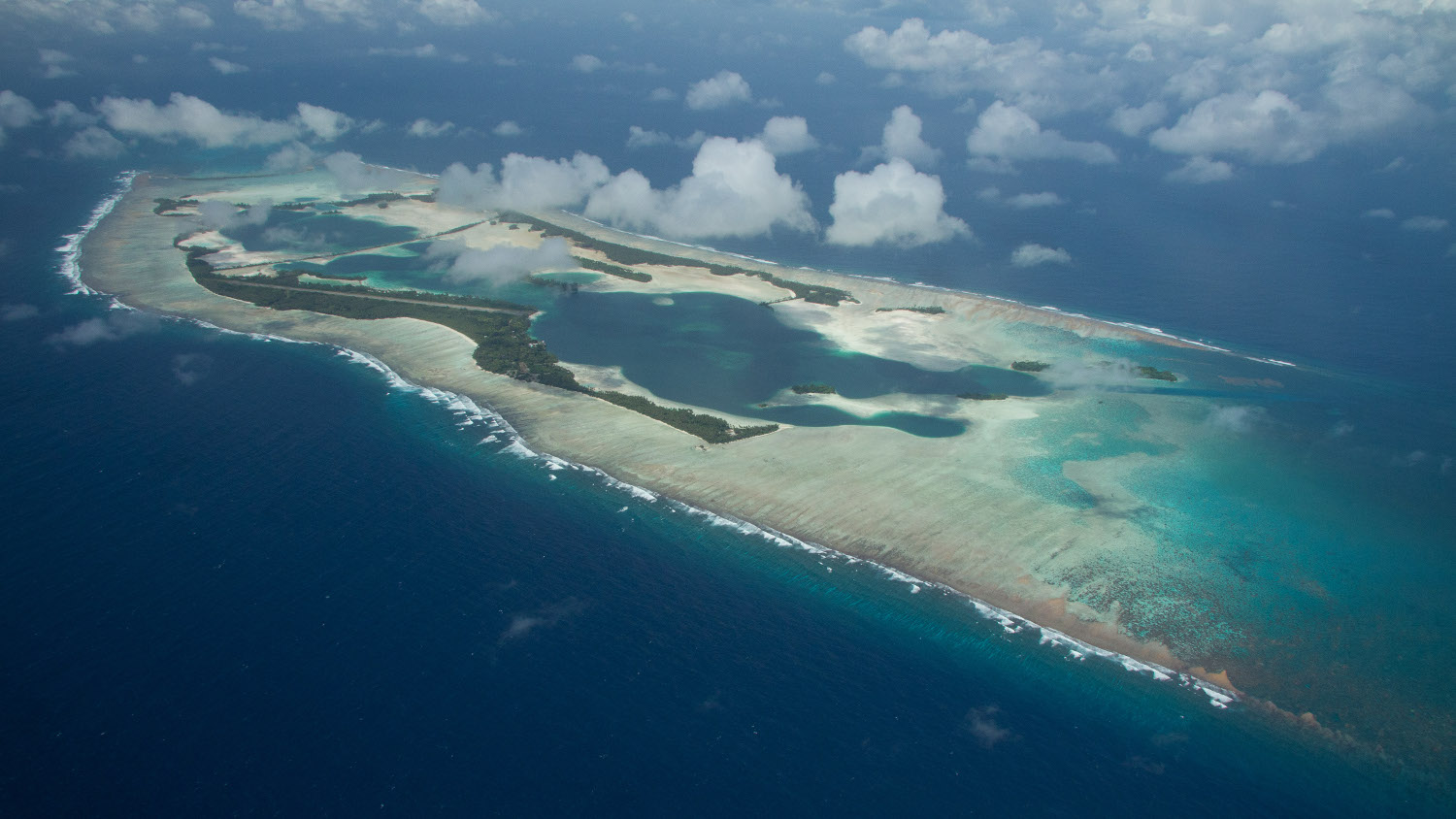 The actions marked the 30th anniversary of the international World Oceans Day.

In remarks at the Kupu Hoʻokupu Center at Kewalo Basin, the governor said the new laws “reflect the legislature’s earnest and continuing efforts to provide further ocean protections across the state.” According to the State, the key purposes of each bill signed are:

“The Holomua Marine 30 X 30 Initiative, which we launched at the IUCN World Conservation Congress in 2016, calls for the effective management of Hawaii’s nearshore waters with 30% established as marine management areas by the year 2030. These four new laws, collectively, along with previous measures, certainly bring us much closer to realizing that goal over the next eight years,” Governor Ige said.

“We all know how critical our nearshore ocean waters are to life in Hawai‘i. While there’s still much work to accomplish, and there is certainly urgency due to global warming, these laws will help Hawai‘i get closer to its overall goal of effectively managing as much of our ocean waters and its resources as possible in the face of unprecedented natural and human-generated threats,” said Suzanne Case, chair of the Hawaii Department of Land and Natural Resources.

During the same ceremony, Governor Ige expressed his full support for the proposed expansion of the Pacific Remote Islands Marine National Monument, whoch would make it the largest Marine Protected Area (MPA) in the world.

“Here in the Pacific, the ocean connects us. The Pacific Remote Islands are among the last wild and healthy marine ecosystems in the world, largely because of the lack of human activity. I’m in agreement that the expansion of this marine national monument is politically feasible, culturally supported, and builds on the work already done to keep this part of the Pacific Ocean healthy and abundant,” Gov. Ige said.

From the State DLNR:

The monument was established in 2009 by President George W. Bush and was subsequently expanded by President Barack Obama in 2014. On June 1, the Pacific Remote Islands Coalition petitioned President Biden to further expand the monument. According to the coalition, full protection is needed in the waters surrounding Howard and Baker Islands, and Kingman Reef and Palmyra Atoll.

The marine monument currently incorporates 789,141 square miles and the proposed expansion would add another 425,639 square miles to the monument.

Extensive research at Palmyra Atoll and other Pacific islands over the past twenty years has confirmed the strong ecological link between pelagic fish, foraging birds, and coral reef communities. The areas’ underwater seamounts create productive, nutrient rich hotspots. Foraging seabirds bring these nutrients back to their island nesting grounds that feed the surrounding coral reef communities. Protecting these ocean waters is critical to this cycle.

Supporters say the expansion would honor the memory and sacrifice of members of Hui Panala‘au, 130 mostly Native Hawaiian men who were sent to Howland, Baker, and Jarvis Islands from 1935-1942 which enabled the U.S. to claim jurisdiction over the area.

They also note, Papahānaumokuakea Marine National Monument, which the State of Hawai‘i co-manages with federal partners and the Office of Hawaiian Affairs, is the only intact cultural voyaging seascape within the Hawaiian Islands. “Expanding protection could likewise preserve the Pacific Remote Islands as a premier classroom for ancestral voyaging, preserving and promoting the culture and history of Pacific seafaring peoples,” according to the coalition.