WAIKŌLOA, Hawaiʻi - Residents and officials tried out the road at Saturday's Hulu Holoholo event organized by the Waikōloa Village Association. 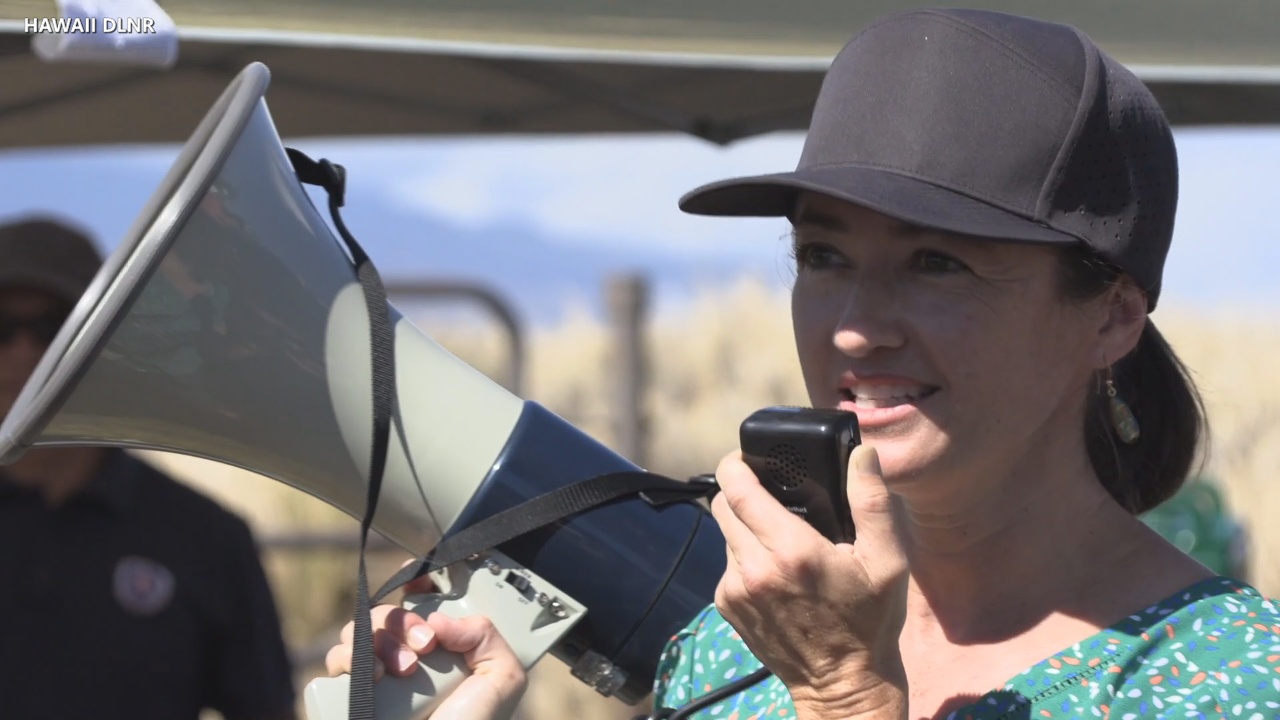 (BIVN) – On Saturday, Waikōloa Village residents joined Hawaiʻi County officials for the Hulu Holoholo event, held in order to better acquaint the community with the town’s evacuation road prior to the next emergency.

Nearly a year ago Hawai‘i Island Mayor Mitch Roth says he made one of the most difficult decisions of his career. As the massive Mana Road wildfire was bearing down on the mostly residential village, Roth called for its evacuation.

“With every adversity, there’s a greater or equal opportunity,” Roth said this morning, at the Hulu Holoholo event organized by the Waikōloa Village Association and its partners. During the evacuation it became clear that many people were not familiar with an emergency evacuation road that is intended to provide an efficient and organized flow of traffic during a wildfire or other emergency situation.

Community organizers say the kind of gridlock experienced in 2021 at Waikōloa Village led to numerous deaths in similar situations, including 85 fatalities in the 2018 Camp Fire in California. Today’s event was intended to encourage more people to use the evacuation route. 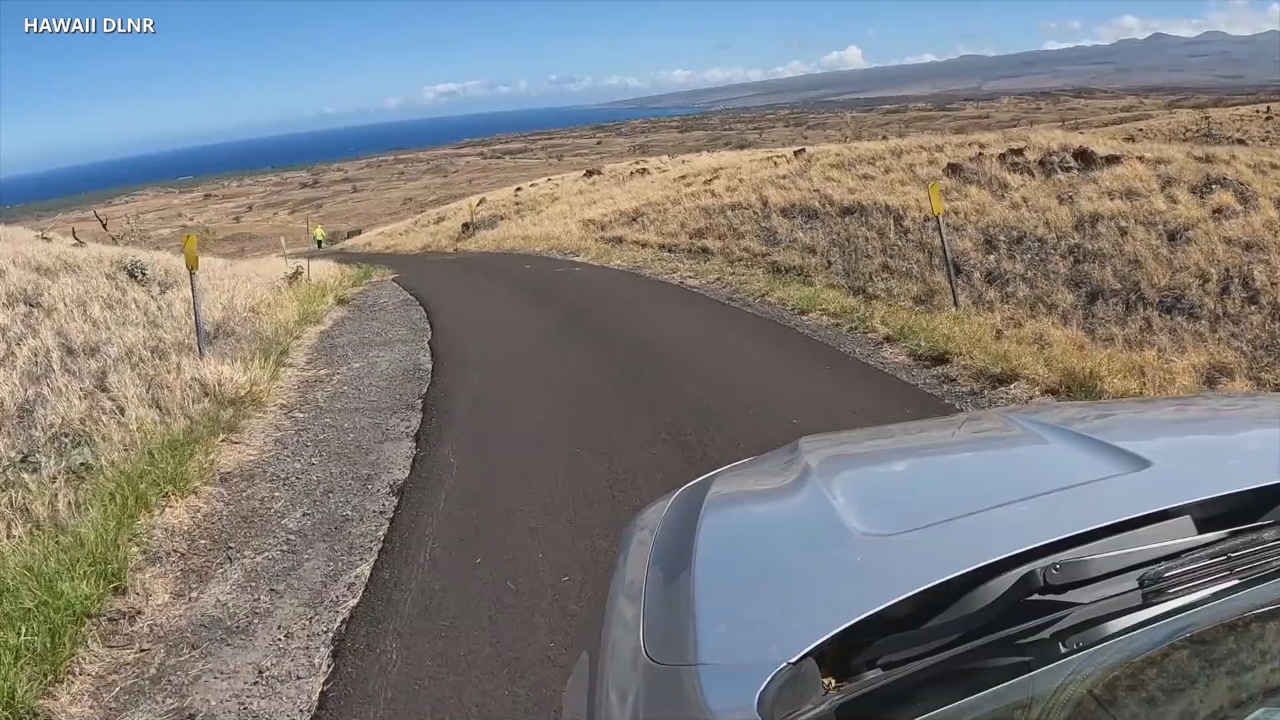 “It’s likely some of you were not familiar with this road and that’s why we’re here today to familiarize you with this route,” explained Julia Alos, Chair of the Waikōloa Community Leadership Council during opening remarks prior to the road being opened.

Hawai‘i County Civil Defense Director Talmadge Magno told participants evacuation routes are one part of emergency preparedness for any type of natural or man-caused disaster. “You need to think about the plan in your head, with your family, neighbors, and your community.

“It’s not a matter of if, but of when another wildfire will strike this area,” Hawai‘i County Fire Chief Kazuo Todd told community members who had gathered prior to the evacuation road demonstration. People often think of wildfire only happening in the forest. Grass fires are as threatening and as likely to cause property damage. “In wet years, the thousands of acres of grass, all around Waikōloa Village, grows lush and high. In dry years, like this, it dries out, creating the fuel for fast moving fires in what are known as light, flashy fuels.” Todd explained.

This is why Elizabeth Pickett, the Co-executive director of the Hawai‘i Wildfire Management Organization (HWMO) feels it’s important for everyone to understand the four major causes of wildfire in the state. “They are fireworks, campfires, and sparks from cars and machinery operating around dry grasses,” Pickett noted. She also acknowledged Waikōloa Village as one of 15 Firewise USA Communities in Hawai‘i, and the first to hold an evacuation route demonstration. She hopes other communities will follow its lead. 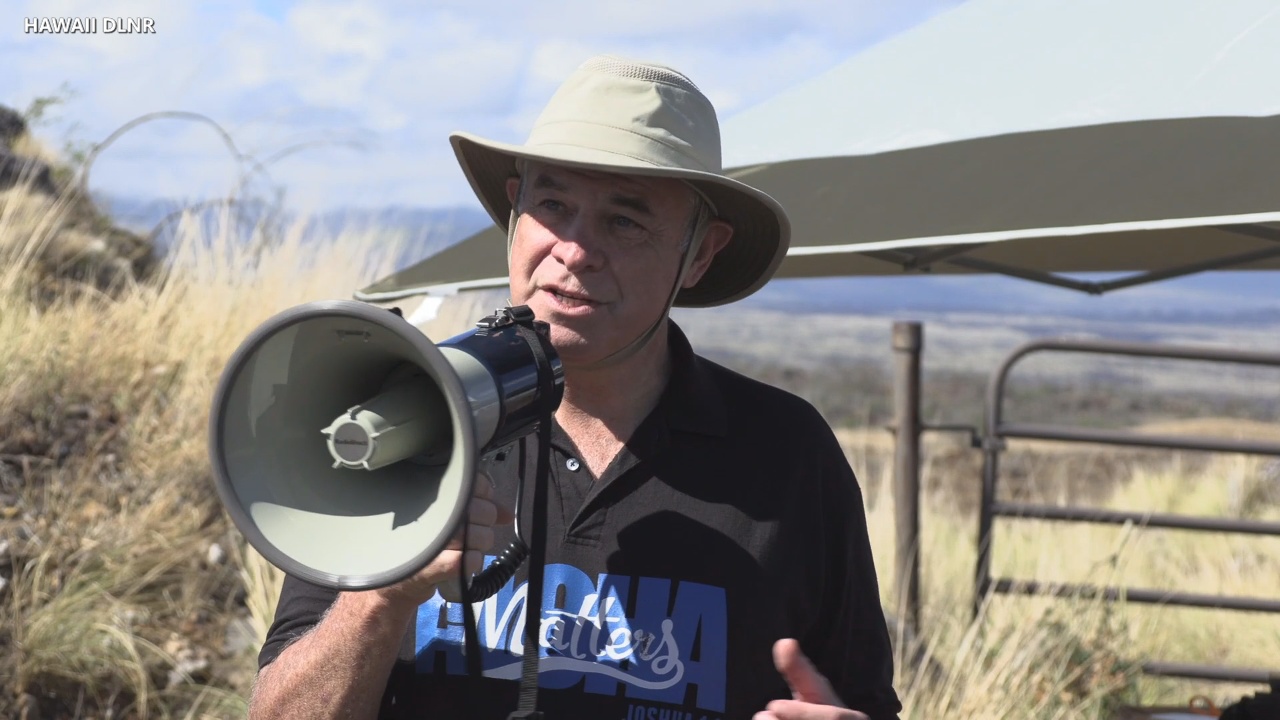 All the fire-fighting agencies that battled the Mana Road fire were recognized, including the DLNR Division of Forestry and Wildlife (DOFAW) fire team and the Pōhakuloa Fire Department.

Following the opening ceremony, for the next three hours, hundreds of cars drove the entire route, a combination of paved and dirt road. The hope is these folks will know exactly what to do in case of an evacuation order and will encourage their friends and neighbors to become educated and informed before the next fire.