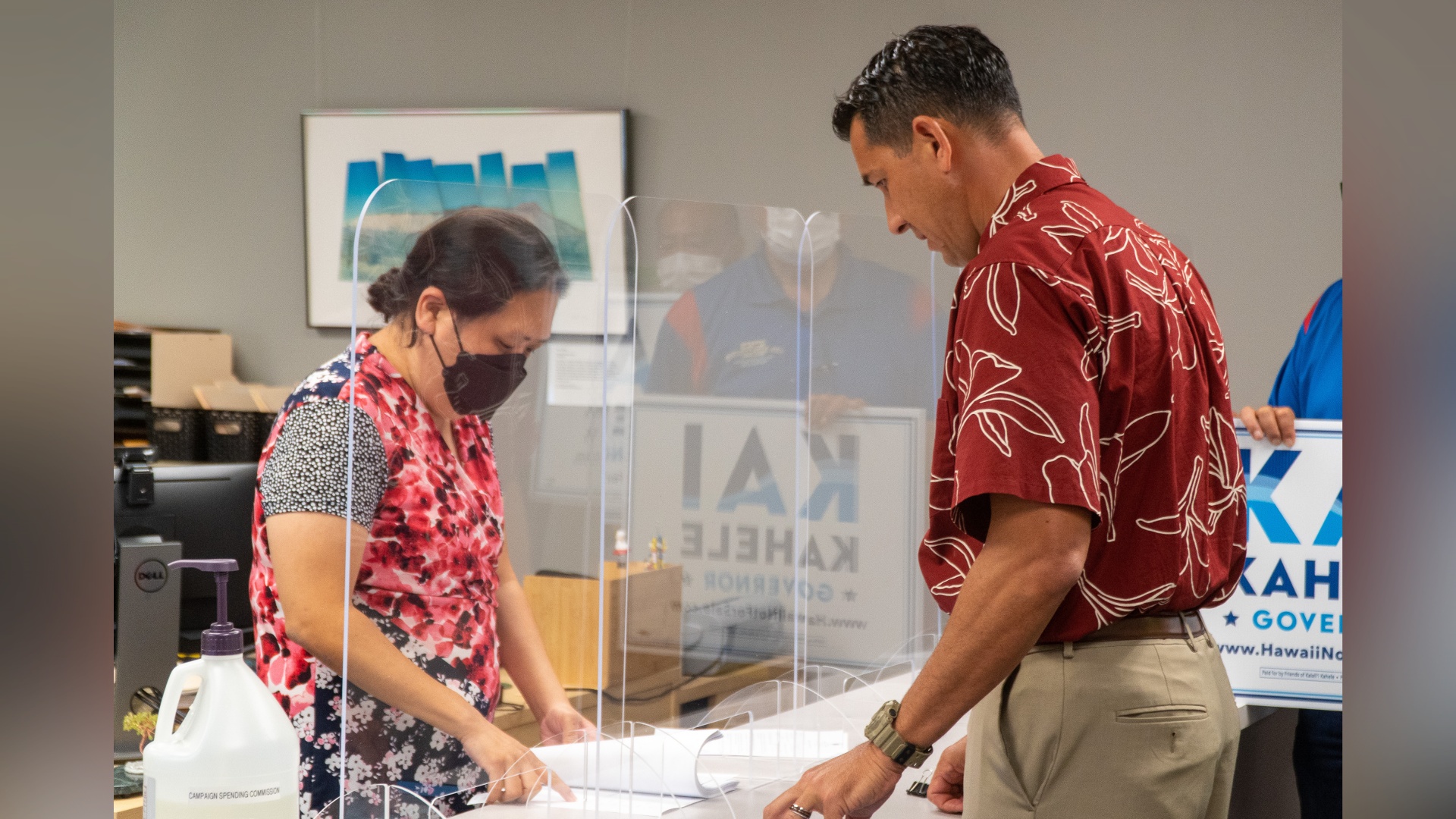 Kahele Files For Public Funds In Race For Hawaiʻi Governor

HAWAIʻI - Kahele has filed a "record-setting" application for Public Financing with the Campaign Spending Commission, his campaign says.

(BIVN) – Candidate for Hawaiʻi governor and current U.S. Representative Kai Kahele has filed what his campaign says is a “record-setting” application for public funding in the upcoming election.

From the Kahele campaign:

Kai Kahele officially filed his Application for Public Funds and Statement of Qualifying Campaign Contributions at the Hawaiʻi State Campaign Spending Commission in Honolulu this afternoon, qualifying him for his first round of Public Financing. The filing marked the fastest any gubernatorial candidate has reached the minimum $100,000threshold of small-dollar donations since public financing’s inception in the 1980s. Kahele reported that his team collected $104,318.70 in 38 days, which is in stark contrast to previous gubernatorial candidates who have taken months to achieve a similar result. Kahele is also the only candidate to run for governor to cap all contributions to his campaign at $100 and denounce all corporate, special interest, and PAC monies. In addition, Kahele has also pledged not to hold a single campaign fundraiser in the 2022 election.

Nearly 1,400 individual contributions from around the state contributed to the campaignʼs initial eligibility to file for public funds.

“We are honored by the tremendous show of support from working-class families across the state that has helped us achieve a remarkable feat in record time,” said Kai Kahele. “Our campaign is powered by the number of people that support us rather than the number of dollars, and we are proud to be truly forging a movement that aims to restore trust in our government and its elected officials. We are committed to getting big money and special interests out of politics so that we can return Hawaiʻi to the people, and the groundswell of support we’ve seen thus far validates our message and gives us hope that our communities are ready for us to lead that change.”

The Campaign Spending Commission will do its due diligence to confirm the legitimacy of the donations. It has 20 days from today to certify that all names listed are Hawaiʻi residents eligible to contribute. Once the statement is confirmed, the commission will write a matching check to the Friends of Kaialiʻi Kahele. Gubernatorial candidates can receive up to $208,117 in matching public funds in a given election cycle.

Kahele will be seeking the Democratic Party nomination in a packed field of candidates. Other Democrats who have filed to run include David Bourgoin, Vicky Cayetano, Josh Green, Richard Kim, Clyde McClain Lewman, and Van Tanabe.