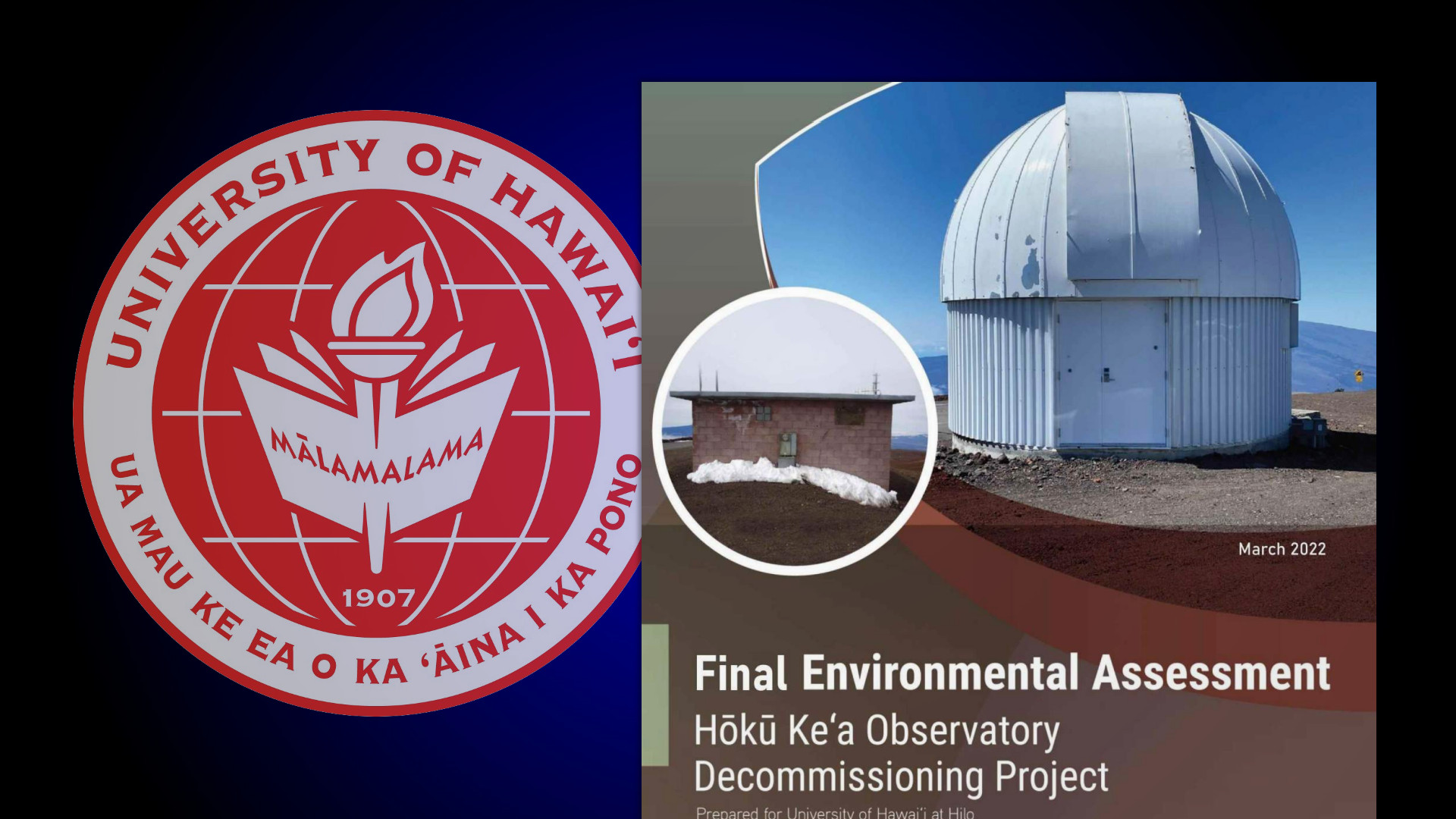 MAUNAKEA, Hawaiʻi - The final EA details the plan to remove the Observatory and Generator Buildings - and certain infrastructure - restoring the site "to the extent practicable." 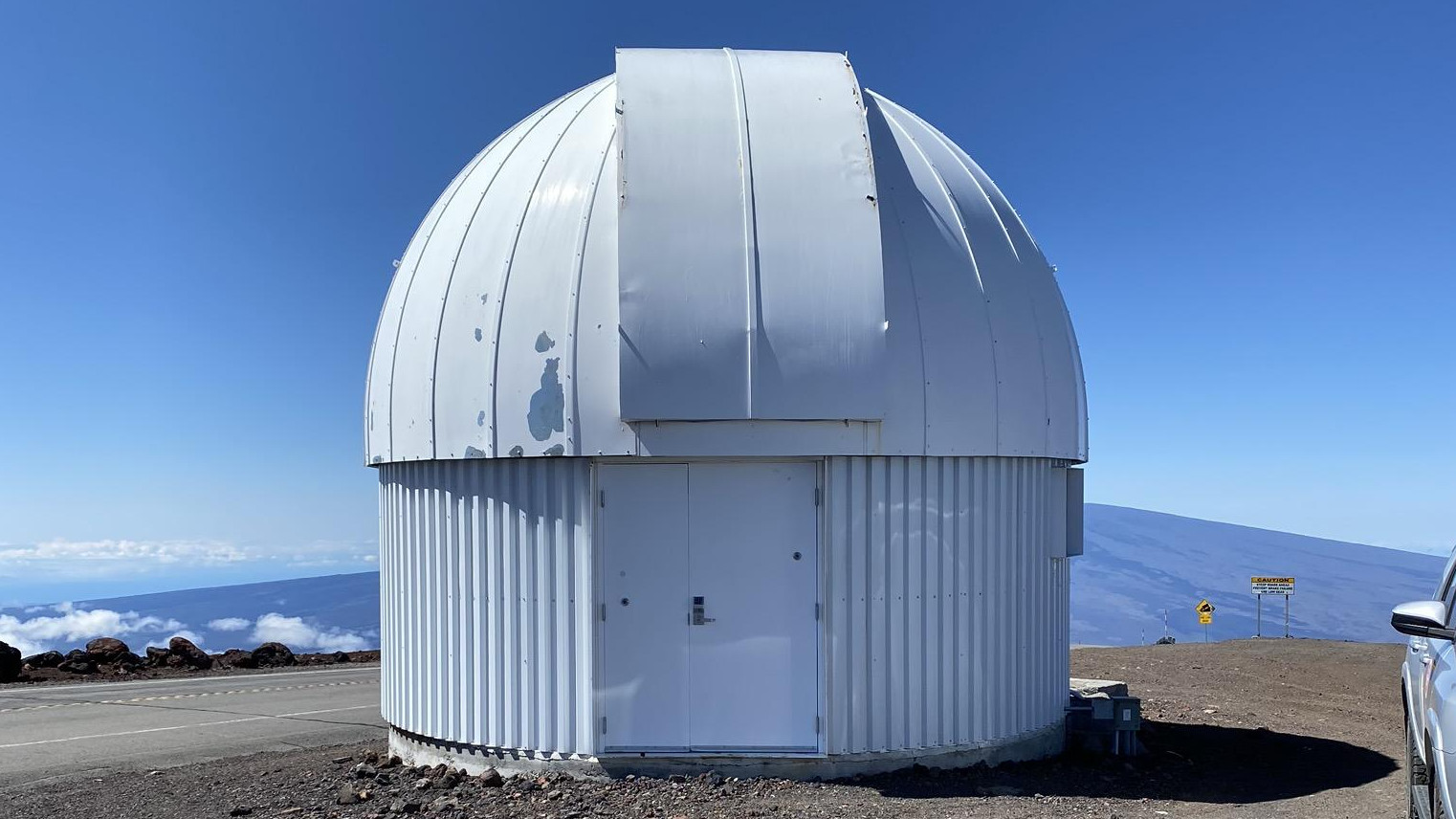 (BIVN) – The Final Environmental Assessment for the intended decommissioning of the Hōkū Ke‘a Observatory on Maunakea has been published. The Final EA comes with a Finding of No Significant Impact.

The University of Hawai‘i at Hilo plans to decommission “the Hōkū Ke‘a Observatory Building, Generator Building, and associated telecommunications and electrical infrastructure and restore the site to the extent practicable,” the document explains. “The deconstruction, removal, and restoration activities would be conducted pursuant to a Site Decommissioning Plan (SDP) that includes a Site Deconstruction and Removal Plan (SDRP) and a Site Restoration Plan (SRP).”

“Use of the site for astronomy purposes would be permanently ended, and no astronomy re-use is contemplated,” the document says. Separate plans are in the works for a new teaching telescope to be installed at a lower elevation on Maunakea, in the Halepōhaku mid-level area.

The document provides this background:

The Hōkū Ke‘a telescope and observatory was built in the 1960s for use by the National Aeronautics and Space Administration (NASA) and the U.S. Air Force. The University of Hawai’i acquired the telescope in 1970. In 2003, the University of Hawaiʻi gave control of the telescope to UH Hilo’s Department of Physics and Astronomy to train undergraduates on the instrument. In 2010, the old 24-inch telescope was replaced by a 36-inch telescope. Although the Hōkū Ke‘a telescope was intended to play a critical role in the educational mission of UH Hilo’s Department of Physics and Astronomy, it did not achieve satisfactory operational performance. UH Hilo ceased operations in 2015 and decided to decommission the telescope as part of the University’s commitment to reduce its footprint at the summit of Maunakea. The mission of decommissioning is to return the site to as close to the original natural form as possible.

The document states the University believes the Proposed Action “would have short-term and temporary impacts during deconstruction and site restoration activities that would be less than significant to biological resources, geology and soils, water resources, air quality, the existing noise environment, traffic and transportation, socioeconomics, public facilities and services, and natural hazards. Best management practices (BMPs) and other measures would be implemented to minimize impacts, as applicable.” 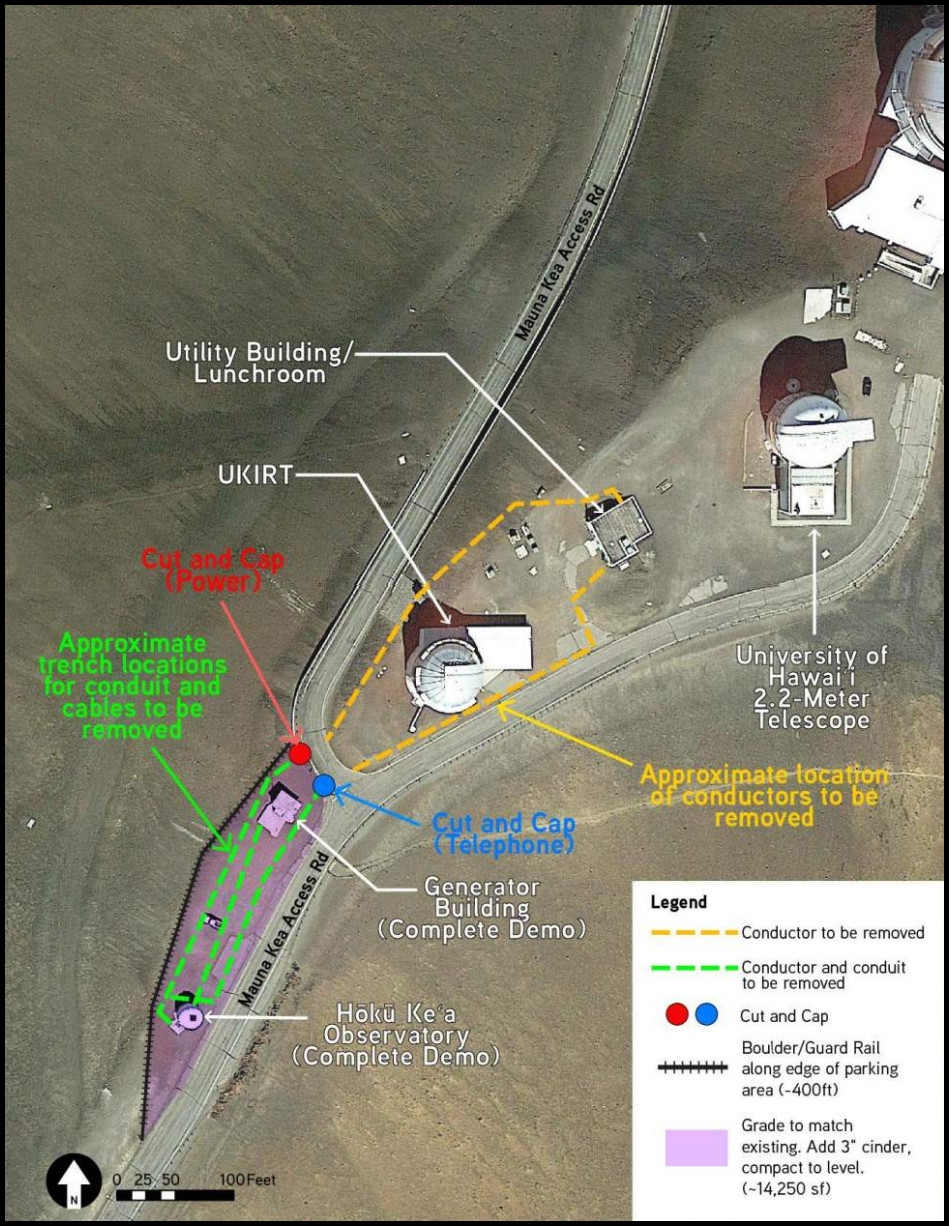 The document states that the Proposed Action, or Alternative 3, includes:

Complete removal of the Generator Building in Area A

Conductor removal in Area B

Restoration in Area A