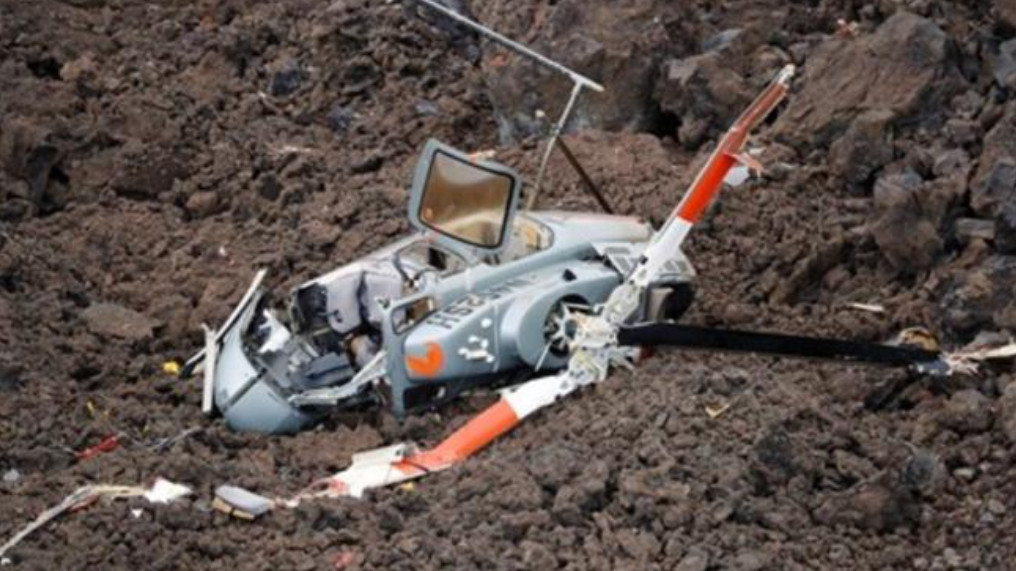 KAʻŪ, Hawaiʻi - After a "violent upset" sent the helicopter into an uncontrolled spin, a passenger "observed something fall off the helicopter", the report states.

(BIVN) – A preliminary report has been published on the June 8 helicopter crash on Hawaiʻi island that injured six people.

From the NTSB report:

According to a representative of the operator, Paradise Helicopters, about 1701, the helicopter departed the company base at Ellison Onizuka Kona International Airport at Keahole (PHKO), Kona, Hawaii, to the south for an air tour flight around the island. Automatic dependent surveillance-broadcast and company flight track data showed the helicopter traveled southeast about 500-600 ft above ground level and between airspeeds of 122 and 127 knots.

The pilot reported that the first part of the flight was normal; about 30 minutes into the flight, the helicopter experienced a violent upset, followed by an uncontrolled spin (yaw) to the right.

A passenger, seated in the aft left forward-facing seat reported that as the helicopter continued to spin, she observed something fall off the helicopter; however, she was not able to identify a specific part.

The flight track data showed a rapid descent and decrease in airspeed at the end of the flight track, consistent with the occupants’ statements.

The helicopter continued to spin uncontrollably while it descended, and it subsequently struck an area of rough, uneven, lava-covered terrain and came to rest on its left side.

The Hawaiʻi Fire Department said it responded to the crash alarm at 5:32 p.m., and says ground units were unable to access the crash site in a timely manner. Eventually, a County helicopter was initially able to extricate two females and a male from the crash site, as medics staged at the south end of Menehune Drive. The same helicopter returned to extricate a fourth patient. A second chopper arrived on the scene and extricated the two “most seriously injured” patients, according to the fire department. 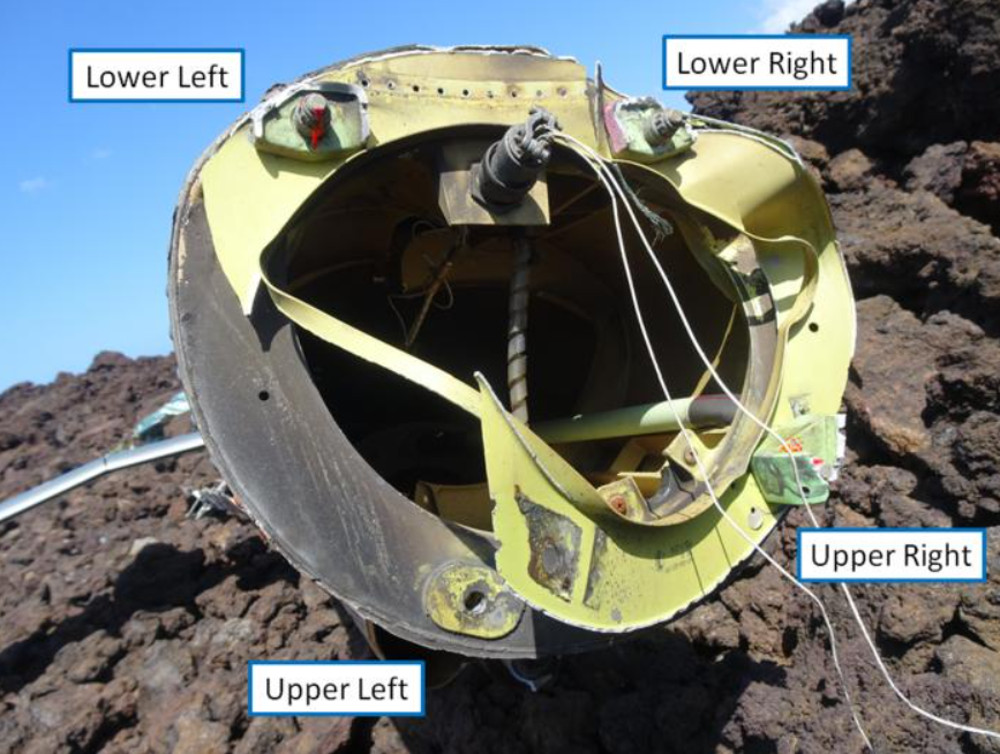 A review of the accident helicopter’s maintenance records revealed that the most recent tail boom attachment fasteners torque check (per Task #DMC-407-A-53-01-00-00A-72A) was completed on May 4, 2022, at a total airframe time of 22,891.4 flight hours. At the time of the accident, the helicopter had accumulated 23,005.6 flight hours (114.2 flight hours since the torque check), and no additional maintenance had been conducted to that attachment location.

Portions of the tail boom structure, aft fuselage structure, attachment fittings and fasteners were retained for further examination by the NTSB’s Materials Laboratory.

The NTSB report notes that this report (Accident Number ANC22FA041), “is preliminary information, subject to change, and may contain errors. Any errors in this report will be corrected when the final report has been completed.”