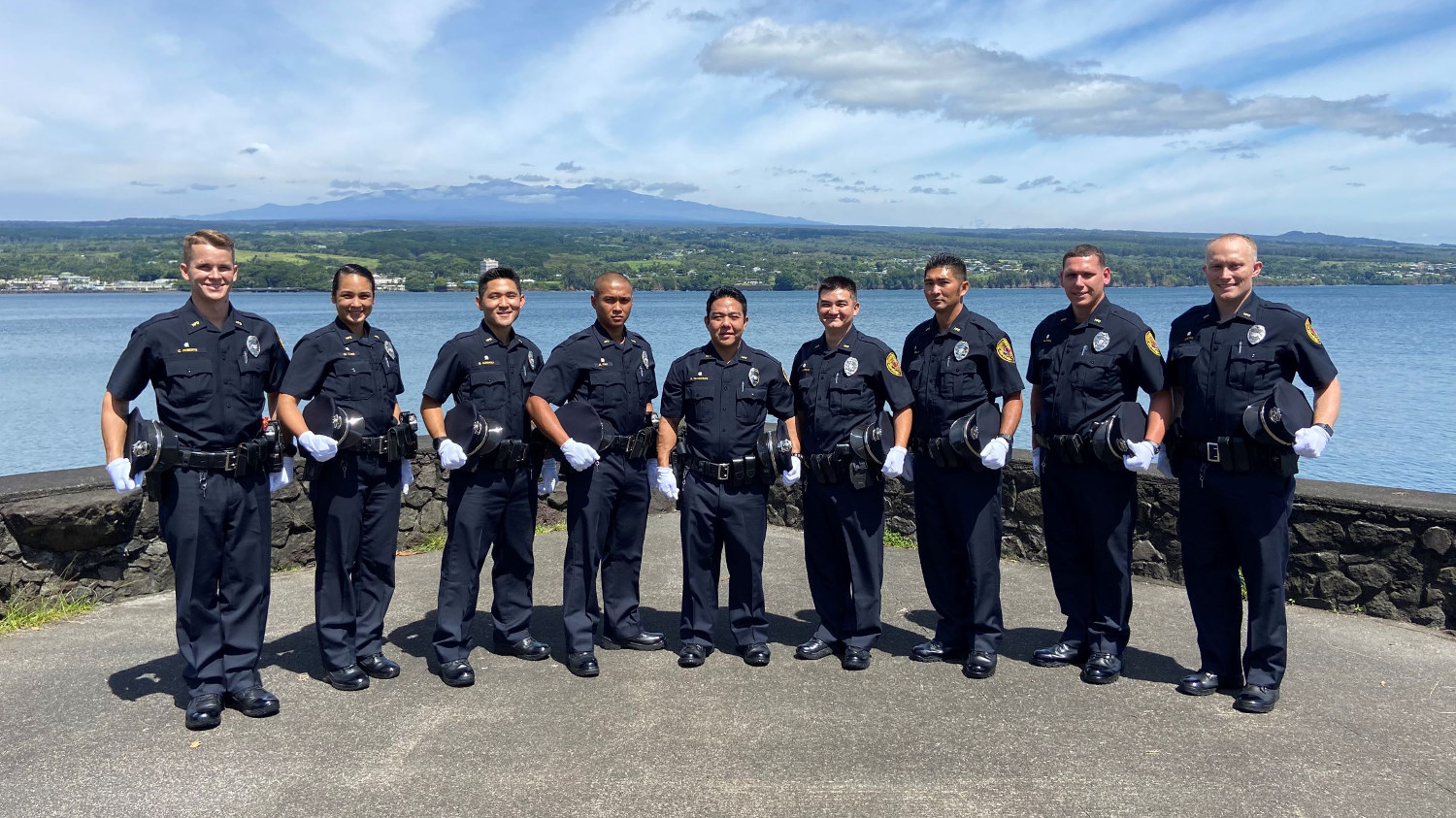 HILO, Hawaiʻi - The nine new officers will now undergo four months of on-the-job field training with veteran police officers before they are qualified to work alone.

(BIVN) – A ceremony was held for the Hawaiʻi Police Department’s 95th Police Recruit Class on Thursday, June 30, at the Hilo Hawaiian Hotel.

The invite-only ceremony limited to police personnel, guest speakers, and family members of the recruits. The public was able to view the ceremony live on the Hawaiʻi Police Department’s Facebook page.

The 95th Police Recruit Class began their training on December 16, 2021. They started off as strangers who had come together from a variety of backgrounds and previous career paths. In the end, after six and a half months of intensive training, they graduated with a class of nine police recruits.

Special recognition was given to those recruit officers who achieved outstanding performance during the course of academic training. The Academic Award was awarded to Officer Edward Petrie who attained and upheld the highest grade point average on weekly and certification examinations. Officer Collin Roberts was presented with the Firearms Award for his interest and proficiency in the use of firearms and for attaining the highest rating in firearms training. Recipients of the academic and firearms awards will have their names engraved on a perpetual plaque, which is displayed in the department’s training room.

Officer Grant Kunihiro was recognized with the Physical Fitness Award for excelling and maintaining his level of physical conditioning. Officer Collin Roberts received the Overall Outstanding Recruit Award for his performance and motivational qualities.

Our newly graduated officers will now undergo four months of on-the-job field training with veteran police officers before they are qualified to work alone.