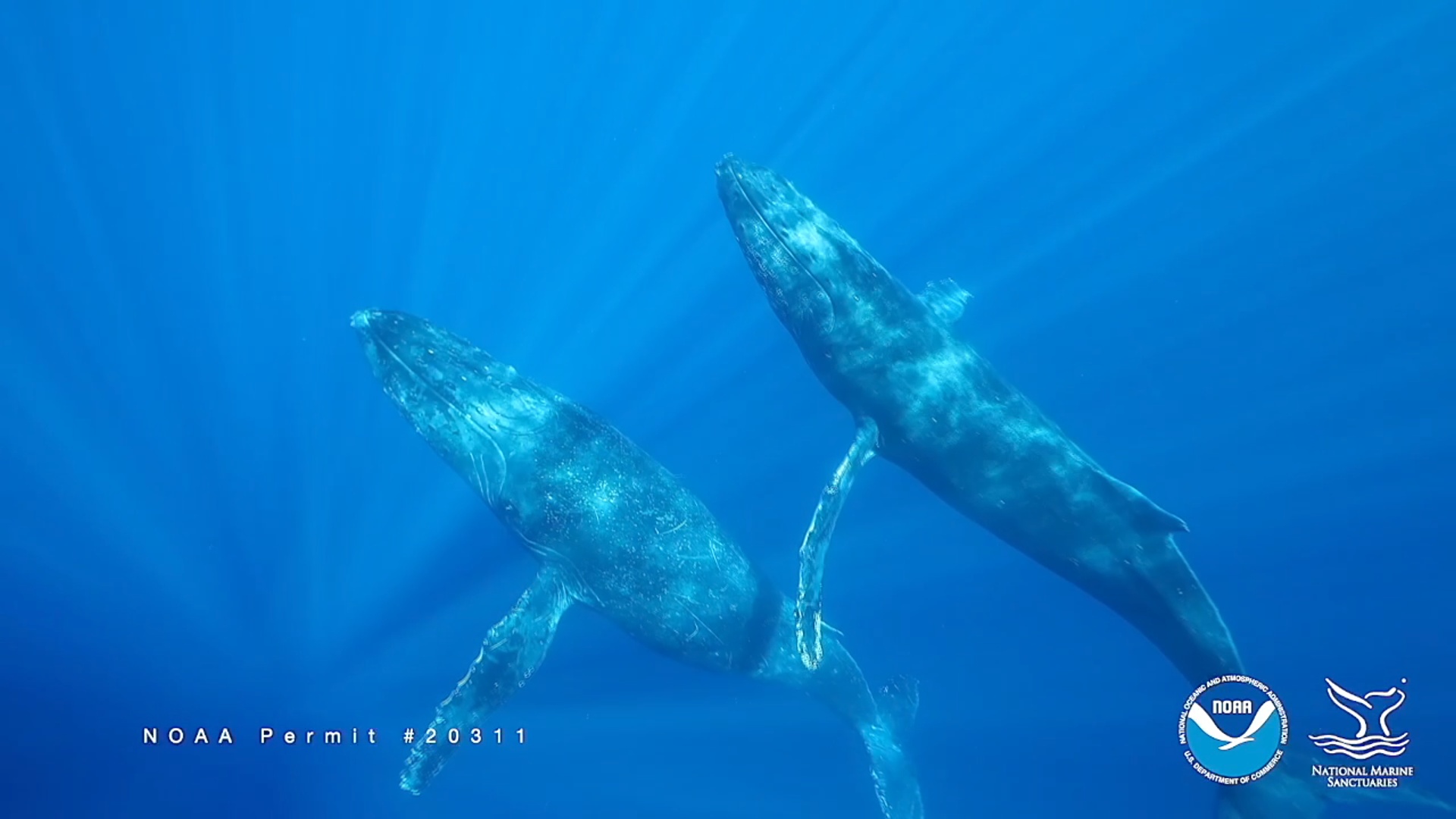 Climate Change Might Keep Humpback Whales Away From Hawaiʻi

HAWAIʻI - At the current pace, scientists say, it is likely that breeding grounds will heat up past the 21 to 28°C temperature range over the next century. 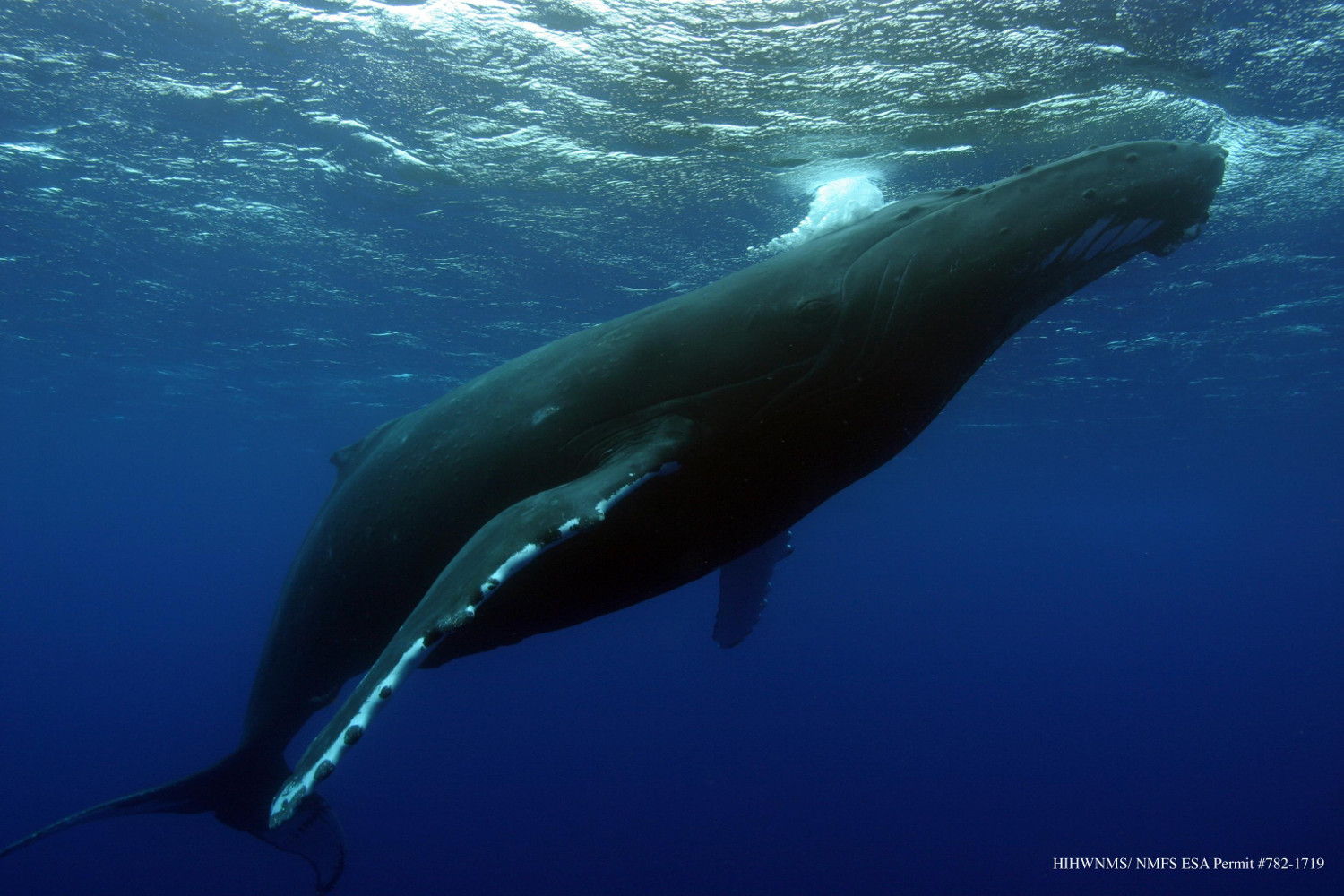 (BIVN) – University of Hawaiʻi researchers say humpback whales “may one day avoid Hawaiian waters due to climate change and rising greenhouse gasses”, according to a new paper published in Frontiers in Marine Science.

Three University of Hawaiʻi at Mānoa graduate students were a part of the team of researchers: Hannah von Hammerstein and Renee Setter from the Department of Geography and Environment in the College of Social Sciences, and Martin van Aswegen from the Marine Mammal Research Program in the Institute for Marine Biology.

Humpback whales are known to migrate toward tropical coastal waters, such as Hawai‘i’s, where they give birth to their calves. These areas lay in regions with sea surface temperatures ranging between 21 and 28 degrees Celsius (approximately 70–82 degrees Fahrenheit), and the whales typically return to the same sites annually.

According to von Hammerstein, Setter, van Aswegen and co-researchers from the Pacific Whale Foundation, anthropogenic climate change is warming the oceans at unprecedented rates. At the current pace, it is likely that some of these breeding grounds will heat up past the 21–28°C temperature range over the next century. 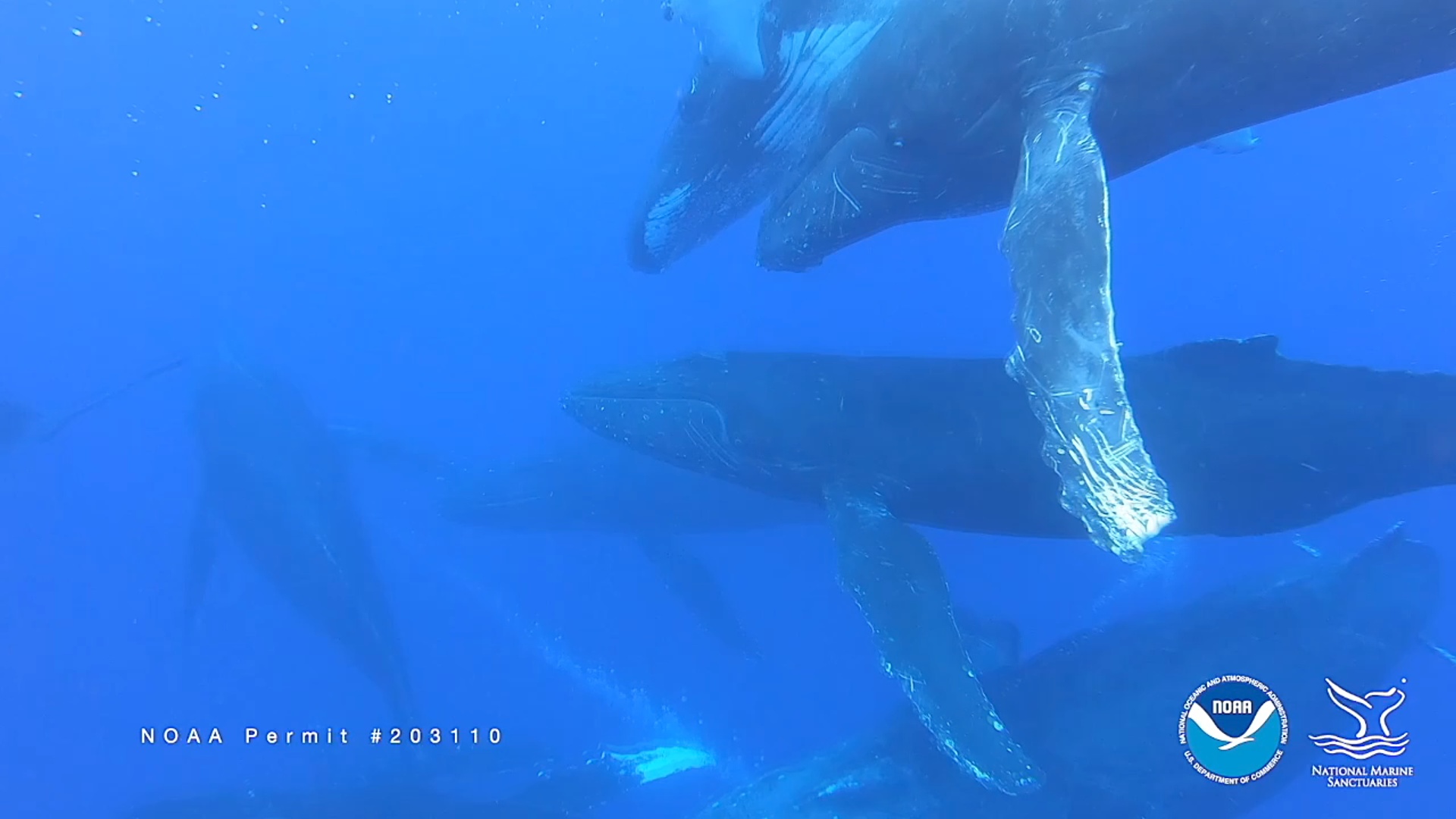 1.) By 2100, in a worst case scenario with continuing high development and unabated carbon emissions, 67% of humpback whale breeding grounds will surpass the critical sea surface temperature of 28°C.

2.) In a “middle-of-the-road” scenario with global and international institutions working toward emission mitigation goals, that number would fall to 35% of breeding grounds. 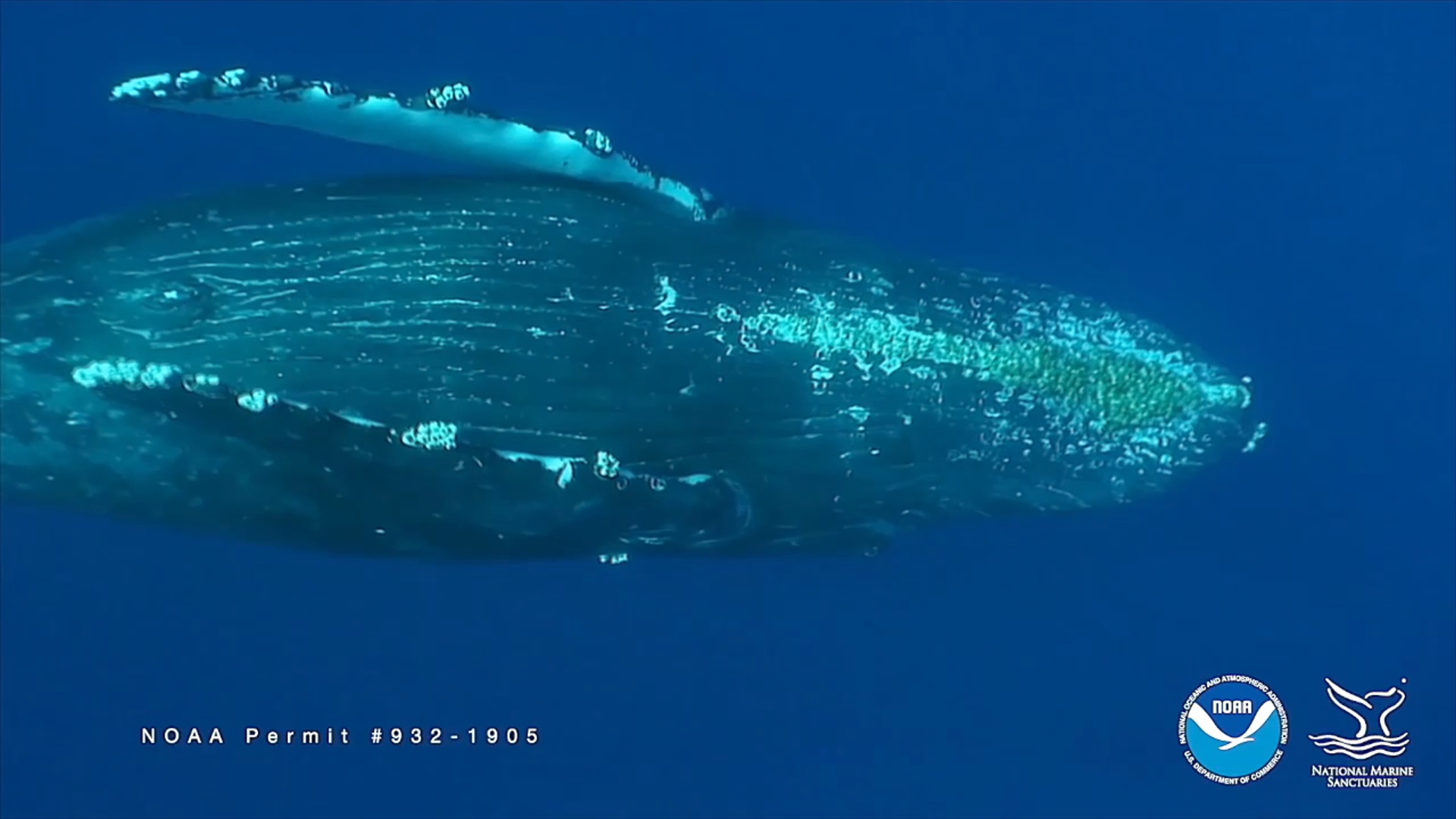 “We expected to see critical warming in some of the breeding grounds, but the number of critically affected areas was a surprise,” said von Hammerstein. “While the results of the study are daunting, they also highlight the differences between the two emission scenarios and what still can be won by implementing emission mitigation measures.”

The researchers note that, while it is currently not known whether humpback whales will continue to migrate to breeding grounds above 28°C, they hope their findings may be an incentive for policymakers to work toward reducing emissions, not only in Hawaiʻi but also on an international level.

“Our findings provide yet another example of what is to come with anthropogenic climate change, with humpback whales representing merely one impacted species,” van Aswegen said. “Improving our understanding of how ecosystems are going to change is critical for the effective and timely implementation of mitigative measures.”