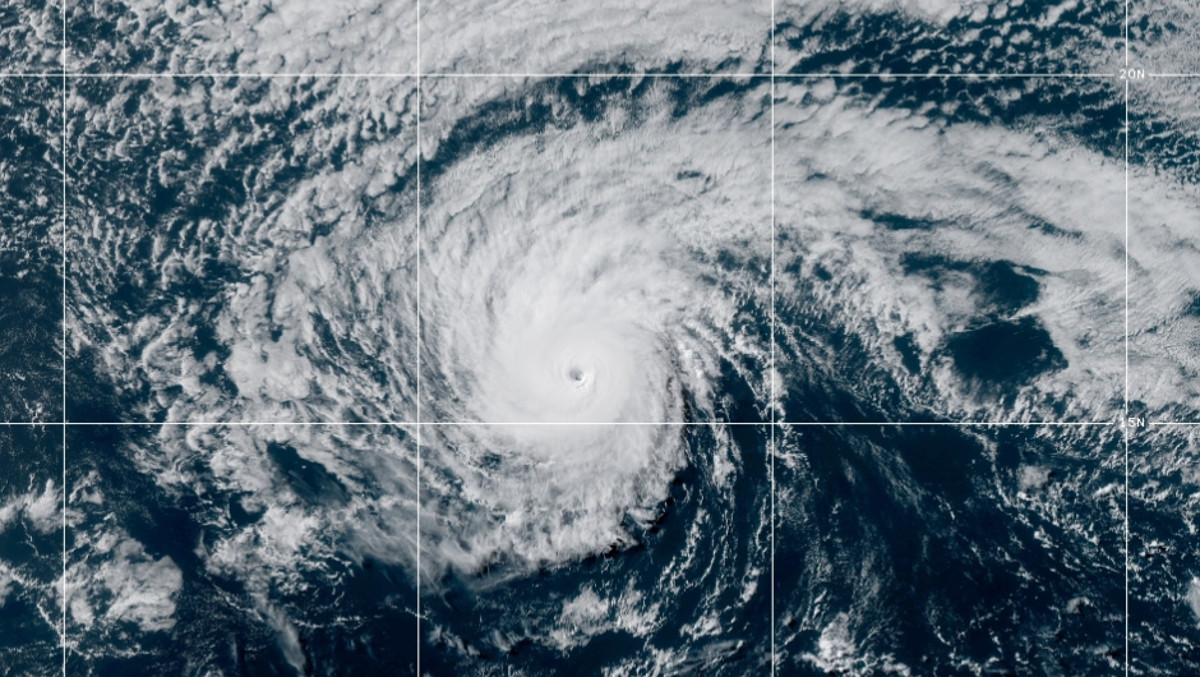 HAWAIʻI - Although Hurricane Darby reintensified back to a Category 3 storm on Wednesday, but should rapidly weaken before passing south of the Big Island. 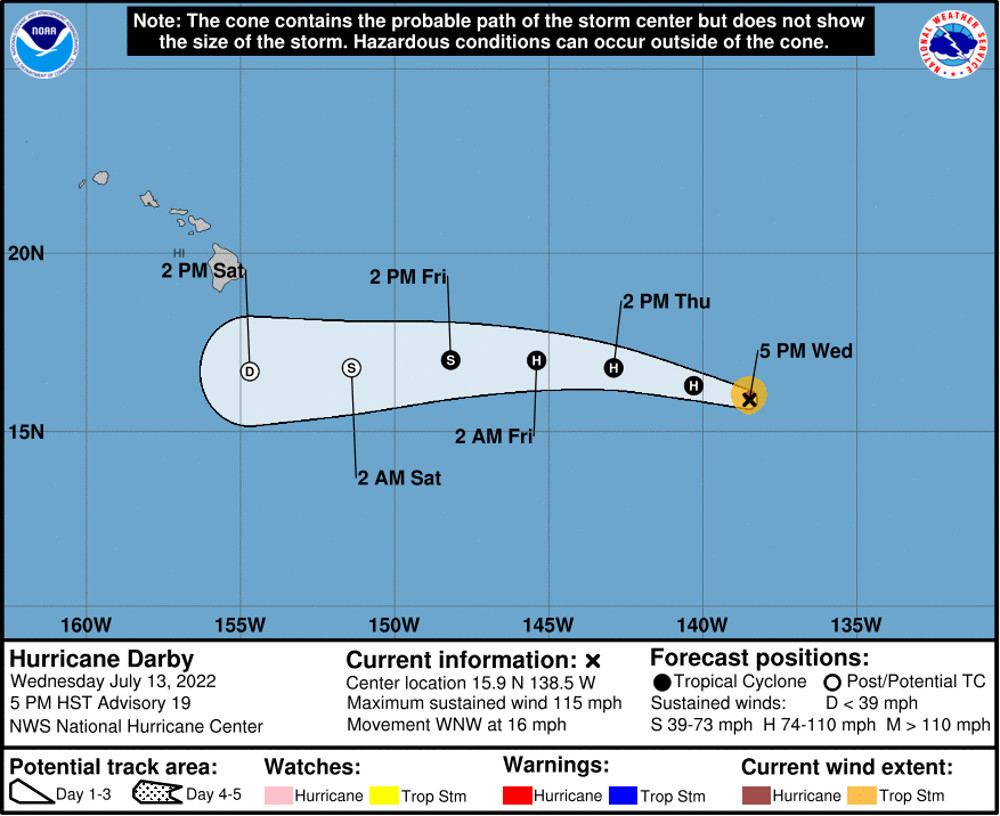 (BIVN) – Darby has become a Major Hurricane once again, strengthening to Category 3 on the Saffir-Simpson Hurricane Wind Scale on Wednesday evening.

“Darby continues to be a healthy tropical cyclone,” the National Hurricane Center in Miami reported at 5 p.m. Wednesday. “Sea surface temperatures (SSTs) are between 25-26C around Darby and should remain marginal along the forecast track.”

Forecasters still expect Darby to rapidly weaken as it nears the Central Pacific.

“The main question is when the forecasted vertical shear will begin to significantly affect the system,” the National Hurricane Center continued. “The combination of this vertical shear, marginal SSTs, and drier low- to mid-tropospheric air should result in a rapid weakening of Darby, especially considering the small size of the cyclone.”

The forecasters said Darby “could maintain an eye tonight, but it would finally collapse some time Thursday, with the low level circulation becoming exposed on Friday. The main intensity aids are projecting a rapid weakening over the next 3 days despite the recent intensification.”

Darby is still expected to become a post-tropical/remnant low in 72 hours, and pass south of the Big Island over the weekend.

“This remnant moisture is expected to increase shower activity, especially across the eastern end of the state,” the National Weather Service said. “Additionally, high surf is forecast along south facing and some east facing shores this weekend.”

Even as the Honolulu weather forecasters track the remnant moisture of Tropical Cyclone Bonnie – which brought rainy weather conditions to Hawaiʻi island on Wednesday – the future affects of Hurricane Darby are being considered. From the forecast discussion posted at 3:44 p.m. HST:

Attention for the weekend then turns to Hurricane Darby which is around 1200 miles SE of Hilo. The trend among the operational models during the last couple of days has been to shift upper troughing westward resulting in greater stability over the islands this weekend. This development has in turn allowed the southern periphery of the dominant north-central Pacific high to trend southward thereby forcing the remnant circulation to track well south of the Big Island with greater confidence. With that said, there still remains some support among the ensemble guidance for a slightly more northerly track not to mention the inherent uncertainty characteristic of several days of lead time. In any case, the northern periphery of the associated moisture field is modeled to graze the islands and bring increased heavy rain potential windward sections of the Big Island and possibly Maui. The primary forecast uncertainty is the eventual depth of the resident moisture field which will be track-dependent.

With that in mind, similar to today with the remnants of TC Bonnie, the remnants of Darby will enter a stable trade wind environment beneath mid-level ridging that will be hostile to deep convection & intense rainfall. Thus, the high PWAT values (1.75 to 2″) characteristic of the incoming airmass will be largely offset by poor saturation in the mid and upper levels, a consequence of both existing dry air and a warming column. This explains the rather unimpressive QPF output by the global models Friday night and Saturday. However, unlike today, Darby will be in a much earlier phase of the decay sequence and will therefore arrive with comparatively deeper moisture and greater low-level organization. In this context model forecast soundings out of Hilo, which indicate saturation a few thousand feet deeper than today, make sense and do favor a greater threat for moderate to heavy rainfall late Friday night through Saturday when compared to today. At this stage, today’s rainfall totals from the remnants of Bonnie can be thought of as a floor for remnant TC Darby this weekend – assuming it tracks sufficiently far north to bring impacts. Trades will also become locally strong early this weekend with a wind advisory for the typical windier locales in Maui County and the Big Island potentially in play depending on the exact track.

The Central Pacific hurricane season begins June 1 and runs through November 30. Thanks in part to the ongoing La Nina pattern in the Pacific, a below-normal hurricane season is likely this year.