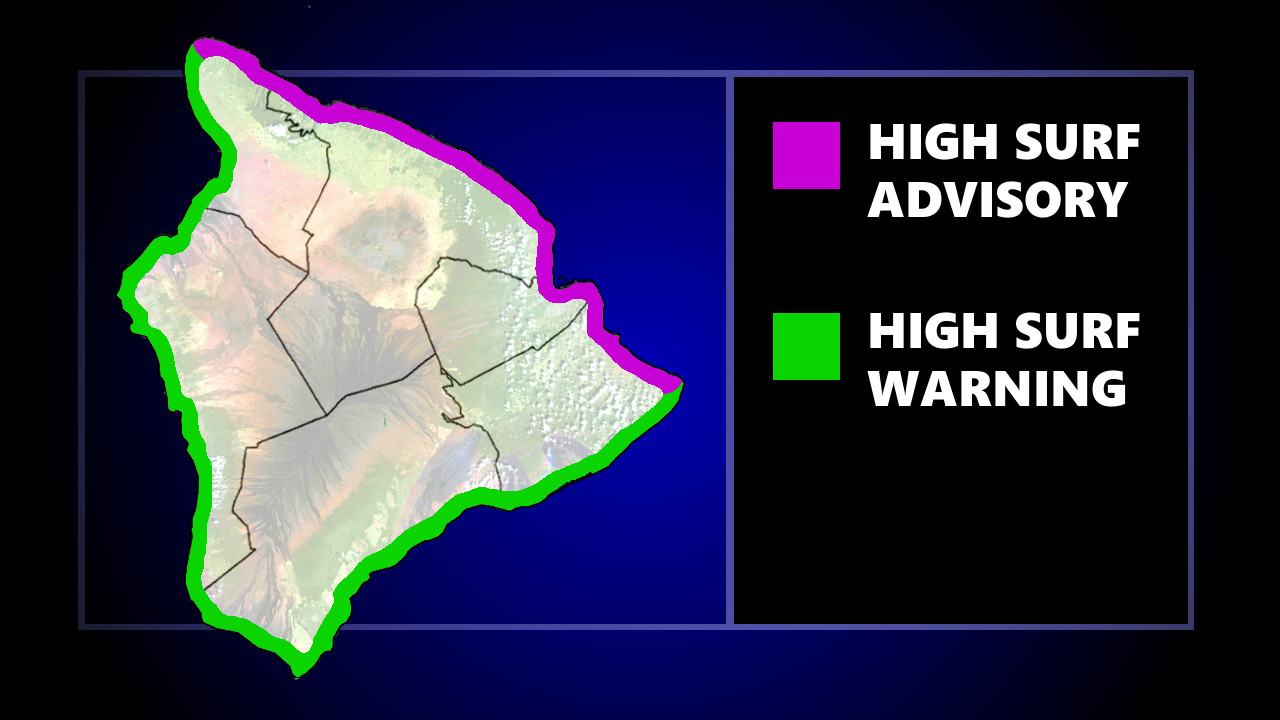 (BIVN) – An additional High Surf Advisory has been issued for parts of Hawaiʻi island, to go along with the High Surf Warning already in place, as an historic south swell and waves generated by Tropical Storm Darby will produce dangerous conditions through Sunday.

Historic south swell out of the 170 to 190 degree direction will produce dangerous waves along south facing shores today through Sunday. A combination of large surf and regular predicted water levels could lead to flooding of beaches that typically remain dry, especially at and around the peak daily tide. The combined elevated, rough trade wind swell and swells generated by Tropical Storm Darby will produce advisory level surf for east facing shores of the Big Island through tonight as the storm weakens and passes south of the islands.

Under the new High Surf Advisory, large breaking waves of 8 to 12 feet are forcast for east-facing shores of the Big Island until 6 a.m. HST on Sunday.

For the High Surf Warning already in place for south-facing shores of the Big Island, surf will build to 14 to 18 feet during the day today, then rise to 18 to 24 feet tonight through Sunday night.

In addition to the multiple beach park closures already announced by both the State and County of Hawaiʻi, the Kaloko-Honokōhau National Historical Park and Puʻuhonua o Hōnaunau National Historical Park will be closed to the public Saturday (July 16). “The main concern is the high surf expected to impact both parks,” said the National Park Service. “NPS staff will monitor and will re-open all or portions of the parks when conditions improve.”

A historic, large, long-period south swell affecting the area is expected to produce large breaking waves and harbor surges at times in harbor entrances today through Sunday. Mariners using south facing harbors should exercise caution when entering or leaving the port and when mooring or launching vessels.