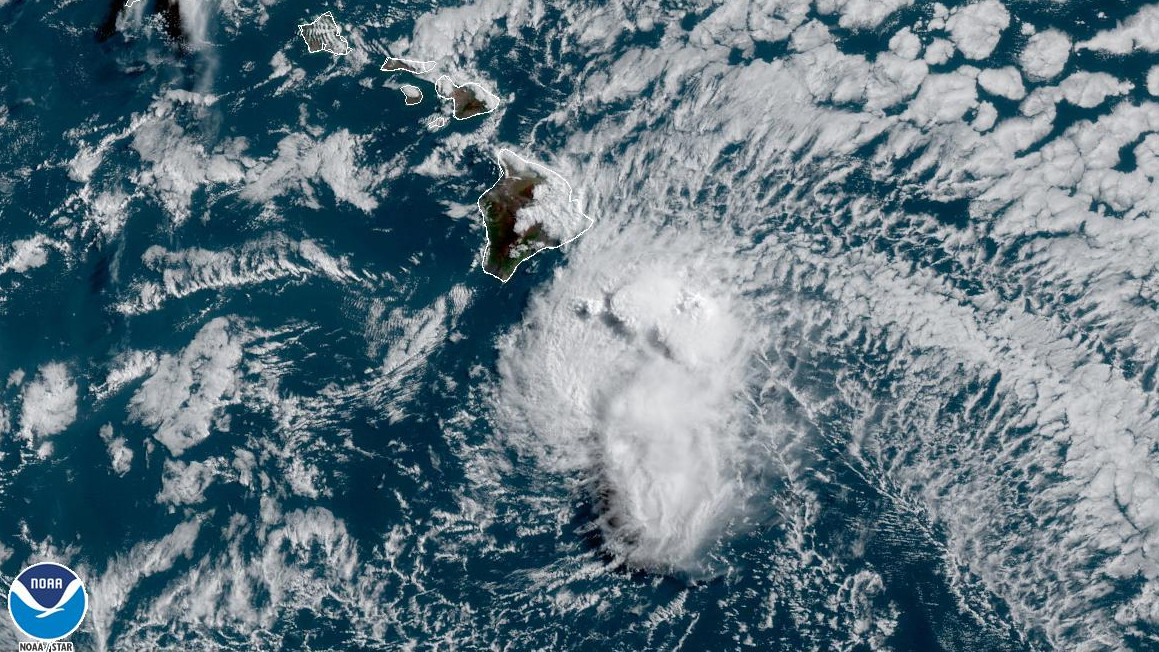 (BIVN) – As of 5 a.m. HST, Tropical Storm Darby was located about 190 miles southeast of Hilo, and heading west at 22 mph. The forecast track will bring the center of Darby south of the Big Island later today, the Central Pacific Hurricane Center reported.

Darby, already a “weak” tropical storm with sustained winds are near 45 mph, is expected to weaken into a post-tropical remnant low tonight before dissipating on Sunday, forecasters reported this morning. 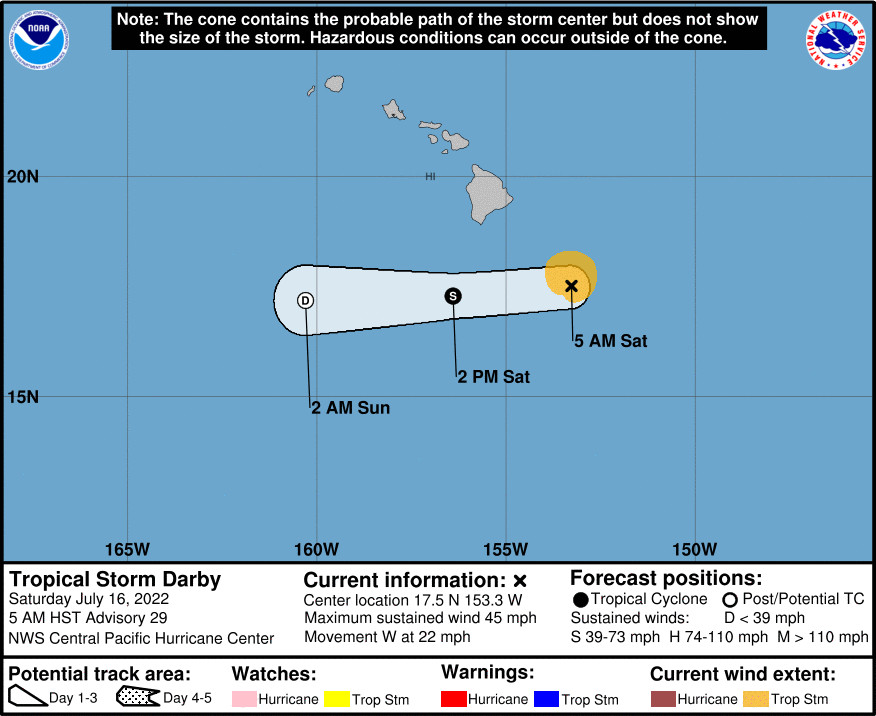 “Darby is expected to produce localized storm total rainfall of 2 to 4 inches along portions of windward Big Island,” the Central Pacific Hurricane Center said. “These rains may cause minor flooding especially in low-lying and poor drainage areas.”

A Wind Advisory is also in effect “for the typically windy areas of Maui County and the Big Island, as well as the higher elevations summits through 6 p.m. this evening, as Darby makes its closest approach,” forecasters said.

A High Surf Warning and a High Surf Advisory is already posted for the Big Island.

The potential impact of Darby on the weekend weather is further detailed in this National Weather Service discussion posted at 3:54 a.m. HST:

The latest forecast from the Central Pacific Hurricane Center shows Darby sliding by around 100 miles south of the Big Island today, then weakening into a post-tropical remnant low tonight. Model solutions have been very consistent on the forecast track during the past several days, indicating the brunt of the moisture associated with the decaying system will focus over the Big Island. Showers will continue to increase this morning over windward Big Island, while typical trade wind weather prevails over the remainder of the state. There remains the potential for some locally heavy rain and thunderstorms over the Big Island today, with average windward totals of 2-4 inches still appearing on track. Elsewhere, no significant rainfall is expected.

Conditions are expected to improve over the Big Island this evening, followed by a rather dry trade wind pattern statewide through Tuesday. The airmass begins to moisten back up Tuesday night, bringing a return of more typical trade wind weather through the end of the work week.