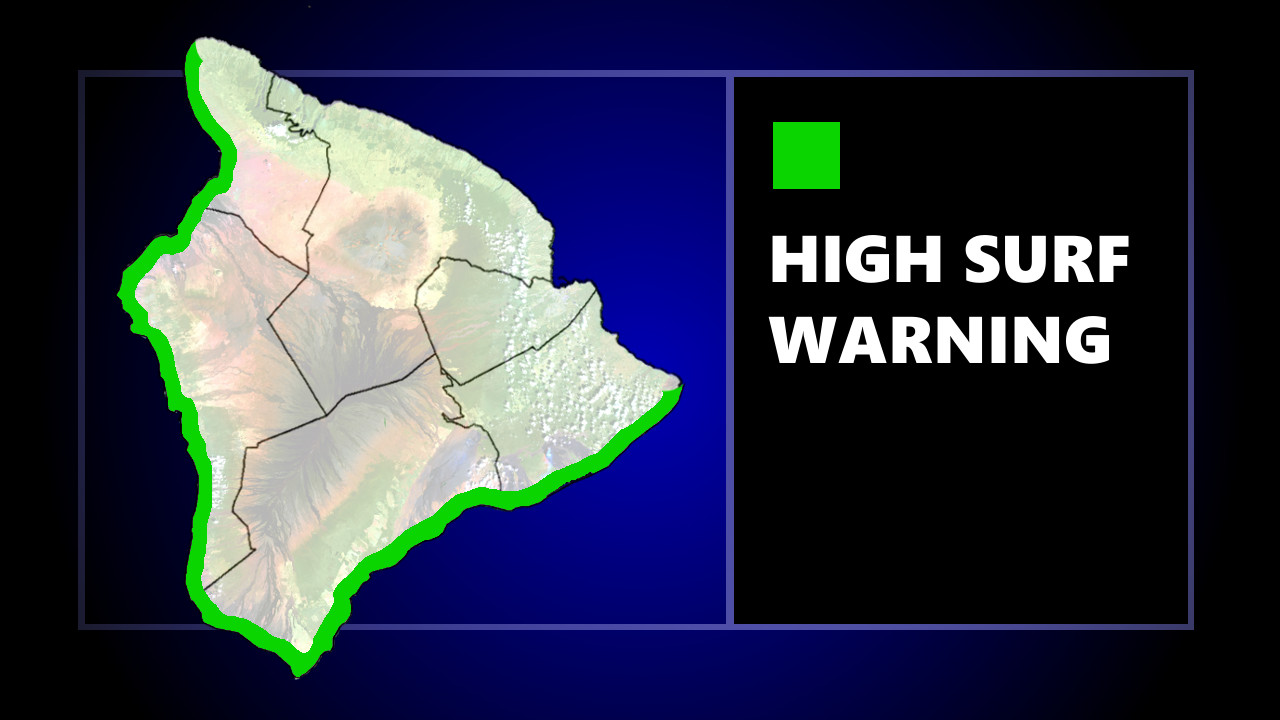 High Surf Warning Due To South Swell Continues Into Tuesday

HAWAIʻI ISLAND - Surf heights of 12 to 16 feet are still possible along south-facing shores of all the Hawaiian islands, forecasters say.

(BIVN) – The High Surf Warning for south-facing shores of Hawaiʻi island remains in effect until 6 a.m. on Tuesday, the National Weather Service in Honolulu announced on Monday afternoon.

“A large, south swell out of the 170- to 190-degree direction will continue to produce dangerous breaking waves along south facing shores through tonight,” the forecasters wrote at 3:17 p.m. on July 18. “A combination of large surf and regular predicted water levels will lead to flooding of beaches that typically remain dry.

Surf heights of 12 to 16 feet will still be possible, forecaster say.

On Monday morning, the Hawaiʻi County Civil Defense reported that beaches were still closed at Old Airport and Kohanaiki Beach in Kona “due to debris clean up until further notice.”

In a Marine Weather Statement, the National Weather Service said the swell is expected “to produce large breaking waves in harbor entrances, and the potential for significant harbor surges through Monday night. Mariners using south facing harbors should exercise caution when entering or leaving the port, and when mooring or launching vessels.”