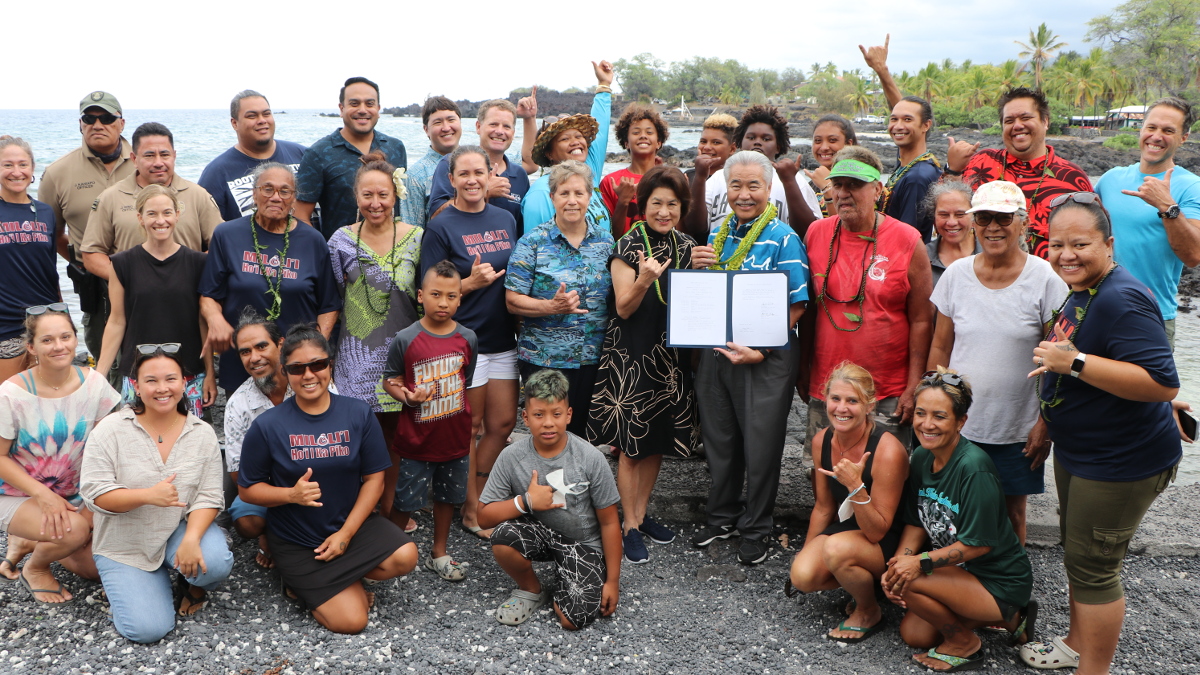 Governor David Ige visited Miloliʻi on Tuesday, where he signed administrative rules designating the CBFSA during a community celebration. 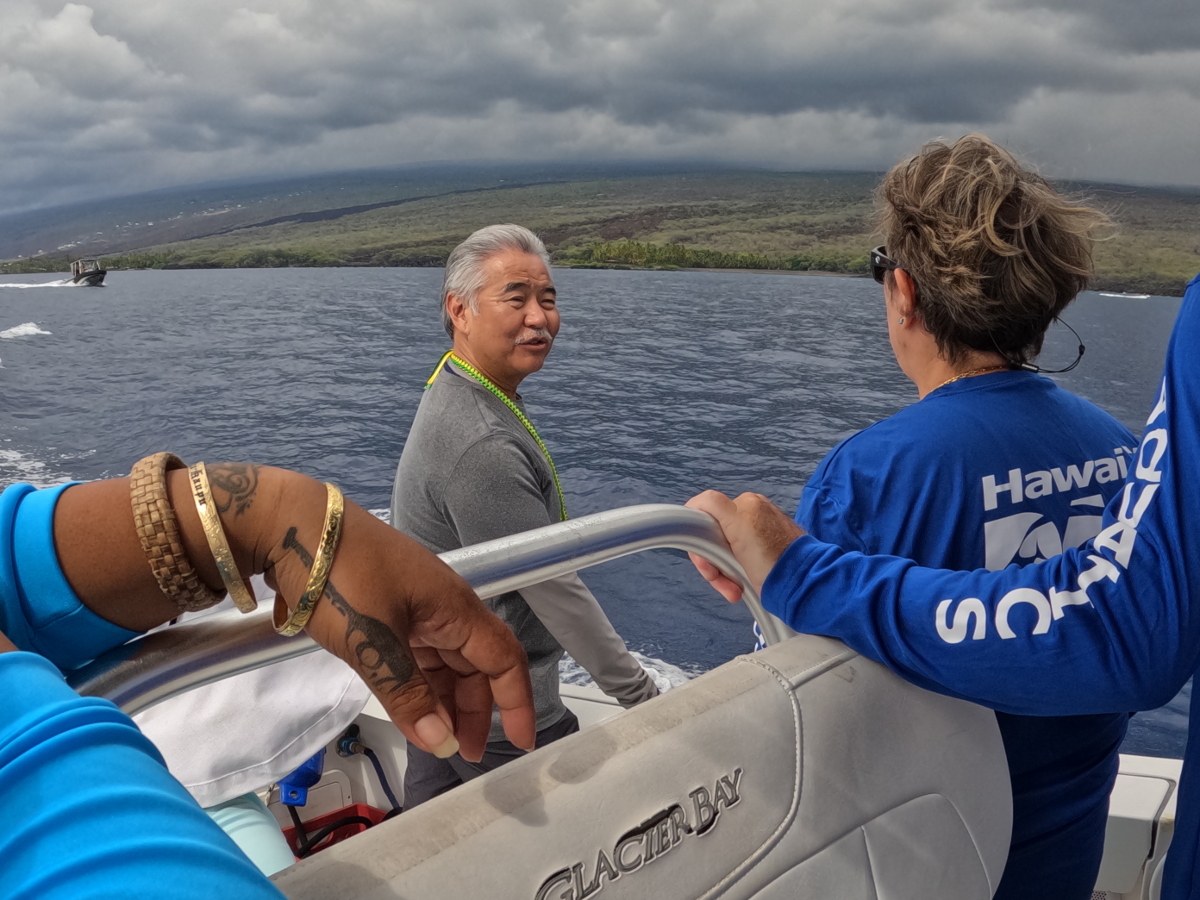 A long time in the making and supported by the persistence of residents, the Miloli‘i CBSFA will protect and conserve fish populations and their habitats, by combining traditional Hawaiian fishing practices with modern approaches to conservation.

Act 271, enacted by the State Legislature in 1994, led to the designation of 18-miles of coastal waters along the rugged coastline on either side of the small community as the first permanent, legislatively designated CBSFA. Years of work by dedicated community members, with support from biologists and staff at the DLNR Division of Aquatic Resources (DAR) and research and non-governmental organizations, led to the development of a set of administrative rules designed to ensure abundant stocks of priority species and high-quality fishing now and into the future.

Laila Kaupu, a fifth generation Miloli‘i fisher, was one of the prime movers behind the CBSFA initiative and headed up the community group, Kalanihale, which was instrumental in the development of the rules.

After a boat tour and snorkel with Gov. Ige and First Lady Dawn Amano-Ige, Kaupu let out a happy sigh. “That’s my feeling and I’ve got a feeling our kupunas are feeling the same. Just a lot of relief knowing that the community came together in its efforts, with the support of state and federal agencies. We can be that shining light that the governor mentioned for other coastal communities.”

In remarks before signing the administrative rules into law, Governor Ige said, “We need young people to carry this work forward and encourage other communities to create community-based subsistence fishing areas for the benefit and future of the entire state. Miloli‘i is a shining example of how we can all work together for the benefit of our marine resources, our keiki and our kupuna.”

DLNR Chair Suzanne Case added, “This has indeed been a long road for Miloli‘i, but you all have persevered. We join you today in celebrating this tremendous achievement and remind us all, that the work has just begun in implementing these rules to manage Miloli’i’s resources. Here, and across the state we face immense challenges due to climate change, overfishing and other ecosystem stressors. This is a giant step in the right direction, and we are grateful for such dedicated partners, rooted in tradition, with the goal of co-management of nearshore resources.”

In 2015, also during the Ige Administration the Hāʻena CBSFA was established on Kauaʻi. In 2016 the Kaʻūpūlehu “Try Wait” community-led marine rules on Hawaiʻi Island were passed. These communities, with Miloliʻi, have inspired communities statewide to propose rules with the DAR to sustain Hawaiʻi’s marine resources.

Governor Ige commented, “It’s beautiful being out in the ocean and being able to see the coral colonies. It’s a spectacular day.”