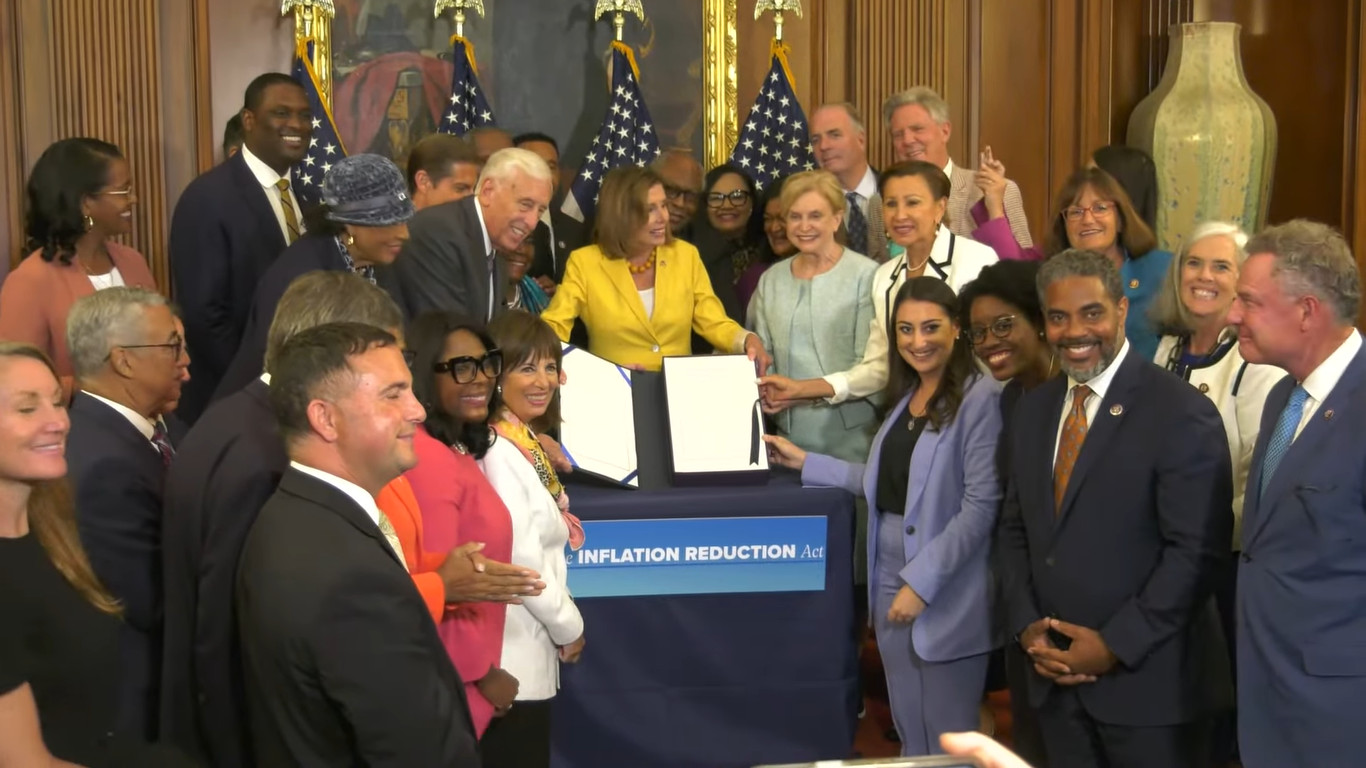 (BIVN) – The two U.S. Representatives from Hawaiʻi, Democrats Ed Case and Kai Kahele, voted to pass “the largest climate investment in American history”. The measure will also “allow Medicare to negotiate prescription drug prices for the first time, all while ensuring that billionaires and corporations pay their fair share in taxes,” supporters say.

On Friday, the U.S. House voted 220-207 to pass the Inflation Reduction Act. Previously passed by the U.S. Senate, the bill was supported by the Democratic majority. Republicans did not vote in favor of the legislation.

Both Rep. Kahele and Rep. Case commented on the vote.

“The Inflation Reduction Act is a historic victory for Hawaiʻi families and our planet. The effects of climate change are all too present across our islands. This legislation invests in our keiki’s future and ensures they inherit the Hawaiʻi they deserve,” said Congressman Kahele, who today makes a bid for Hawaiʻi governor in the primary election. “Democrats are delivering on the promise we made by fighting to build a fairer, cleaner economy, lowering costs, creating better-paying jobs and building a future we can be proud of.”

“Families across our Hawai‘i are suffering from high energy prices at the pump and on their electricity bills, along with rising health care costs in their pharmacies and at the doctor’s office,” said Case. “To help everyone during these challenging times, the Inflation Reduction Act will lower health care premiums, prescription drug costs and out-of-pocket spending for seniors, while increasing American energy security, reducing energy costs and creating millions of jobs. The Act will also bring down the national deficit and debt by ensuring corporations pay their fair share and allocating Medicare savings back to fiscal responsibility.”

“The crisis of climate change is very real and accelerating, and we must lead the world in combatting it on every front,” said Case. “By investing $369 billion in clean energy, this measure provides for the single biggest climate investment in U.S. history. It increases renewable energy production, lowers energy costs and our dependency on imported oil, and reduces national emissions to 40% below 2005 levels by 2030. This will help Hawai‘i achieve its goal of 100 percent clean energy by 2045.”