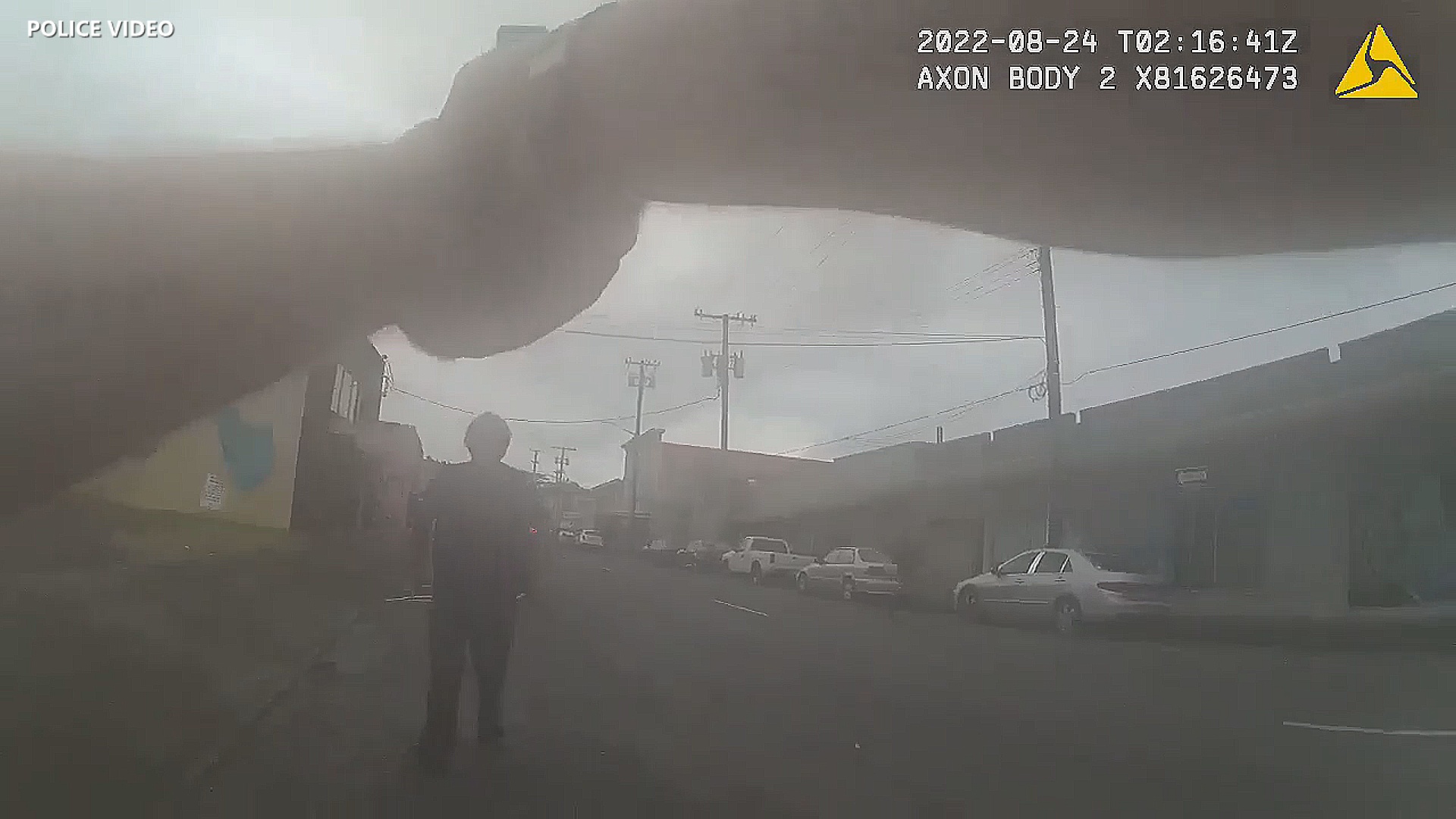 WARNING: Video contains footage that may be disturbing to some viewers. The vieo may also be restricted based on your YouTube settings. (Video of the body-worn camera courtesy Hawaii County Police Department, video of the chief’s statement provided by Hawaii County Police Department. Video recorded at the scene by BIVN. A synthesized voice was utilized in the narration for this story.)

(BIVN) – Hawaiʻi County Police have released the body-worn camera footage showing the officer-involved shooting that occurred this week in Hilo.

In the early evening of August 23rd, a situation involving law enforcement closed down Keawe Street in Downtown Hilo. Multiple officers were present, handling a crowd of concerned onlookers, as one man was seen being loaded into an ambulance.

Eventually, it was learned that there was an officer-involved shooting at this location.

In a news release that was issued by police later that evening, it was reported that a Hawaiʻi Police officer “discharged his duty weapon”, and hit a man who was said to be cutting himself with a knife. The man approached the officer with the knife, while ignoring the officer’s commands.

The next day, the video from the officer’s body-worn camera was released to the media. As a warning, the video shows the moment the man is shot, and may be considered disturbing to some viewers. 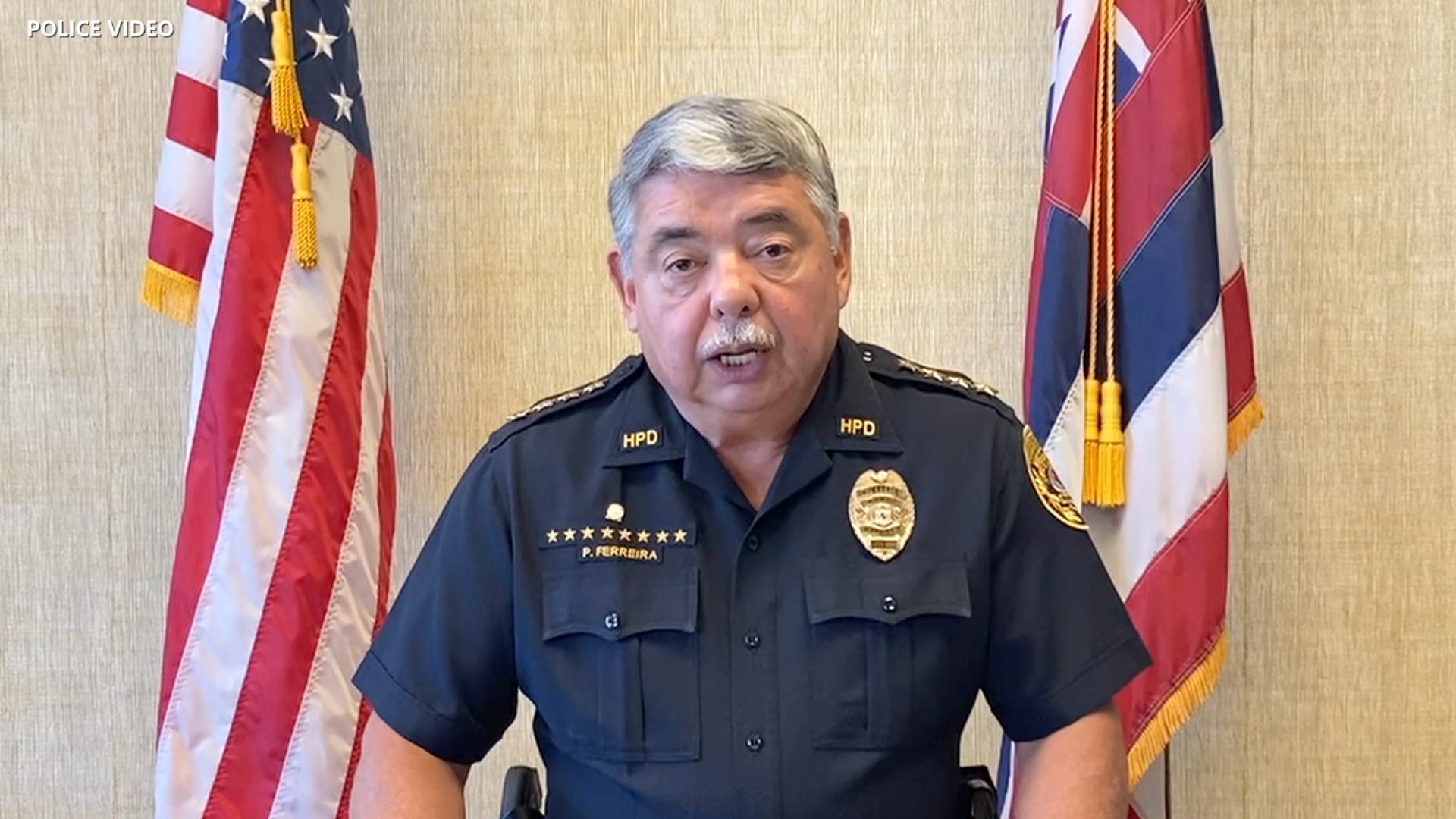 Hawaiʻi County Police Chief Paul Ferreira provided some additional information about the incident, in a video statement that was also released by the police department. Chief Ferreira said:

“On August 23, 2022 at approximately 4 p.m., an employee of a local business on Keawe Street in Hilo reported a male party cutting himself with a knife, bleeding, and screaming at himself. The suspect was described as a dark-skinned male, about six feet tall, wearing a blue shirt and blue jeans. The knife he was holding was described as having a four inch blade. South Hilo Patrol Officers were dispatched to the area. The two initial officers that arrived observed the male suspect standing on the sidewalk with a knife in his hand.

For clarification, CPR was not administered by police or medical personnel at the scene. That was stated in error in our initial release.

There were no reported injuries to any bystanders or to any responding officers.

The suspect is identified as Jordan Cacatian – male, 41 – who has had numerous police contacts prior to this incident. Cacatian sustained self-inflicted lacerations to both his wrists resulting in nerve damage, and two gunshot wounds to his left leg, shattering a bone in the lower part of his leg. Cacatian has undergone surgery for his injuries and is in stable condition. He remains in police custody at the Hilo Medical Center for the offense of terroristic threatening in the first degree and attempted assault of a law enforcement officer in the first degree.

The office of professional standards has initiated a standard internal administrative investigation. The involved officer, a 14-year veteran of the Hawaiʻi Police Department, has been placed on administrative leave pending an internal review of this incident.

We ask anyone who may have witnessed this incident to call the police department’s non-emergency line at 935-3311, or contact detective John Balberde of the Area I Criminal Investigation Section at (808) 961-2386. Thank you very much.”