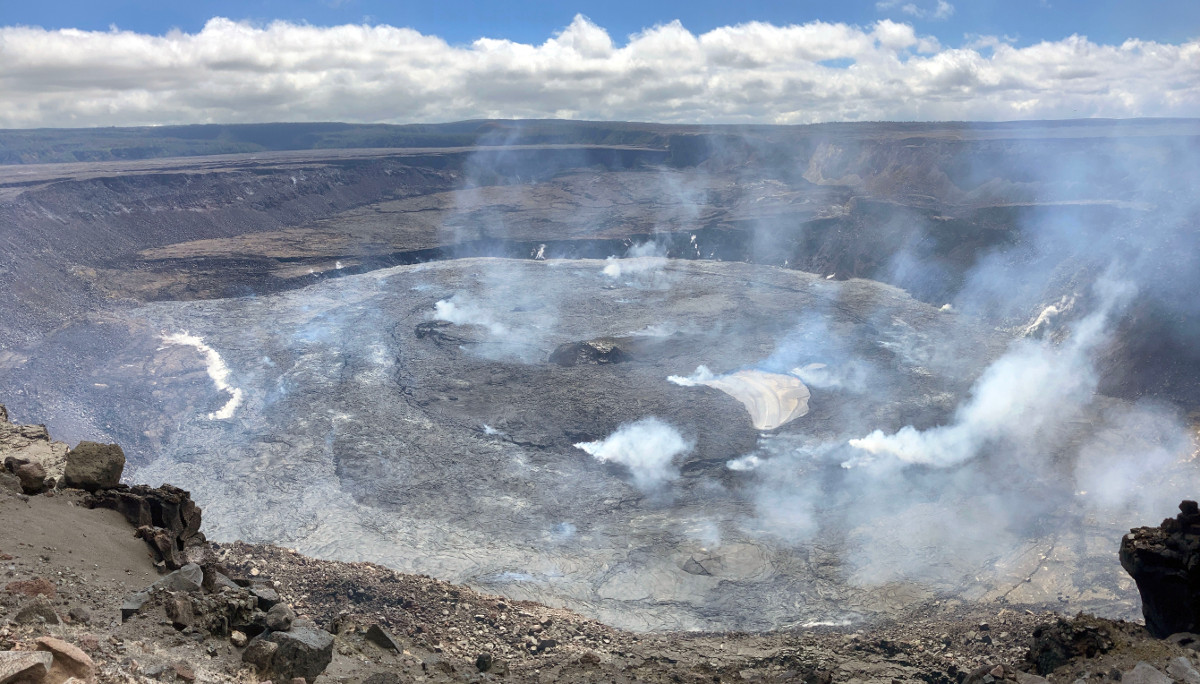 USGS: "This overview photograph of the Halema‘uma‘u eruption at the summit of Kīlauea was captured by a HVO geologist in the morning of August 24, 2022, from the webcam site on the west rim of the crater. The active lava lake (silver) can be seen near the center-right of the frame, with substantial amounts of volcanic gas emitting from the nearby west vent that is feeding the eruption. The lava flows that constitute the remainder of the crater floor now stretch approximately 0.8 miles (1.3 kilometers) from west (near side) to east (far side). Two of the crater's down-dropped blocks from the 2018 summit collapse are being overflowed at this time: one on the north side (left), and another on the west side (lower-right)." (USGS photo by M. Zoeller)

HAWAIʻI VOLCANOES NATIONAL PARK - Today, the eruption at the summit of Kīlauea that began on September 29, 2021 reaches the 11-month mark. 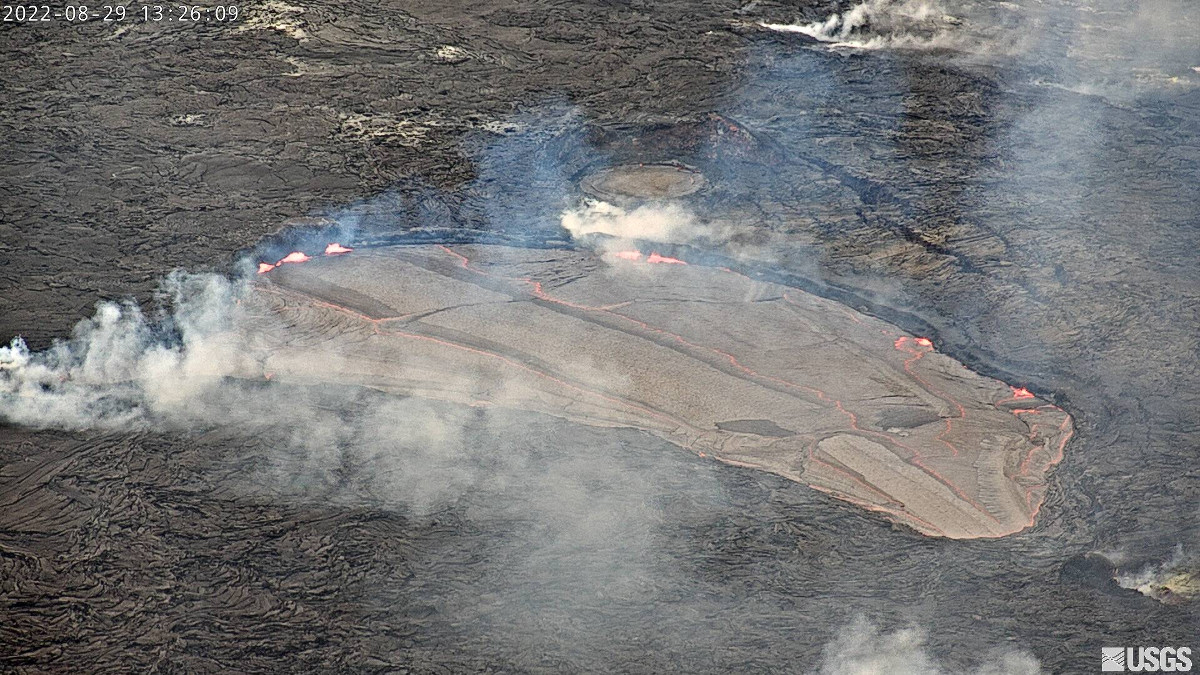 USGS webcam image showing the west vent in Halemaʻumaʻu and the lava lake, from the northwest rim of the caldera, looking south on August 29, 2022.

From the August 29 update from the USGS Hawaiian Volcano Observatory:

Halemaʻumaʻu Lava Lake Observations: Eruption of lava from the western vent into the active lava lake and onto the crater floor continued over the past 24 hours. The active part of the lava lake showed continuous surface activity. Surface activity, outside the lava lake, occasionally occurs from breakouts along the margins of the crater. Overflight measurements from August 16, 2022, indicated that the crater floor had seen a total rise of about 137 meters (449 feet), and that 104 million cubic meters (27.5 billion gallons) of lava had been effused since the beginning of this eruption on September 29, 2021.