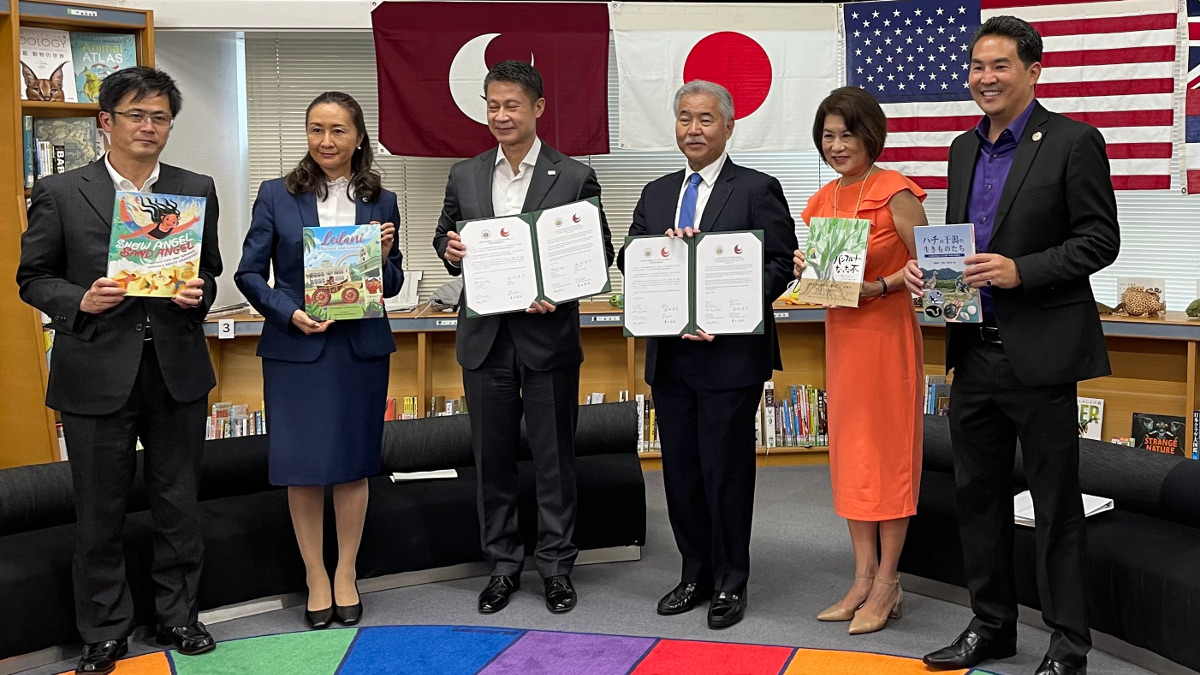 HAWAIʻI - The agreement between the Hawai‘i State Public Library System and the Hiroshima Prefectural Library also marked the 25th anniversary of the signing of the Sister State Agreement between Hawai‘i and Hiroshima. 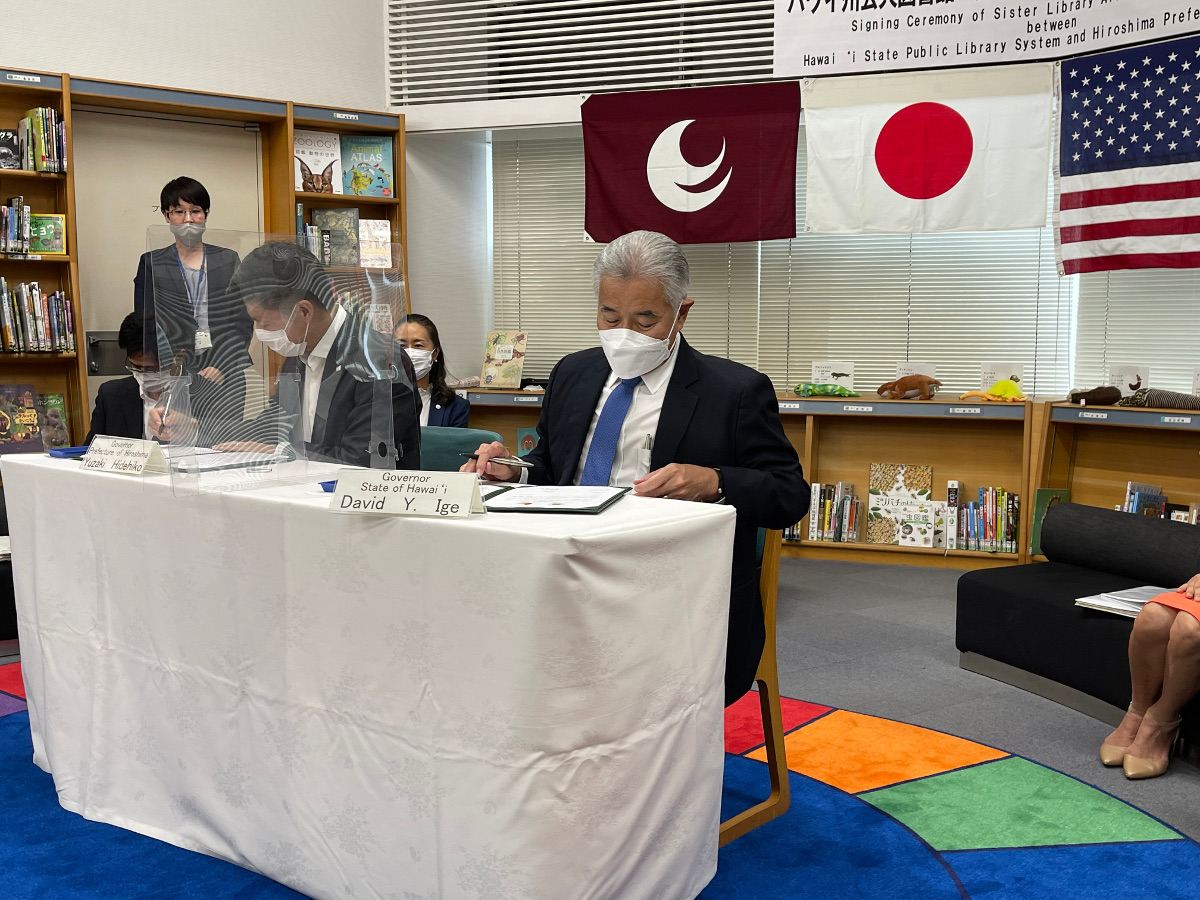 “This sister-library relationship, the first in Hawai‘i’s history, is just one example of Hiroshima and Hawai‘i working together as sister states, promoting a love of reading and sharing the islands’ unique culture and aloha through books,” said Amano-Ige.

The books include educational facts about Hawai‘i, Hawaiian activities for children, a glossary of Hawaiian words and information about Hawai‘i’s ten climate zones.

“I hope young readers and their families will come to the Hiroshima Prefectural Library and borrow these books to learn about Hawai‘i, and perhaps visit us one day,” said Amano-Ige.

Gov. Ige and First Lady Amano-Ige are scheduled to return to Hawai‘i on Sept. 3.