Plan for Hurricanes in Hawaii - English Subtitles (via YouTube) 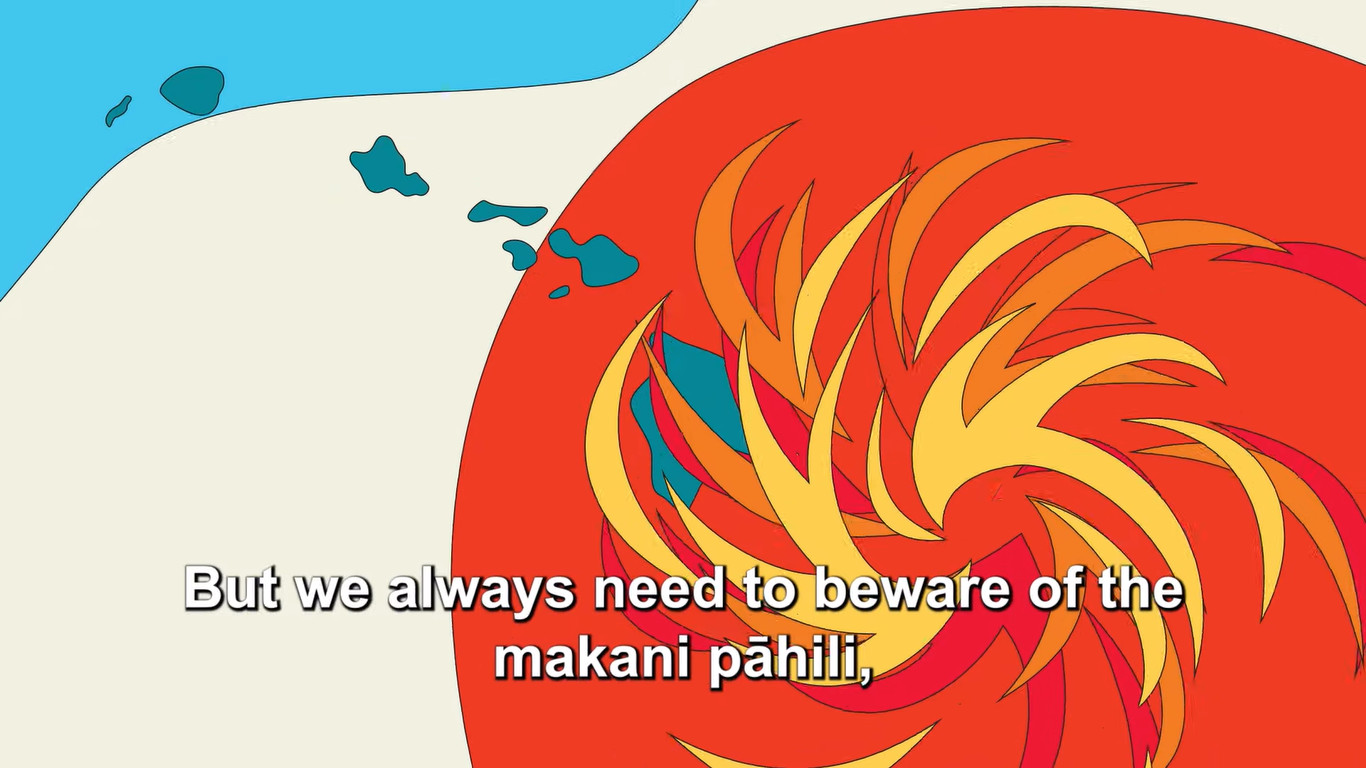 From the Hawai‘i Emergency Management Agency:

The public service announcements (PSAs), debuting during hurricane season, focus on three aspects of hurricane preparedness, but provide good guidance in preparing for any major hazard that Hawai‘i might face, said Luke Meyers, administrator of HI-EMA. The spots address:

“The themes are universal to community preparedness, whether the hazard that might be threatening Hawaii’s people, property, and environment is a hurricane, a tsunami, a wildfire, or a volcanic eruption” Meyers said. “Preparing before a disaster strikes gives you more control over your situation and frees up resources to help the people who need them most.”

The tag line of the campaign — “Don’t Get Scared – Get Prepared” — echoes the theme introduced in a statewide print ad HI-EMA issued on August 14 that encouraged families to build a “Go Kit” and discuss which items to include.

“One of the key messages of National Preparedness Month is that preparedness is the responsibility of the whole community, whether it’s resilience planners or our first responders or the people and visitors of Hawai‘i,” Meyers said. “We can’t control storms or other disasters whether they be natural or human-caused, but we can control what we do to prepare for them.”

The public service announcements use a distinctive style and color palette. One of the spots is based on interviews with Johnny Gordines, a Kaua‘i resident who sheltered at home with his wife, Theresa, when Hurricane Iniki struck the community 30 years ago this month. Neighbors helped clear a path from their home to the hospital, where Theresa gave birth to their daughter the morning after landfall.

“That’s what neighbors are about,” as Johnny put it.

“Johnny and Theresa’s story is a great example of how the aloha spirit connects our communities when they face a challenge,” said Adam Weintraub, communication director for HI-EMA. “It’s one of the lessons of Iniki that still holds true today.”

In addition to broadcast and digital distribution, the first of the PSAs also has been posted to the HI-EMA website, with different language versions linked to the appropriate pages of the agency’s Language Resource Hub, also accessible at the QR code below. Additional versions and translations will be posted to those pages as they are completed.