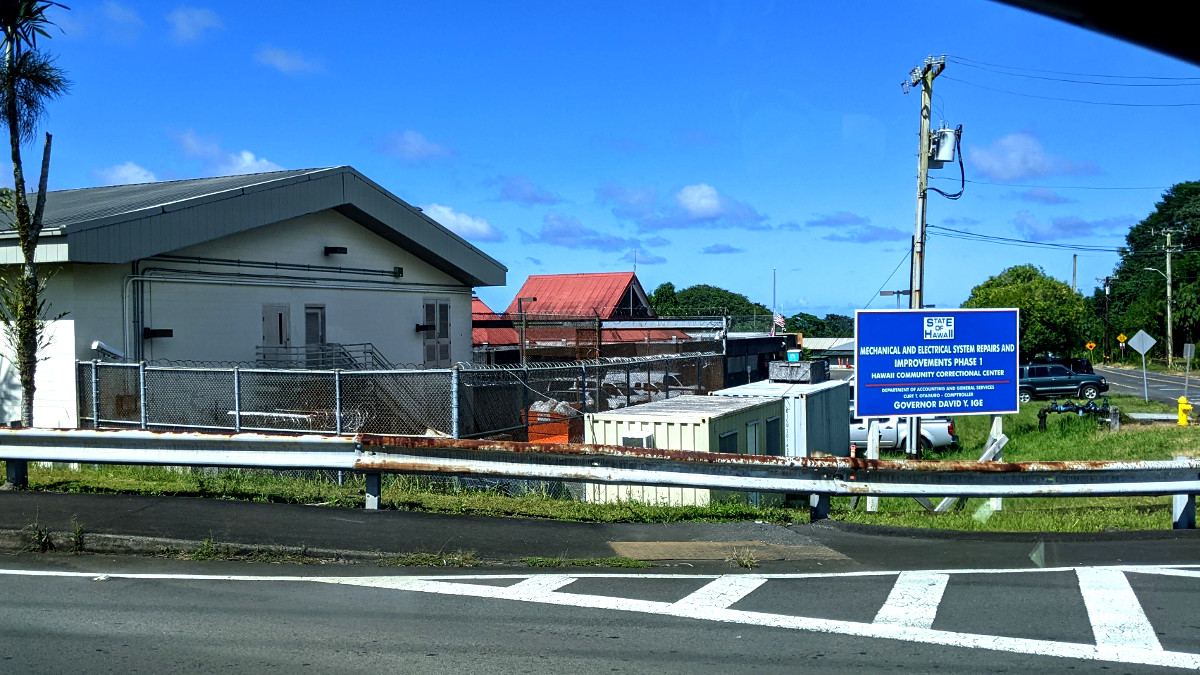 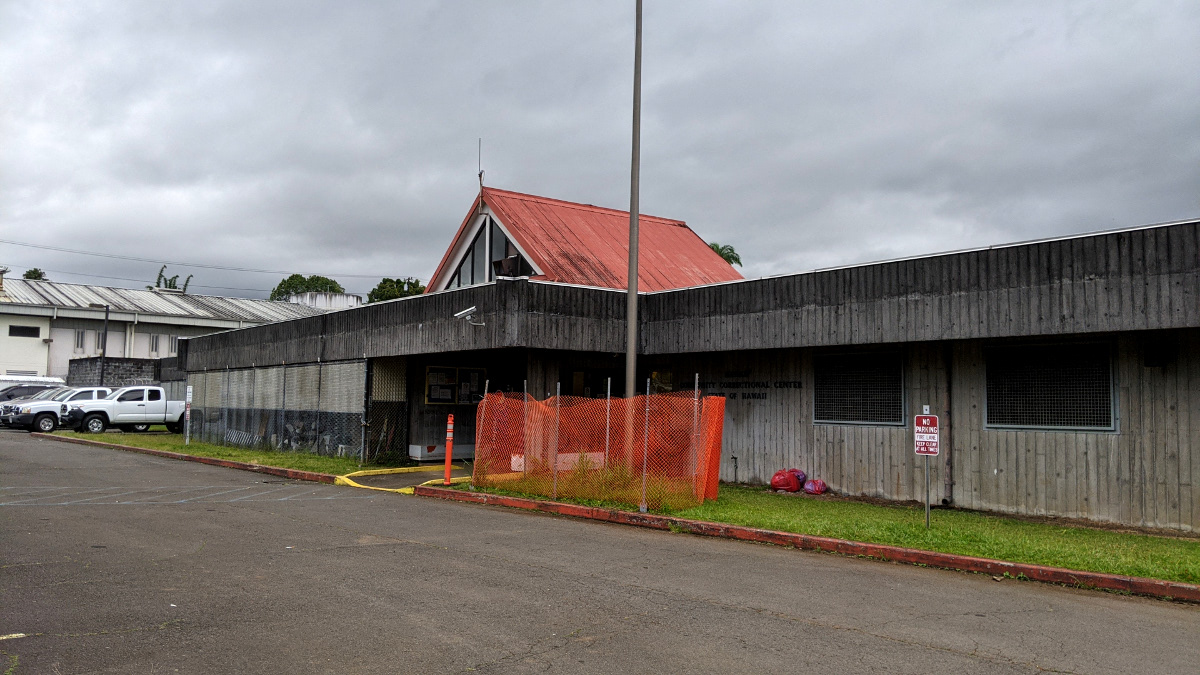 (BIVN) – A September 2 report by the Hawaiʻi Correctional System Oversight Commission – released outside of its regular meeting “due to serious and immediate concern involving the safety of those who work and live at Hawaiʻi Community Correctional Center” – provides details on the observations made by Oversight Coordinator Christin Johnson and Commissioner Ted Sakai during a tour of HCCC on August 25th.

The report says the facility is “egregiously overcrowded”, with the three HCCC buildings (Punahele, Komohana and Waianuenue) at an estimated 170% occupancy rate. “Nearly every cell, each originally designed for one person, had three or four individuals housed,” the report stated. “The back area of Punahele had approximately 15 men housed with mattresses on the floor.”

For example, one “dry-cell” – meaning it had no toilet or access to water – had at least five women housed inside with mattresses on the floor, the report said. “Dry cells are meant to be used for a few hours while proper placement is found,” the documents says, while noting that one of the women inside the cell said she had been there for a month.

The report details a lack of programs and basic services, including “no outdoor recreation” and “no in-person visits due to ongoing construction”.

A shipping container was being used as housing for those exposed to COVID. “The cells had little circulation, no food slot, and a small window with low visibility for officers to see,” the report stated.

“Because of the placement of the container, the only outside recreation area for the main facility has been decommissioned,” wrote commissioner Ted Sakai. “As a result, Punahele inmates take ‘recreation’ in the Punahele dayroom. This seriously limits access of out-of-cell time for inmates who are locked in their cells for most of their waking hours. For example, at one point in our tour, two inmates in leg irons were in the large dayroom, watching television. Because of their security status (max custody or segregation) there could be no other movement through the dayroom.”

Many security locks on doors to cells in Punahele have failed, and are secured by padlocks, the report says. “The use of padlocks on cell doors is of serious concern, as the inmates in these cells cannot be readily evacuated in an emergency,” said commissioner Sakai.

A second tour of HCCC was conducted by the Oversight Coordinator with Tommy Johnson, Deputy Director for Corrections, Michael Hoffman, Institutions Division Administrator, and Warden Cramer Mahoe. “After the tour, the four strategized on what steps could be take immediately and what plans could be initiated for future repairs and resolutions,” the report stated.

Lastly, the Coordinator would like to highlight that the below issues are a system-failure. These issues were not caused by, and cannot be solved by, the Warden or staff at the facility alone. Additionally, many of the below issues took months or years for the conditions to reach their current state. It was the Coordinator’s impression that the Warden is doing the most he can for his staff and the people housed under his supervision. It is clear the Warden tours the facility often and has respect from staff and people in custody alike. Although the Warden did specify that he has been working with the courts on solutions to the overcrowding, overcrowding and shortage of staff is not a solution he can solve on his own. Therefore, it is the hope of the Oversight Coordinator and the Hawaii Correctional System Oversight Commission that the heads of the Department of Public Safety take this report extremely seriously and take action immediately. It is understood that some of the following concerns will take an extended period of time to address, however, it is expected that the Department will form specific strategies and immediate plans to address the following issues.