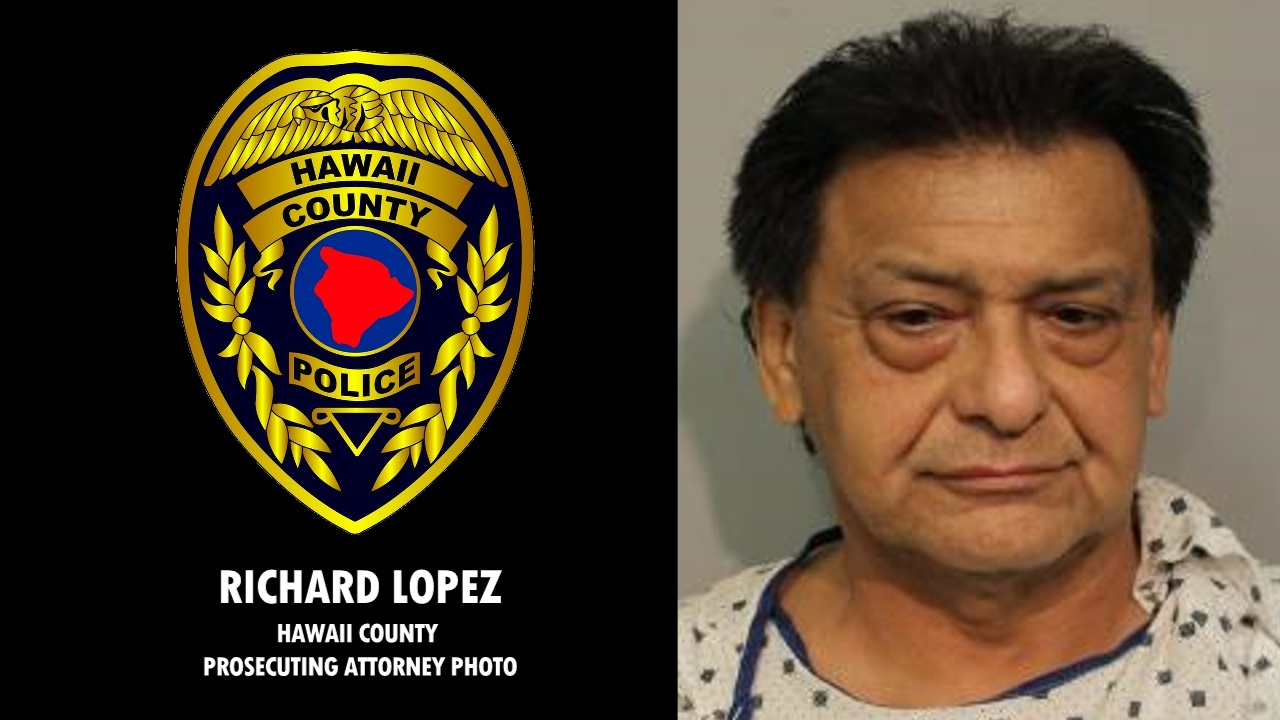 graphic by BIVN, photo courtesy Office of the Prosecuting Attorney

Prosecuting Attorney Kelden Waltjen announced that a California man, 65 year-old Richard Lopez was indicted with attempted murder, assault, and abuse charges. The charges stem from a September 1, 2022 incident at the Waikoloa Beach Marriot Resort. Lopez is alleged to have stabbed and slashed his 64 year-old girlfriend numerous times to her face and neck.

Lopez is scheduled to make his initial appearance on Thursday in Kona Circuit Court. He remains in custody in lieu of $500,000.00 bail.

The investigation was initiated by South Kohala Patrol, and the felony investigation was handled by Detectives Scott A. Dewey and Brandon Mansur, Area II Juvenile Aid Section, and members of the Area II Criminal Investigation Section, Hawai‘i Police Department. The case is being prosecuted by Deputy Prosecuting Attorneys Kaua Jackson and Kate Perazich.

The Office of the Prosecuting Attorney remains dedicated to the pursuit of justice with integrity and commitment. Anyone having information to assist local law enforcement should call Crime Stoppers at (808) 961-8300