PUNA, Hawaiʻi - Hawaiʻi Police Captain Rio Amon-Wilkins comments at the scene of Thursday's discovery of a body at a residence on Kahakai Blvd. 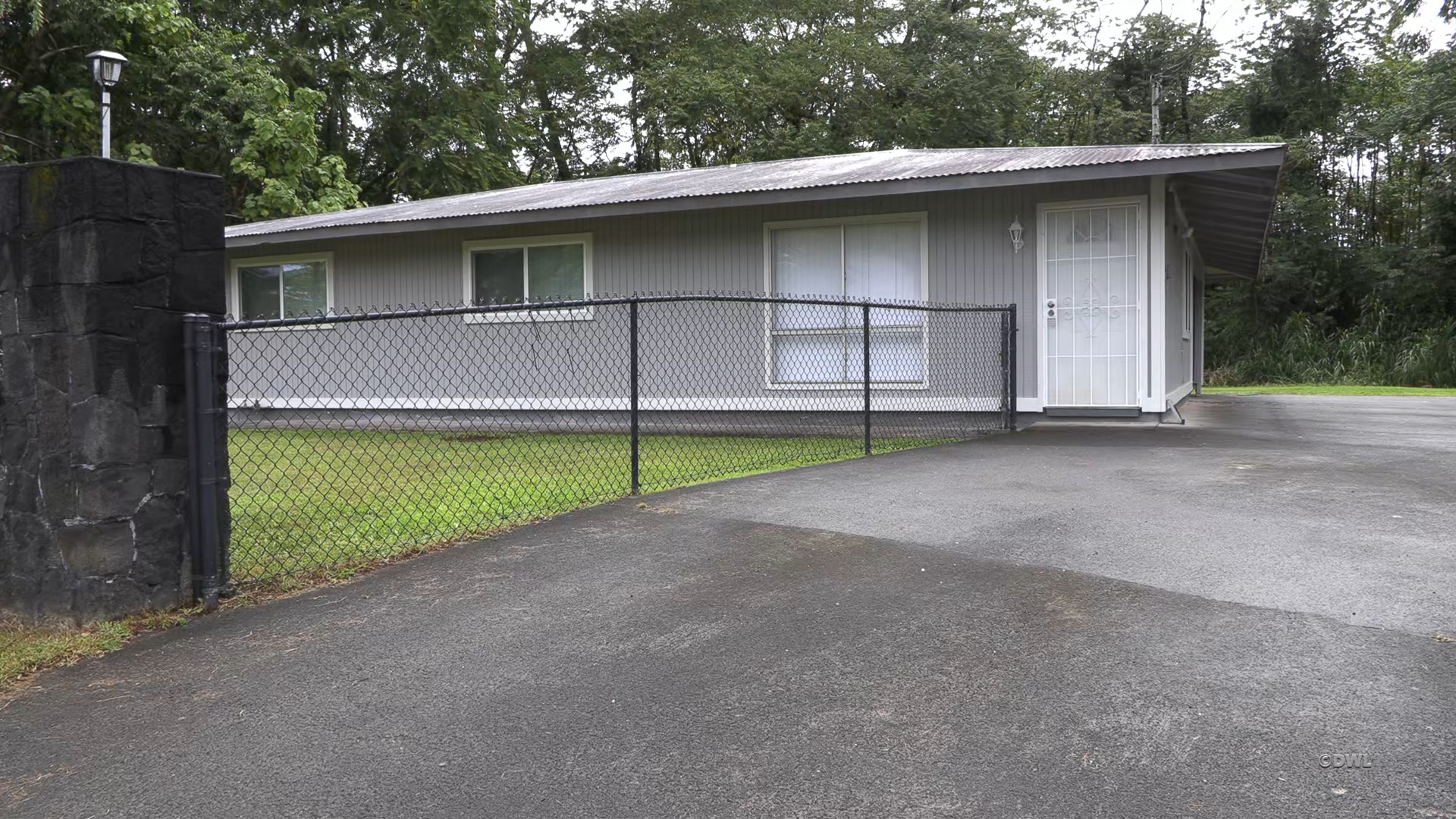 Image of the residence on Kahakai Boulevard in Hawaiian Beaches on Thursday, from video by Daryl Lee

Hawaiʻi Police Captain Rio Amon-Wilkins spoke to news media at the scene of the investigation. Here is a transcript of his statement:

Shortly before five o’clock this morning, Puna patrol officers responded to an active burglary call on Kahakai Boulevard in Hawaiian Shores. Upon responding to the scene, officers went to clear the residence, and located a body of a female in the backyard area. There was also a male – adult male party – on the property.

Officers were able to contact the property owner or caretakers and determine that the residence was actually vacant, and was being remodeled. No one was supposed to be there. No one had permission to be at the residence. So, the male party was initially arrested for trespassing. We don’t know what his involvement is, exactly, at this point.

The victim appears to be an adult female. At this point, she’s not identified.

Amon-Wilkins said the female “has various injuries” and confirmed she was found outdoors, in the backyard of the residence.

Amon-Wilkins also said the male who is in custody is believed to be in his mid-thirties, and is “somebody that is known to police”.