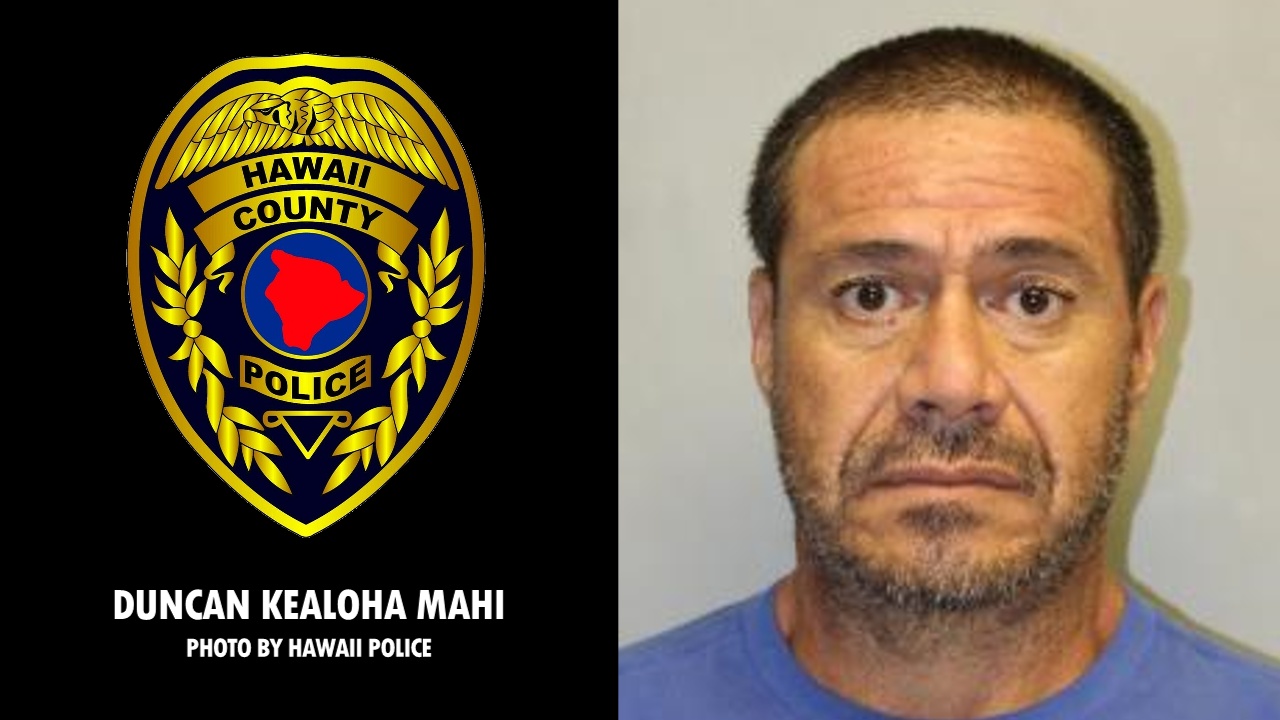 HILO, Hawaiʻi - Mikella Debina was found in good health on Saturday morning in Hilo. The suspect in her apparent kidnapping, Duncan Mahi, was later arrested. 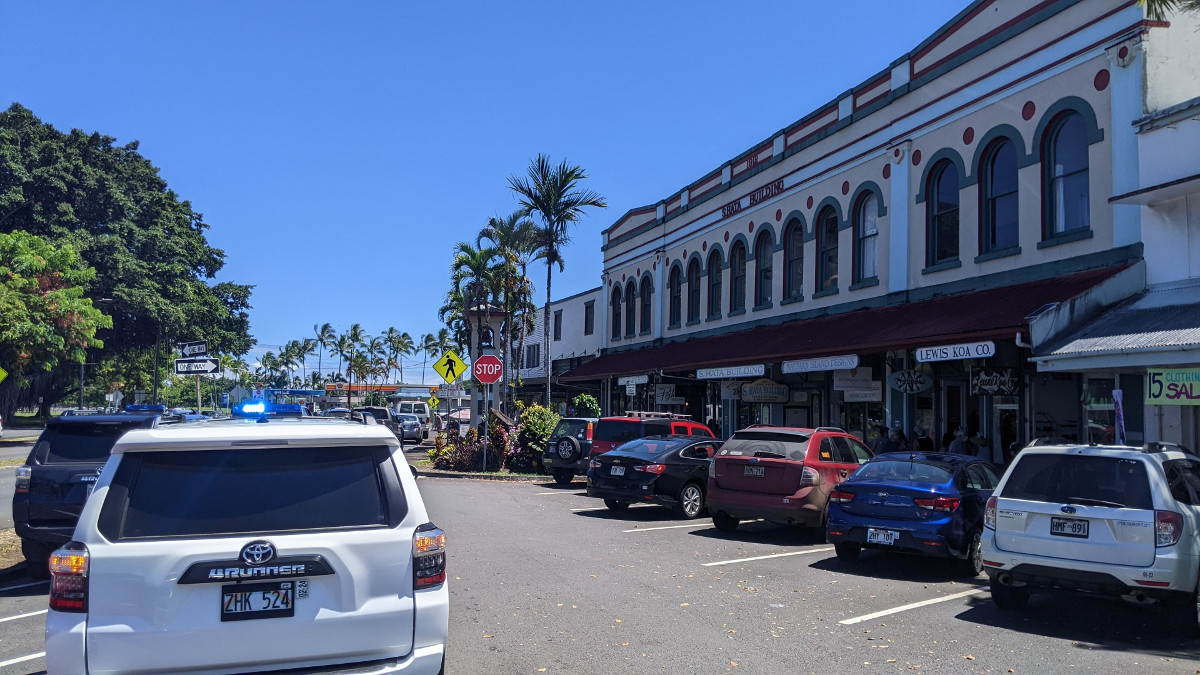 A police car sits outside the area of Downtown Hilo where Mikella Debina was found on Saturday.

The Hawai’i Police Department would like to express a heartfelt mahalo to the Hawai’i Fire Department, the Federal Bureau of Investigation, the United States Marshals Service, the Department of Land and Natural Resources, the National Oceanic and Atmospheric Administration, our private partners, and the countless community members who came together in a concerted effort, allocating numerous resources to this investigation and working tirelessly to locate Mikella.

Officers are looking for Duncan Mahi (pictured above), male, 52-years-old, 5 feet 11 inches, 215 pounds, in conjunction with this investigation. He was last seen on Kamehameha Avenue in Hilo at approximately 11:24 a.m. and may be operating a 2011 White Honda CRV bearing Hawai’i License Plates ZAE959. Police ask anyone with information on his whereabouts to call the Police Department’s non-emergency line at (808) 935-3311.