Video courtesy USGS Hawaiian Volcano Observatory / National Park Service. A synthesized voice was utilized in the narration for this story.

HAWAIʻI VOLCANOES NATIONAL PARK - The eruption at the summit of Kilauea volcano continues, and the volcano alert level remains at Watch. 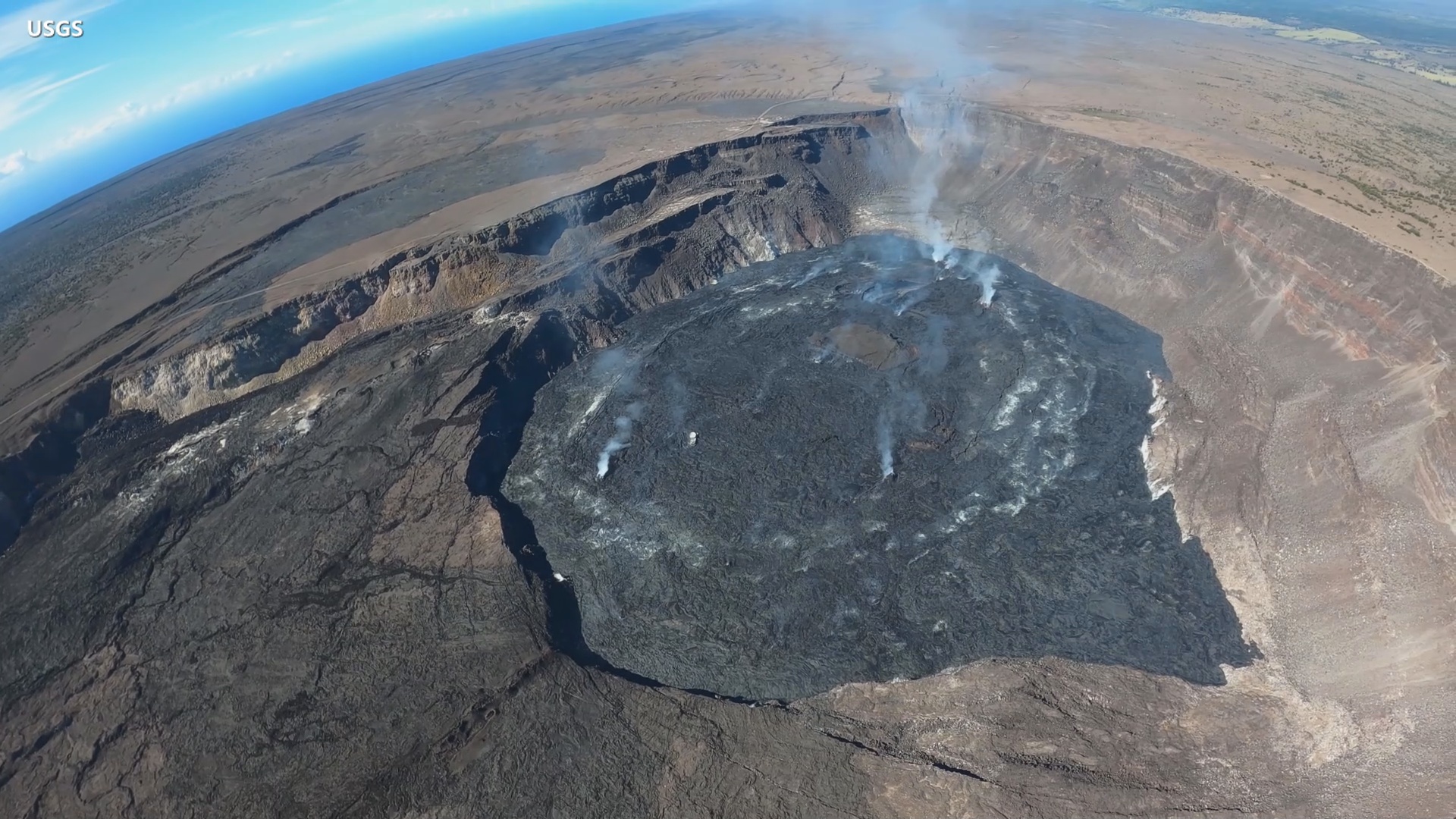 (BIVN) – We are less than two weeks away from the one year anniversary of the current eruption of Kilauea volcano. Given the steady nature of the activity, it is likely the eruption will reach that milestone.

The scientists recorded these evening views of the eruption on September 8, 2022. Solidified crust can be seen foundering and sinking at the lava lake margin, as the the lava lake sloshes. Lava can be seen spattering along the margin of the lake.

All lava is confined to the summit area within Hawaii Volcanoes National Park, as it has been since the eruption began on September 29, 2021. The active part of the lava lake is showing continuous surface activity.

Here, we see footage from a routine helicopter flight over the summit, recorded on September 12. It shows how the active lava lake is limited to the western portion of the crater floor, near the main source of white fume. The remainder of the crater floor consists of solidified lava flows.

Measurements taken during the flight indicate that the crater floor has seen a total rise of about 143 meters, or 469 feet, since the eruption began. And that 111 million cubic meters of lava – or almost 30 billion gallons – has been effused. 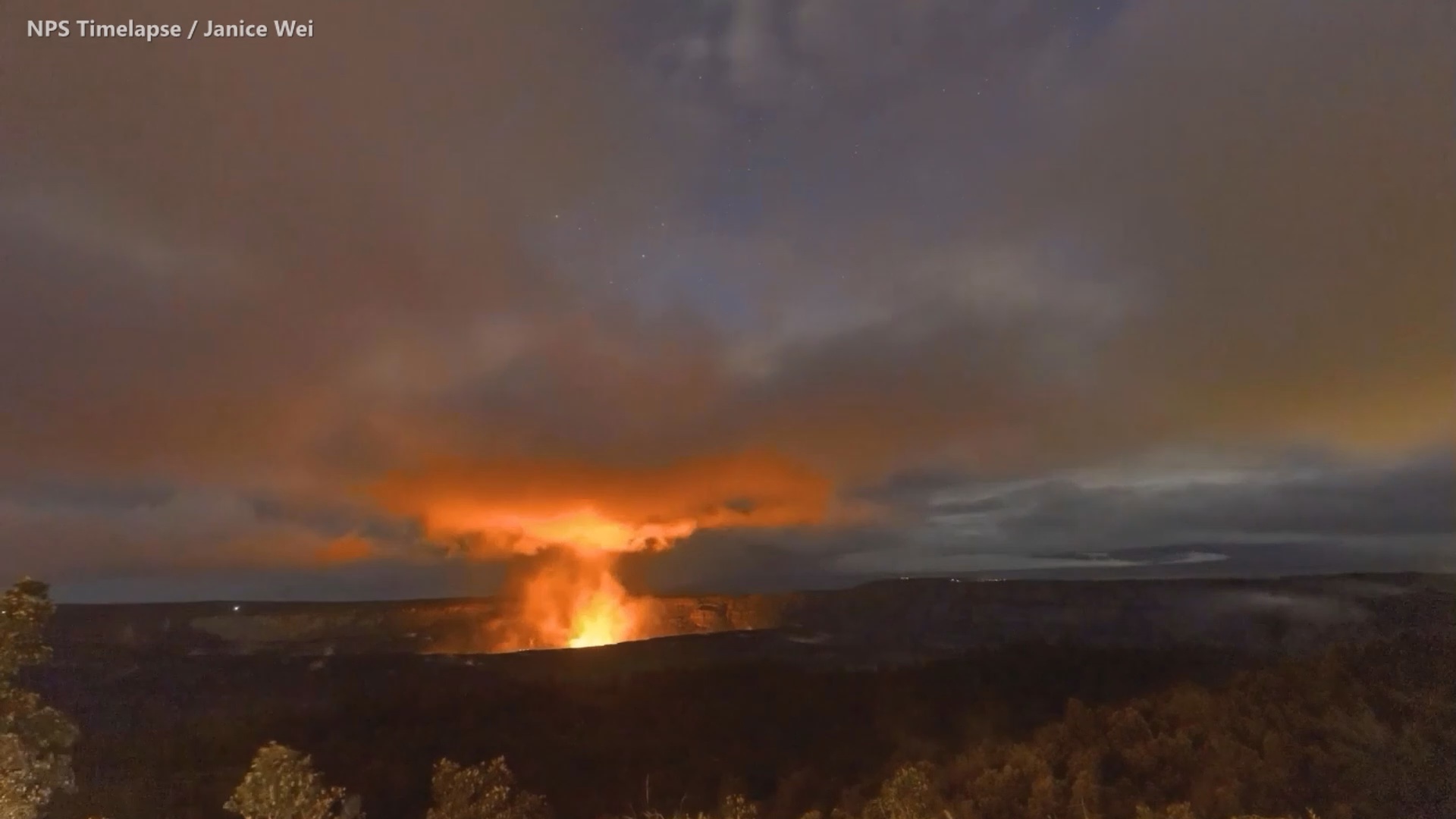 The National Park Service also uploaded a new look at the eruption. Here, a time-lapse recorded on September 11 by photographer Janice Wei.

Scientists say a sulfur dioxide emission rate of approximately 1300 tonnes per day was last measured, about a week ago.

No unusual activity has been noted along the East Rift Zone or Southwest Rift Zone, and the volcano alert level remains at Watch.