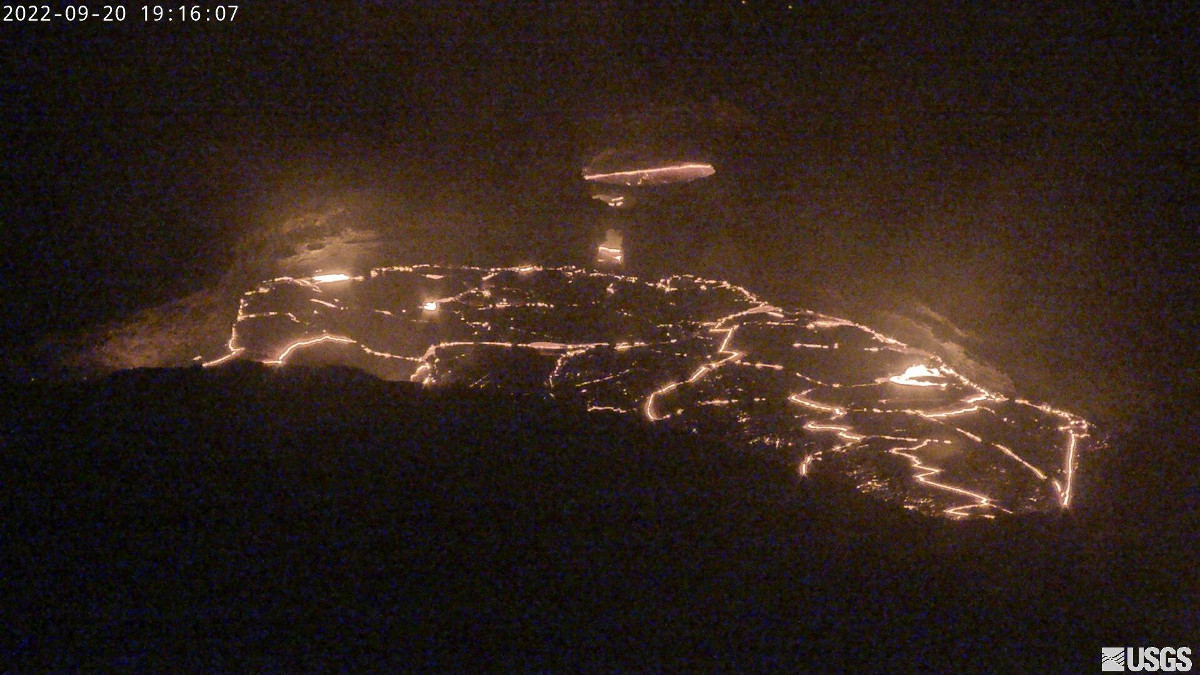 image from USGS webcam captured on Tuesday evening after the increase of activity was observed.

HAWAIʻI VOLCANOES NATIONAL PARK - The USGS Hawaiian Volcano Observatory reported an uptick in seismicity, ground deformation, and surface lava at the summit for a brief period on Tuesday. 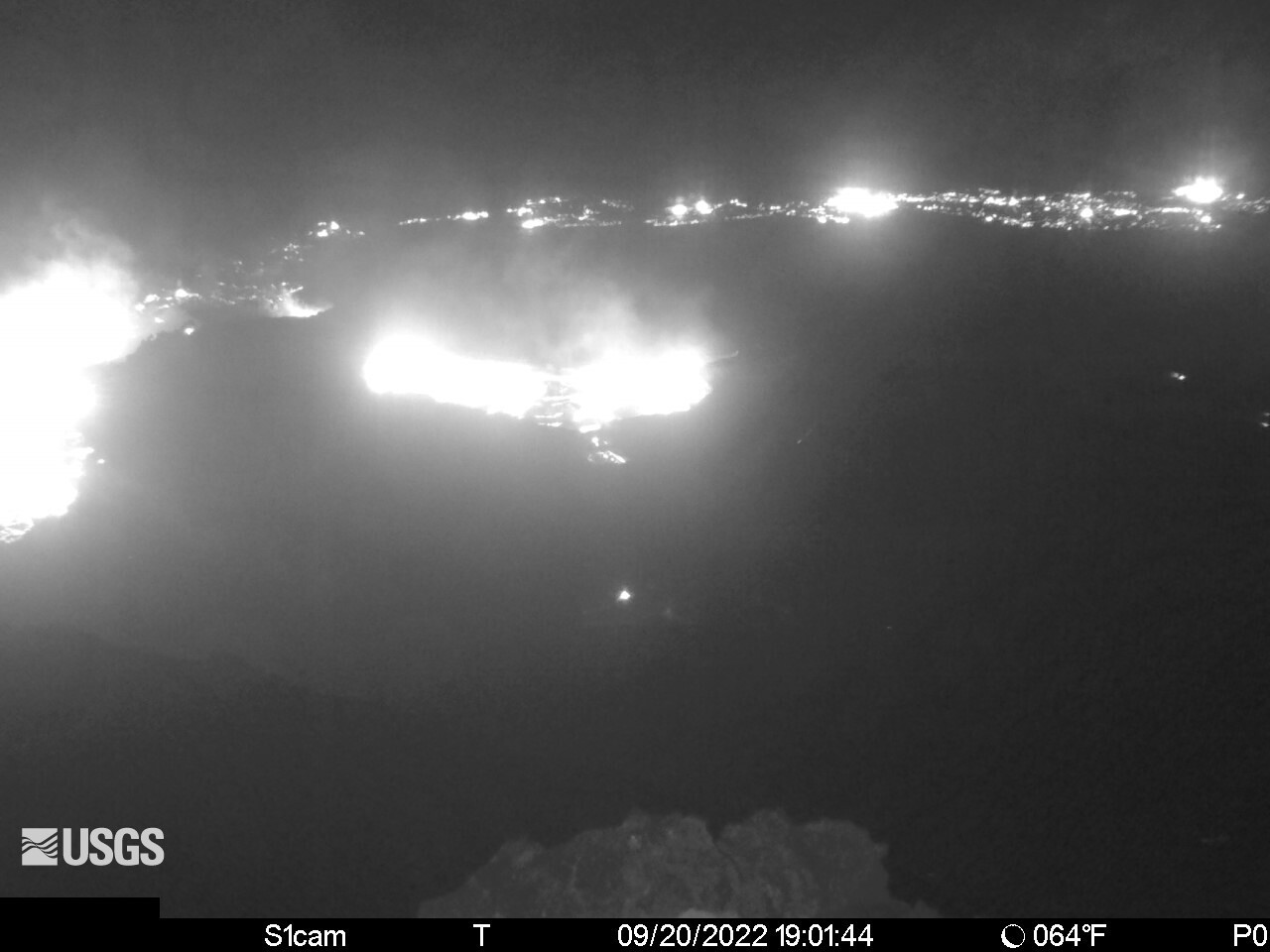 image from USGS webcam captured on Tuesday evening after the increase of activity was observed. Lava breakouts can be seen ringing around the edge of the summit lava lake crust.

Increased seismicity, ground deformation, and surface lava flows at Kīlauea’s summit—within Hawaiʻi Volcanoes National Park—occurred between 3 p.m. and 6 p.m. HST today, September 20. All activity was restricted to the summit region and there is no indication of activity migrating into either rift zone.

This activity likely represented a temporary blockage in the eruption of lava at Halemaʻumaʻu, causing pressurization below the surface. This resulted in the earthquakes and ground inflation. Once the blockage was cleared, eruption of lava resumed with new breakouts occurring on Halemaʻumaʻu crater floor.

Approximately 50 earthquakes were detected beneath Kīlauea summit between 3 p.m. and 6 p.m. today. Most earthquakes in this swarm occurred approximately 1 mile (1.5 kilometers) beneath Halemaʻumaʻu. The largest recorded earthquake was a magnitude 2.9, with the majority of the earthquakes being less than magnitude 2.

A rapid inflation of Kīlauea summit began around 4:20 p.m., coincident with a drop of 23-feet (7-meters) in the lava lake level. The crater floor surrounding the lava lake also subsided by several yards (several meters). New surface breakouts of lava occurred on the west and north margins of the crater floor. Approximately 12 microradians of inflationary ground tilt was measured at the UWE instrument over the following hour. Only minor ground deformation has been recorded at Kīlauea summit since approximately 5:30 p.m.; earthquake activity has returned to near background levels as of 6 p.m.