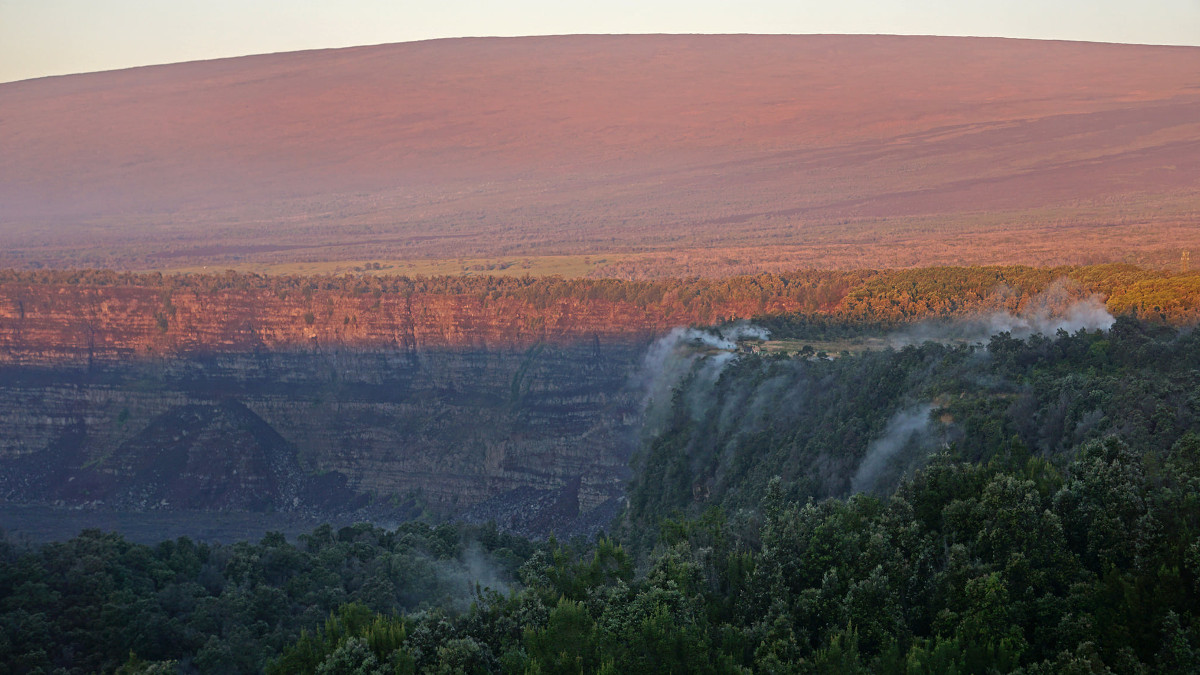 HAWAIʻI ISLAND - Measurements have gone from 8 earthquakes per hour on Friday, down to around two per hour on Monday, which is close to the pre-swarm background levels. 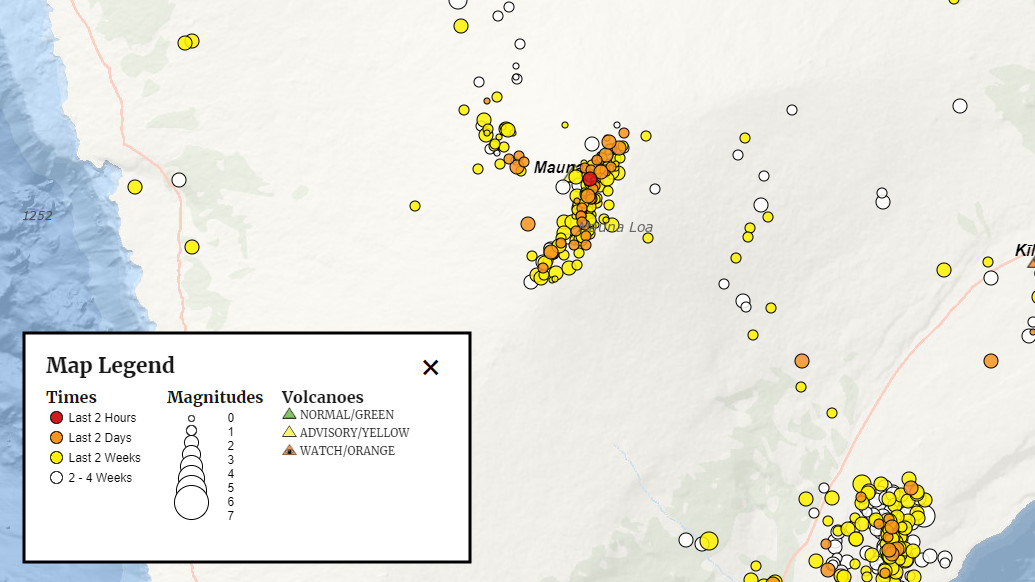 From the Mauna Loa background info from the USGS via HVNP:

Mauna Loa is the largest active volcano on our planet, rising gradually to 4,170 meters (13,681 feet) above sea level. Its long submarine flanks descend an additional 5 kilometers (3 miles) below sea level to the ocean floor. The ocean floor directly beneath Mauna Loa is, in turn, depressed by the volcano’s great mass another 8 kilometers (5 miles). This places Mauna Loa’s summit about 17,000 meters (56,000 feet) above its base. The enormous volcano covers half of the Island of Hawaiʻi and by itself amounts to about 85 percent of all the other Hawaiian Islands combined.

Eruptions typically start at the summit and, within minutes to months of eruption onset, about half of the eruptions migrate into either the Northeast or Southwest Rift Zone. Since its first well-documented eruption in 1843, the volcano has erupted 33 times with intervals between eruptions ranging from months to decades. Mauna Loa last erupted in 1984.

Mauna Loa eruptions tend to produce voluminous, fast-moving lava flows that can impact communities on the east and west sides of the Island of Hawaiʻi. Since the mid-19th century, the city of Hilo in east Hawaiʻi has been threatened by seven Mauna Loa lava flows. Mauna Loa lava flows have reached the south and west coasts of the island eight times: in 1859, 1868, 1887, 1926, 1919, and three times in 1950.