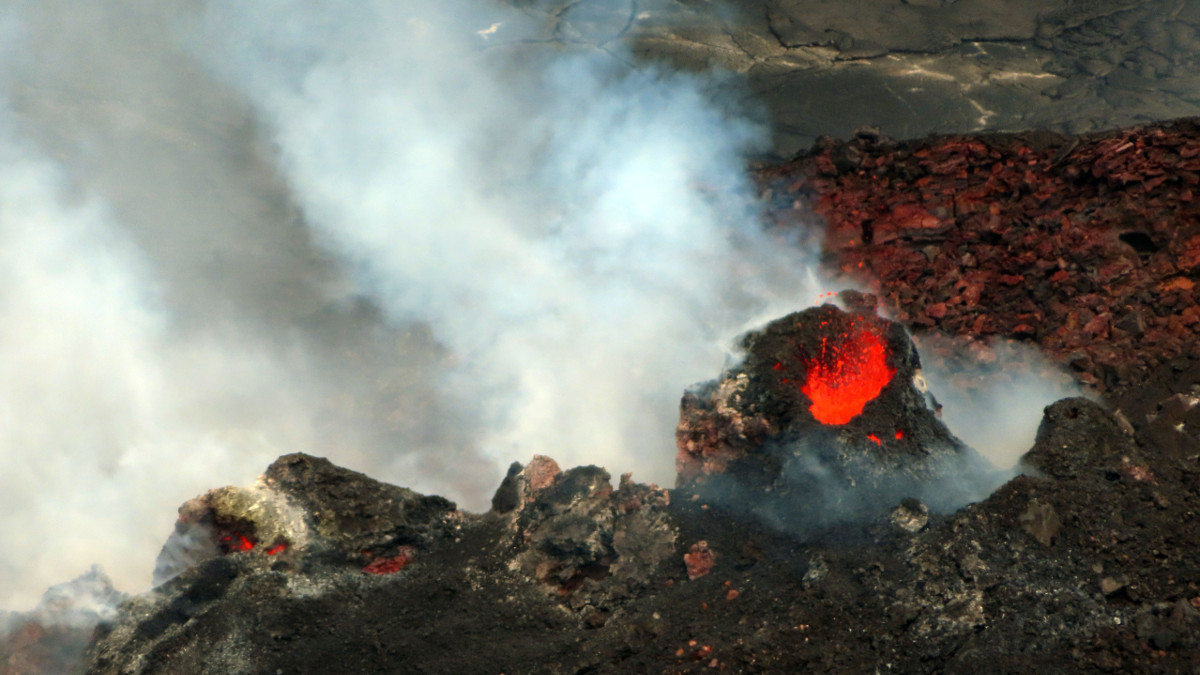 USGS: "The west vent remains active in Halema‘uma‘u, at the summit of Kīlauea. The vent area consisted of several small spatter cones with incandescent openings, along with weak, sporadic, spattering." (USGS photo by M. Patrick)

HAWAIʻI VOLCANOES NATIONAL PARK - As of Thursday, September 29, the summit eruption of Kilauea volcano has lasted for one entire year.

September 29, 2022 — One year of eruption in Halema‘uma‘u, Kīlauea (USGS video via YouTube) 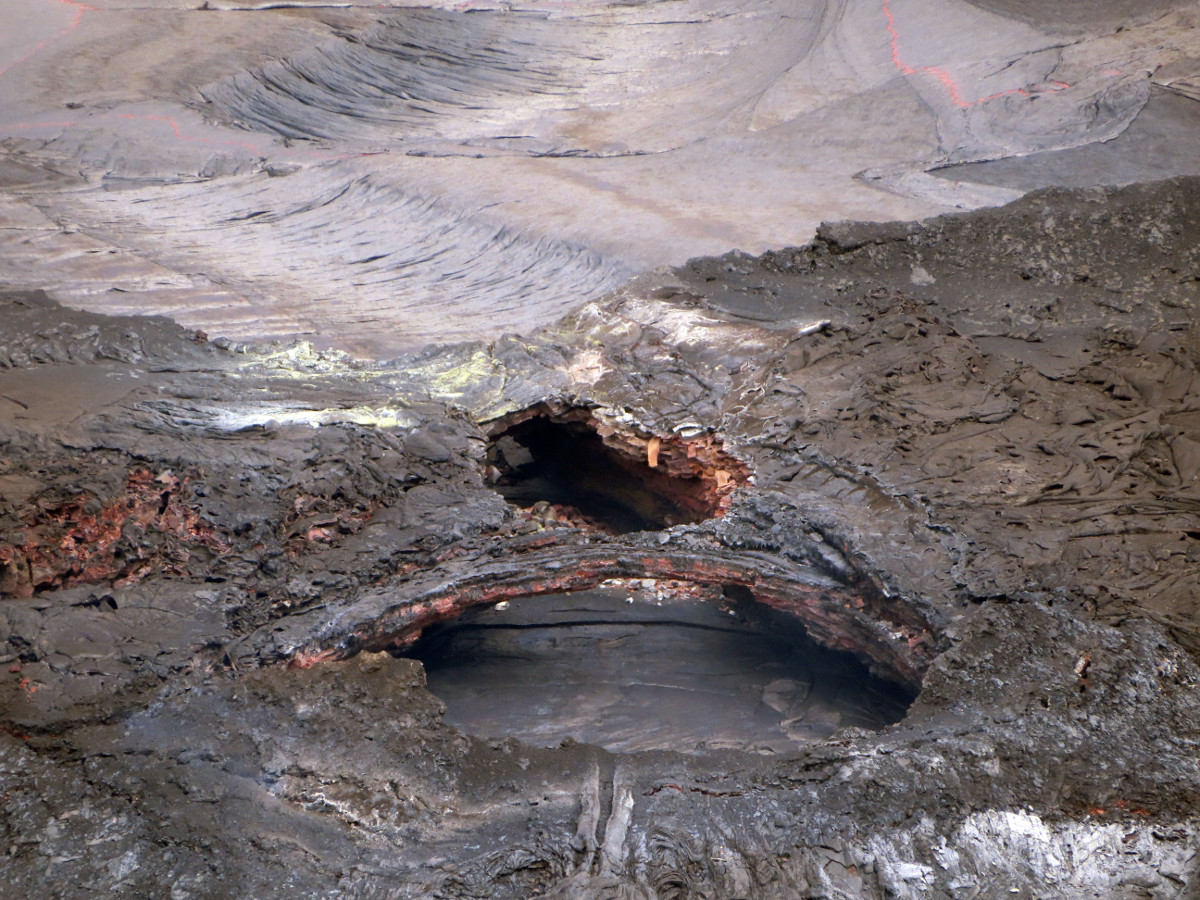 USGS: “On September 20, 2022, a slight drop in lava lake level at the summit of Kīlauea resulted in stagnation of the small lava pond that was supplied by the main lava lake. The drop in lava level left a narrow bridge of solidified lava over the pathway between these two areas.” (USGS photo by M. Patrick)