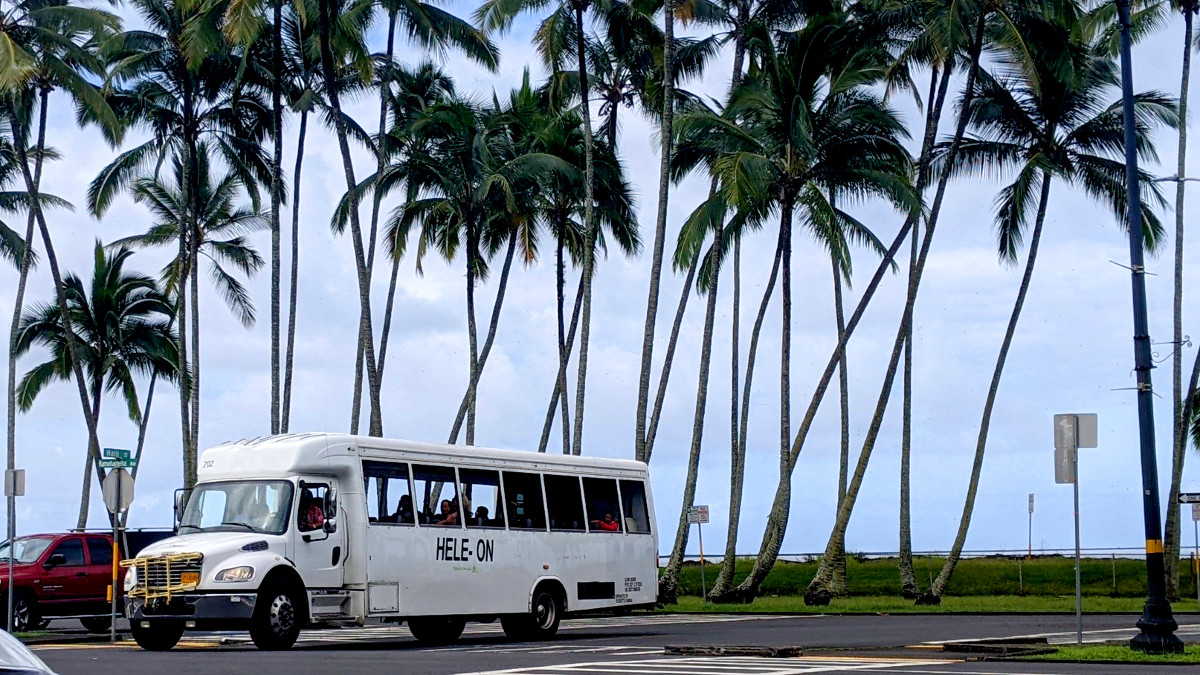 HILO, Hawaiʻi - The increase in ridership is a result of free fares and the implementation of the 2018 Transit and Multi-Modal Transportation Master Plan, officials say. 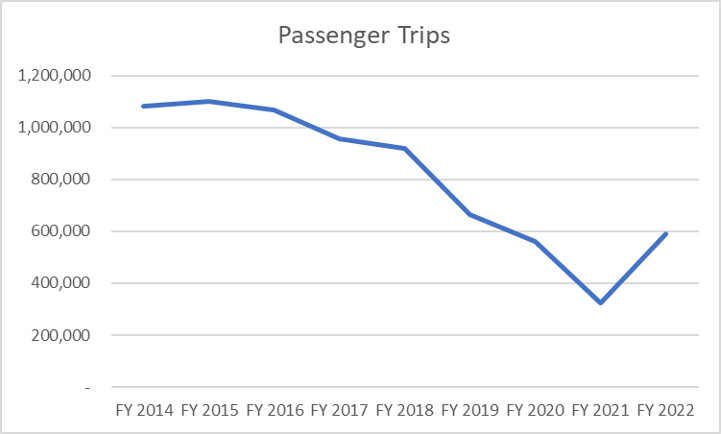 graphic provided by the County of Hawaiʻi

The County of Hawaiʻi Mass Transit Agency has seen a significant increase in passenger trips made in the Fiscal Year 2022 as compared to previous fiscal years resulting from the implementation of the 2018 Transit and Multi-Modal Transportation Master Plan and the use of grant funds from the Federal Transit Administration (FTA) for making fares free on Hele-On bus and Hele-On Kākoʻo paratransit services.

John Andoh, Mass Transit Administrator, and General Manager, said that about 473,083 passenger trips were made on the Hele-On bus alone, and significant ridership gains were made after the transit system went fare-free in March of 2022.

The free fares program costs the MTA roughly $560,000, of which $4,500,000 in Coronavirus Response and Relief Supplemental Appropriations Act (CRRSAA) and $1,879,773 in American Rescue Plan Act from the FTA will continue to cover each year through December 31, 2025, with no local match required.

The Hawaiʻi County Council approved the program in February of 2022.

“This program is about opportunity,” said Mayor Mitch Roth. “As we continue to strive for an island that helps our residents thrive and succeed, we must ensure that they have the ability to get where they need to be when they need to be there – at little to no cost. The way we see it, transportation is a bridge that connects people to workplaces, recreation, their families, and so much more. That’s why it’s a priority, and that’s why we’re proud to offer that service for free.”

Hele-On also is using the grant funds to cover the implementation of the new transit service network as planned in the 2018 Transit & Multi-Modal Transportation Master Plan, which increased public transit access in the Hilo, Kailua-Kona, Waimea, Puna, and Kaʻū areas of the island with later service, more frequent service, and added Sunday and Holiday services. The Master Plan is helping the County restore creditability in its public transit system and allows it to be an integral part in connecting people to jobs, education, social service, and a better quality of life while driving economic development. With that, transit access to underserved communities, such as Pāhoa, now has much better transit access with seven days a week transit service, paratransit service, and additional small bus service within the many subdivisions along Highways 11 and 130.