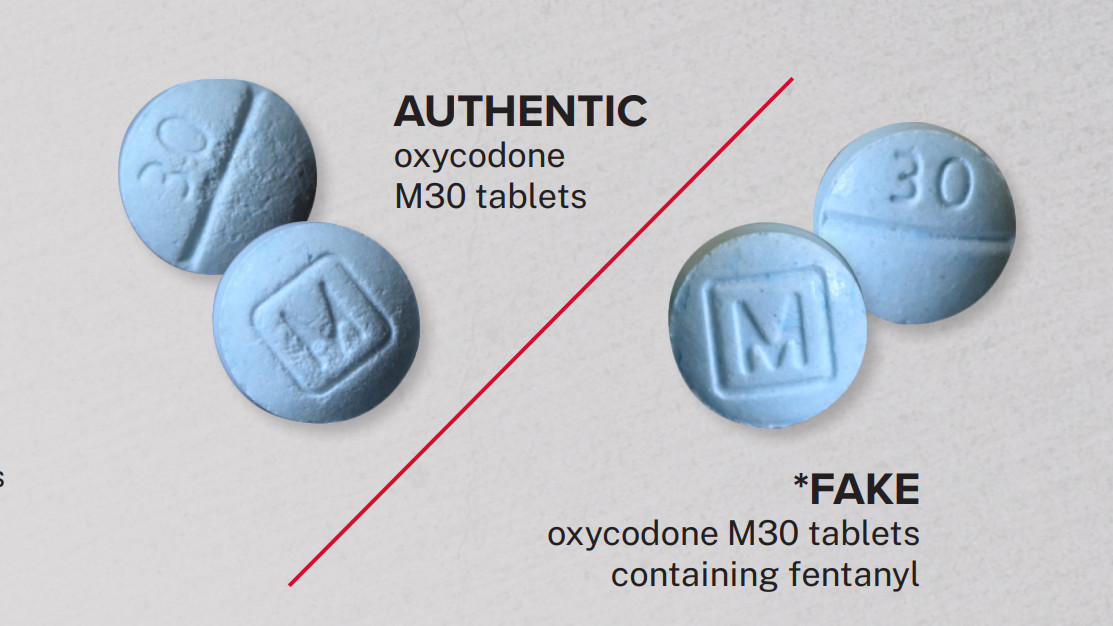 "Criminal drug networks are flooding the U.S. with deadly fake pills," according to the U.S. Drug Enforcement Administration. "Many counterfeit pills are made to look like prescription opioids such as oxycodone (Oxycontin®, Percocet®), hydrocodone (Vicodin®), and alprazolam (Xanax®); or stimulants like amphetamines (Adderall®)." (graphic courtesy DEA website) *Photos of counterfeit pills do not represent all available fake pills

HAWAIʻI ISLAND - Hawaiʻi Police offer tips for parents and caregivers concerning illicit fentanyl and fake pills, and what to do in case of fentanyl poisoning. 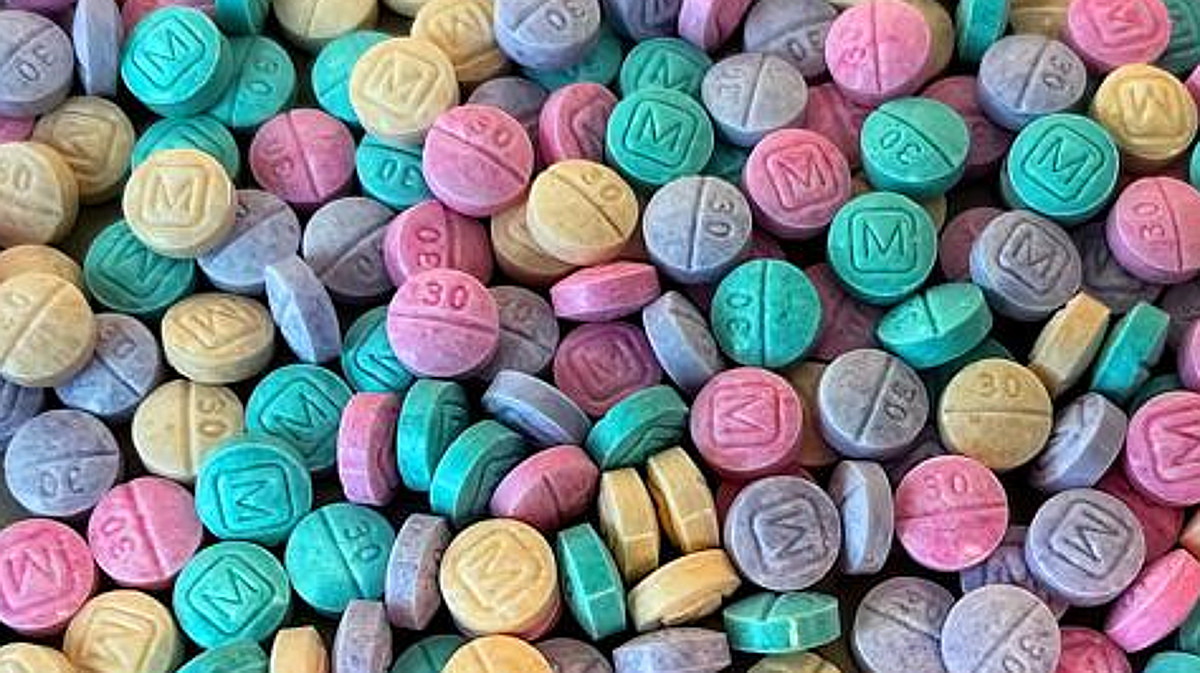 (BIVN) – With multiple fentanyl-related arrests reported across Hawaiʻi island recently, and with Halloween approaching, police are reminding the public to be aware of the dangers of the drug.

“This drug is way more dangerous than anything else we’ve encountered in recent years,” says Detective Jesse Kerr, of HPD’s Area I Vice Section. He is 24-year-veteran of the department, who has worked in Vice for more than four years.

One of the factors making illicit fentanyl so dangerous is that it is 50 times more deadly than heroin. Plus just a tiny amount of fentanyl, as little as two milligrams (about one grain of Hawaiian salt) can be fatal in a non-opioid-tolerant person.

In addition, drug traffickers are disguising fentanyl as legitimate prescription pills, such as Adderall, Xanax, and OxyContin, or pressing it in colored pill form such as rainbow fentanyl.

“The risk is that people might unintentionally ingest something not realizing it may contain fentanyl,” adds Captain Thomas Shopay, of HPD’s Area II Criminal Investigation Division.

“People of all ages should always make sure they know the origin of the medication they take and to not take pills from unknown sources, even if they come from friends.” He notes that the drug landscape is dramatically different from even just a few years ago and encourages all parents and caregivers to be educated about current drug threats and to have informed talks with their kids.

Police say you should not touch prescription medication or drugs of unknown origin. “Try to determine the item’s identity by checking with people who could have placed it there,” police say. “If unable to determine its origin and the drug-related item seems suspicious, notify Hawai‘i Island police at (808) 935-3311.”

Police say an individual experiencing fentanyl poisoning may exhibit one or more of the following:

One option to counter fentanyl poisoning is Naloxone, police say, “if it is available and you have received training in its administration.” The Hawai‘i Health and Harm Reduction Center is offering a free dose of Naloxone to all residents of Hawai‘i.