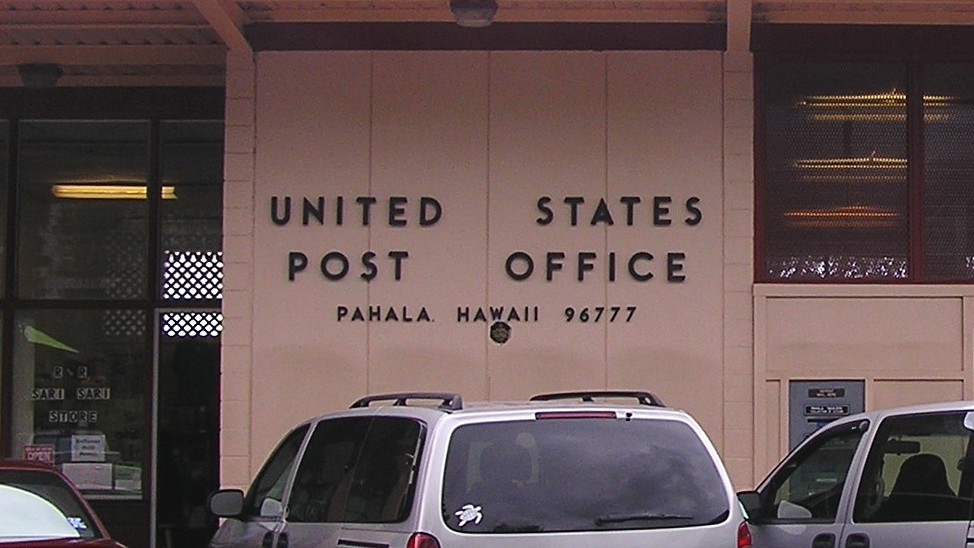 PAHALA, Hawaiʻi - The retail lobby of the Pahala Post Office was forced to close due to damage to some of its interior light fixtures.

(BIVN) – The Pahala Post Office announced it has reopened for business as usual on Friday, October 21.

The retail lobby of the post office located in the remote town in Kaʻū had been temporarily closed since last Friday following the earthquakes under the southeast flank of Mauna Loa volcano. The seismic activity caused damage to some of the post office’s interior light fixtures.

Before the reopening, USPS leadership is said to have conducted “a thorough assessment of the facility to ensure that it was safe for its employees and customers.”

“We want to thank our customers for their patience and flexibility during our temporary closure,” said Pahala Postmaster Gina Gomes in a news release. “We are excited and happy to be able to reopen our facility and resume full service to the Pahala community.”

The earthquakes – in particular, a magnitude 4.6 followed 24 seconds later by a larger magnitude-5.0 – combined to create “shaking of longer duration and possibly greater intensity than either of the earthquakes would have created on their own”, the USGS Hawaiian Volcano Observatory said. Some minor damage was reported in the Pahala area.

The sequence of earthquakes appeared to be related to “readjustments along the southeast flank of Mauna Loa volcano”, scientists said. The USGS added that the activity had no immediate effect on the continuing unrest beneath Mauna Loa summit.