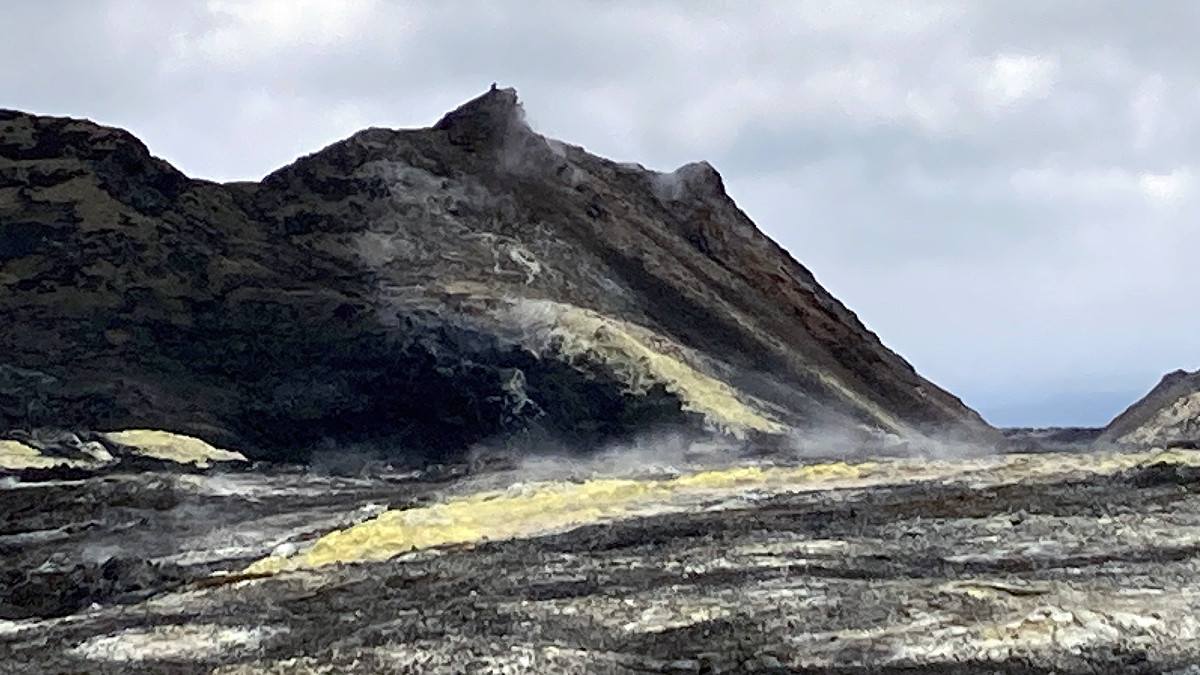 USGS photo of Sulphur Cone on the Southwest Rift Zone of Mauna Loa, on September 8, 2022. (USGS image by T. Elias)

Another Meeting On Mauna Loa Volcanic Unrest Set For Kona

HAWAIʻI ISLAND - While officials are meeting with the public, the Hawaiʻi Tourism Authority is crafting a message for visitors to the island.

(BIVN) – Emergency officials and scientists will host another “Status Update and Community Discussion” this weekend on the current Mauna Loa volcano unrest, this time in Kona.

The public meeting will be held on Saturday, November 5, from noon to 2 p.m. at Konawaena Elementary School in Kealakekua. Officials from the Hawaiʻi County Civil Defense agency and the USGS Hawaiian Volcano Observatory will be in attendance.

This is the third public meeting to be held on Mauna Loa in the last few weeks. The first was held in Hawaiian Ocean View Estates, followed by a meeting in Pahala.

Mauna Loa is not erupting and remains at a USGS alert level of ADVISORY. Scientists say there are no signs of an imminent eruption at this time, but they also say the volcano is in a state of heightened unrest due to an increase in earthquake activity and inflation at the summit. The Hawaiian Volcano Observatory says the current unrest is most likely being driven by renewed input of magma a few miles beneath Mauna Loa’s summit.

The Mauna Loa activity is noted in the latest e-bulletin by the Hawaiʻi Tourism Authority, which tried to provide a reassuring message to potential travelers to the Big Island.

“As a reminder, Hawai‘i is a dynamic place with ever-changing landscapes and natural environments,” the HTA wrote. “On Hawai‘i Island, we are continuing to monitor the recent seismic activity occurring at Maunaloa.”

“Maunaloa volcano is not erupting at this time, and recent news of the U.S. Geological Survey (USGS) Hawaiian Volcano Observatory (HVO) monitoring Maunaloa is no reason for travelers to alter their travel plans to Hawaiʻi Island or any of the Hawaiian Islands at this time,” the Hawaiʻi Tourism Authority wrote.